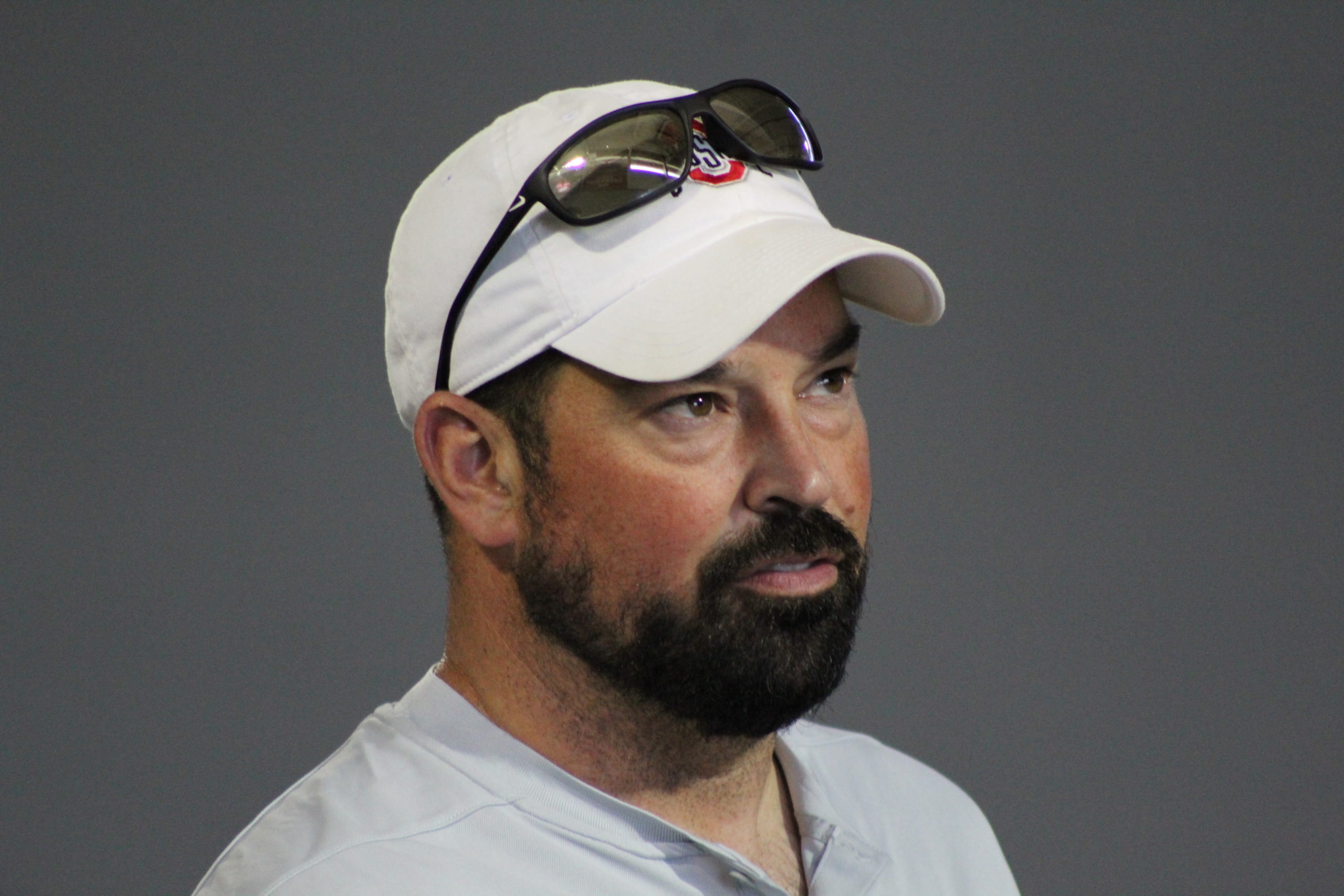 The early signing period for the 2023 recruiting class is still several months away, but a battle is brewing at the top of the recruiting ranks between Ohio State and Notre Dame.

The two Midwest powerhouses have gone back and forth over the last several weeks, and the Fighting Irish currently sit at No. 1 with a team score of 280.72, ahead of Ohio State with 269.12. Notre Dame’s class currently has 19 commitments with an average player rating of 93.20, while Ohio State’s class – with just 16 commitments – has an average player rating of 93.76.

It was expected that Ohio State and Notre Dame’s recruiting battles may start ramping up, especially with Marcus Freeman taking over for the Fighting Irish, but it was perhaps not expected that the battle would take place at the top of the rankings.

Ohio State’s status as a top-five recruiting class is expected, but Notre Dame as one of the top classes in the country is uncharted territory, and it’s largely in part due to Freeman finding success on the recruiting trail and going head-to-head with the Buckeyes.

Several currently uncommitted prospects are considering both schools, including Hoschton (Ga.) Mill Creek five-star safety Caleb Downs (6-0, 185) and Hyattsville (Md.) DeMatha Catholic four-star defensive lineman Jason Moore (6-6, 255). While the Buckeyes are currently viewed as the favorite for Moore and certainly in the conversation for Downs, the fight will go down to the wire with the Fighting Irish, as either recruit could turn the tide as to who might end up with the No. 1 class in this cycle.

Another key factor in this battle could be Tampa (Fla.) Berkeley Prep five-star defensive end Keon Keeley (6-6, 242), who the Buckeyes have targeted as a potential flip for their class. Keeley has been committed to the Fighting Irish since last June and is the highest-rated recruit in their class, and is the No. 8 overall prospect in the class.

Keeley visited Ohio State earlier this spring and does not currently have a return visit scheduled, but if he does get on campus for an official visit, the Buckeyes could have a shot at flipping one of the top recruits in 2023.

And while the focus has been on Ohio State and Notre Dame throughout the cycle, don’t forget about some other schools that have made up ground in recent weeks. Texas has receive 10 commitments following the verbal pledge of New Orleans (La.) Isidore Newman five-star quarterback Arch Mannng (6-4, 215).

While four of those prospects are three-star recruits, that group also includes DeSoto, Texas, five-star wide receiver Johntay Cook II (6-0, 175) and New Iberia (La.) Westgate five-star safety Derek Williams (6-2, 185), which means the Longhorns have the most five-star prospects in the class.

Alabama – currently the No. 8 class in the nation – is also beginning to make strides, picking up seven commitments in the last few weeks, including Alabaster (Ala.) Thompson five-star cornerback Tony Mitchell (6-2, 180). The Crimson Tide have not finished outside of the top two classes since 2018, so it’s a fair assumption that Alabama will continue to rise and eventually push Ohio State and Notre Dame for the top class in 2023.