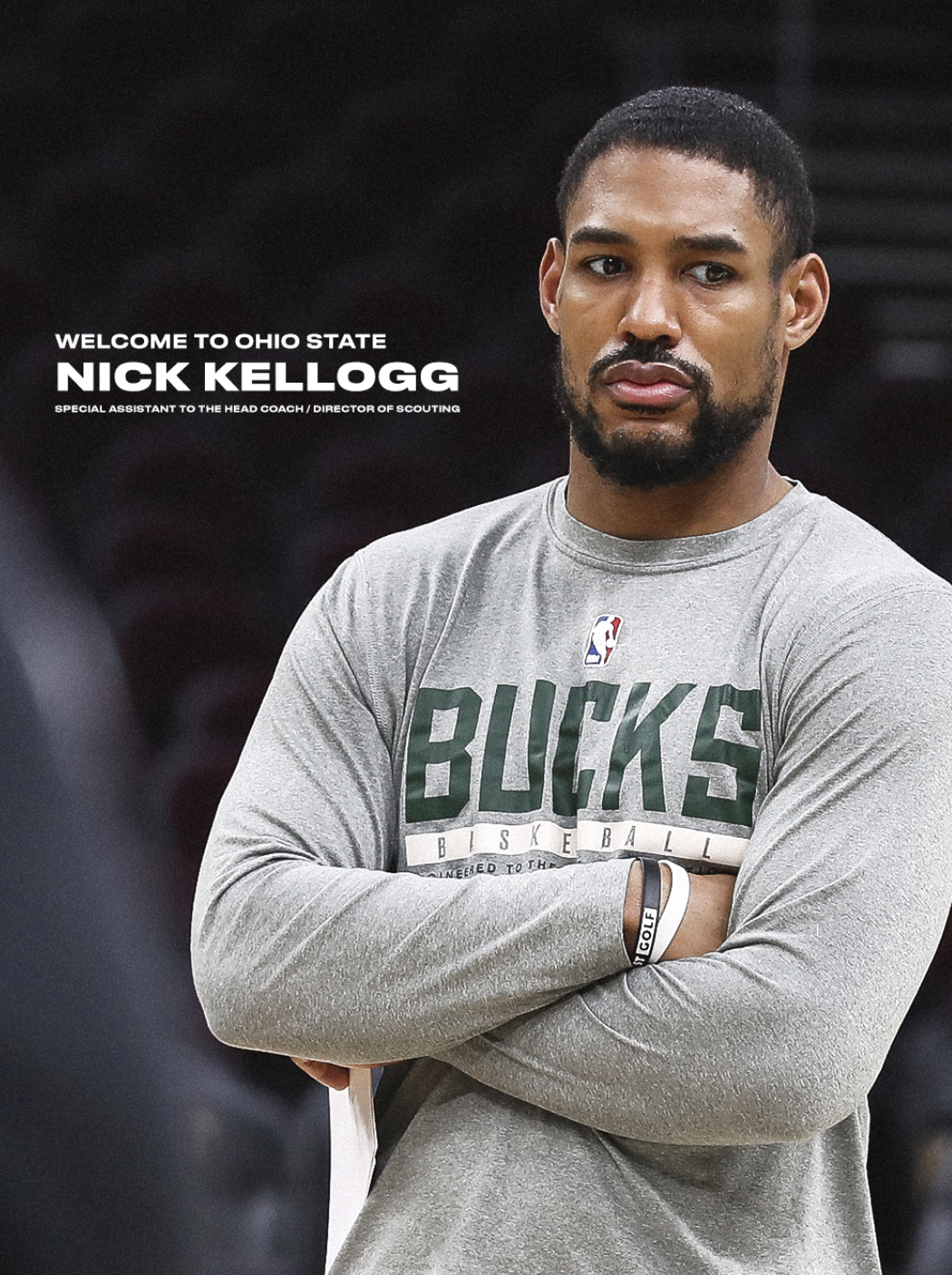 The Ohio State men’s basketball team announced on Wednesday that Nick Kellogg, a Columbus native, will join the Buckeyes’ staff as an assistant to the head coach and director of scouting. Prior to this opportunity, Kellogg spent the past two years as a video coordinator for the Milwaukee Bucks.

Holtmann pointed Kellogg’s coaching experience in the NBA along with his years played at the professional level as guiding factors to his hiring.

“Nick’s work with the Milwaukee Bucks these past two seasons as well as his college and professional playing experiences will be a great asset to our current and future Buckeyes,” Holtmann said. “Obviously, the Kellogg name is special among so many who have followed Buckeye basketball over the years. We really look forward to Nick’s work and contribution to Buckeye hoops.”

During his college career, Kellogg was known for his prowess beyond the arc — breaking the then-Mid-American Conference career threes made record with 290. He currently ranks eighth in the conference in career three-point field goal percentage behind a split of 39.8 percent. Holtmann played a role in bringing Kellogg to Ohio University, recruiting him while he was an assistant on the Bobcats’ staff.

Kellogg cited this long-time relationship with Holtmann as driving factor for him to Columbus.

“Coach Holtmann and I go back to his recruiting days at Ohio University, and I’m thrilled to be reunited and working with him,” Kellogg said. “He’s a tremendous coach and he’s put together a great staff that I’m very much looking forward to learning from. I can’t thank him and his staff enough for the opportunity to take the next steps in my career in my hometown.”

Nick Kellogg’s father, Clark Kellogg, played for the Buckeyes from 1979-1982, and posted career averages of 14.9 points and 10.1 rebounds per game while helping Ohio State to two NCAA Tournament appearances.