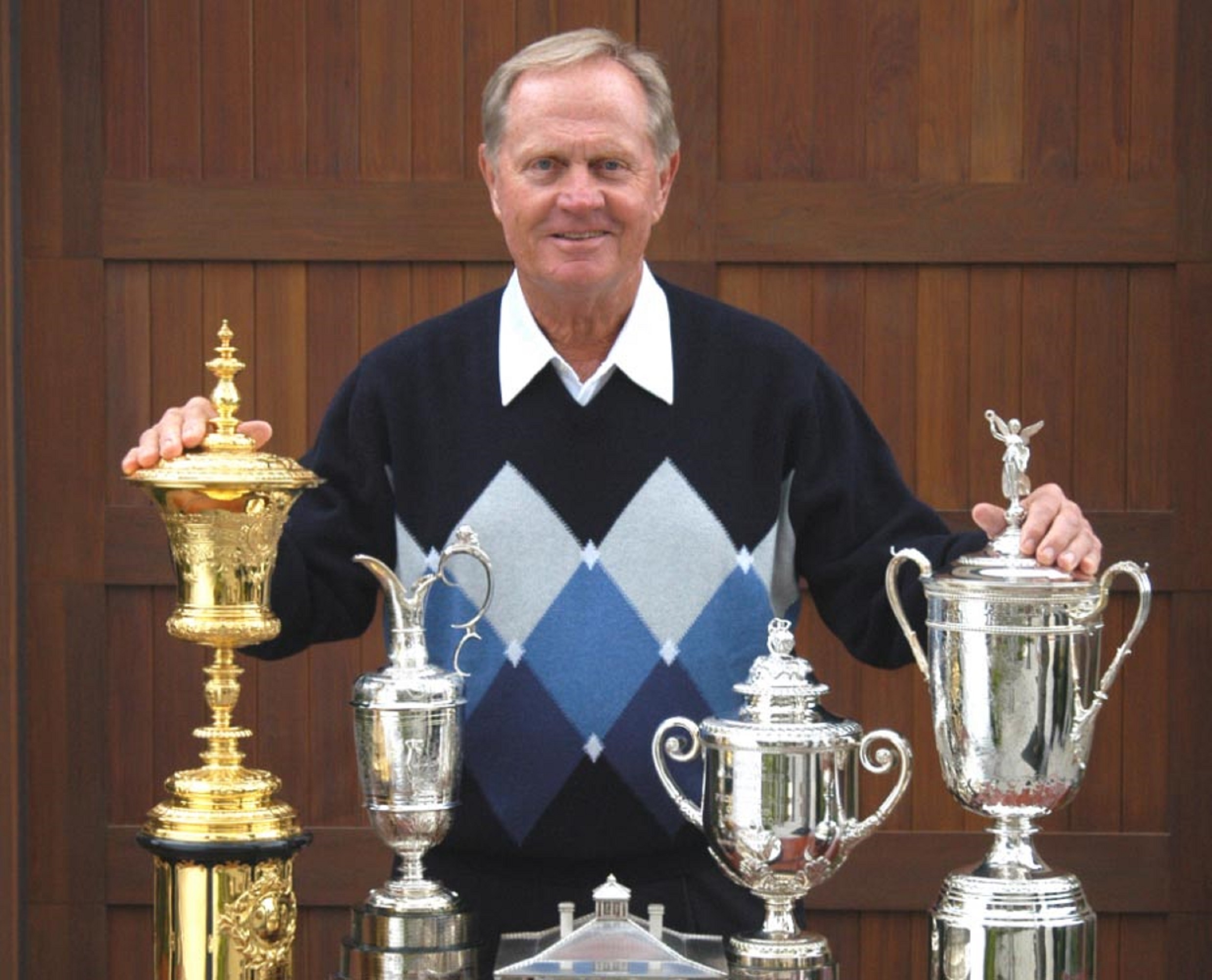 Icon and legend are words tossed around pretty easily these days, but if there was one man who epitomizes both terms, it is Jack Nicklaus. He is widely considered the greatest golf player ever after winning 117 professional tournaments, including 18 major championships and finishing runner-up in 19 others during his career.

Nicklaus exhibited laser focus on the links, combining his competitive nature with coolness under pressure required to succeed on golf’s biggest stages. He also found success after his playing days ended, becoming a course developer and designing state-of-the-art venues for the PGA’s biggest stars.

Buckeye Sports Bulletin managing editor Mark Rea spoke with “The Golden Bear” for the annual interview issue. In a four-page Q&A, Nicklaus revealed some of his favorite childhood memories, his love for the Buckeyes, his quest for greatness in golf and his life after that.

Here are a few questions Rea asked Nicklaus about growing up in Columbus and falling in love with Ohio State:

BSB: As a child growing up in Upper Arlington, I assume you have been an Ohio State sports fan ever since you can remember.

“Absolutely. I followed football and basketball the most. I went to my first Ohio State football game when I was 6 years old, and I only missed one home game from the time I was 6 until I was 20. That was a game in early November 1947 when the Buckeyes played Northwestern. Pandel Savic was the quarterback, and Pandel hit Jimmy Clark with a touchdown pass on the last play of the game. Northwestern blocked the extra point, but had too many men on the field, or were offside, or something. Anyway, Ohio State got a second opportunity to kick the extra point, made that one and won the game, 7-6. What a game to miss, but it was the only one I missed during that time.”

BSB: Little did you know at that time that you and Pandel Savic would become great friends and associates.

“Pandel became a good friend of mine long before he became a co-founder of Muirfield Village and chairman of the Memorial Tournament. When he and his wife, Janice, were first married, they lived across the street from Barbara and me. But when I first became acquainted with Pandel was when he would come into my dad’s drugstore. My aunt Nell worked behind the counter, and one day Pandel said, ‘Hey, Nell, you’d better watch that little kid over there around the candy.’ And she said, ‘Oh, don’t worry about him. That’s Charlie’s little boy. That’s our Jack.’ That was my first introduction to Pandel, and we later became great friends.”

“There were a lot of great games and a lot of great memories. One that sticks in my mind: I was at the Blizzard Bowl in 1950. It was cold, sure, but we didn’t think anything about it. I was 10 years old at the time, and I think there was only about an inch of snow on the ground when we went to the game but more than a foot by the time we got home.

“That was an amazing game. Think about the fact that Michigan won the game and never had a first down. The teams punted nearly 50 times combined, and the only touchdown was a blocked punt that Michigan recovered in the end zone. I remember the wind was whipping around so much that you could barely see the field, and somehow Vic Janowicz still made a 38-yard field goal. Truly amazing.”

BSB: Who were some of your favorite Buckeyes?

“I had a lot of favorites. Pandel, of course. There was Janowicz, who won the Heisman Trophy in 1950, and guys like Dante Lavelli, Lou Groza, Jim Houston and Dick Schafrath, guys who went on to play for the Cleveland Browns. But in addition to being a big Ohio State fan, I was also very much into high school football in Upper Arlington where I grew up. We had a running back there by the name of Doug Goodsell, who scored 199 points during his senior year. Doug went to Ohio State at the same time as Hop Cassady and beat out Hop as first-team halfback for the first couple of games in 1952. But then Doug got injured, Hop got his chance to play, and that was that.

“Doug wound up with an eye ulcer and didn’t play very much after that. He had a tryout with the Browns, but the eye ulcer came back and pretty much ended his football career. He became a teaching golf pro in Florida and later moved back to Columbus and became very successful in real estate development. Doug was a heck of an athlete.

“I was a big Hop fan, of course. I remember his senior year in 1955. I was still in high school and a bunch of us went up to Michigan, and I believe both teams were ranked in the top 10. (The Wolverines went into the game at No. 6 while the Buckeyes were No. 9.) In that game, Hop and Don Sutherin switched their halfback positions, and it thoroughly confused Michigan. I remember Hop ran for something like 150 yards, scored once or twice, and Ohio State won the game, 17-0. By the time the game was winding down, Michigan was frustrated to the point that their star tight end Ron Kramer threw a punch at an Ohio State player and got thrown out of the game.

“Later, as my golf career got started, I went to fewer games, of course, but I still followed the team. I enjoyed watching Tom Matte and Rex Kern and Archie Griffin. I guess we would be here all day if I listed them all.”

Rea’s full interview with Nicklaus features 13 more questions that can be seen in the July print edition of Buckeye Sports Bulletin available to subscribers. Subscribe at this link to receive immediate online access, or call 614-486-2202 to subscribe and receive online access, and ask about receiving our July interview issue.

To receive our annual Football Preview Issue, mailing on Aug. 24, sign up for four free issues of the print edition, no card required, at the link here: http://www.buckeyesports.com/subscribe-4issue-trial/