Ohio State Names Players Of The Game For Rutgers 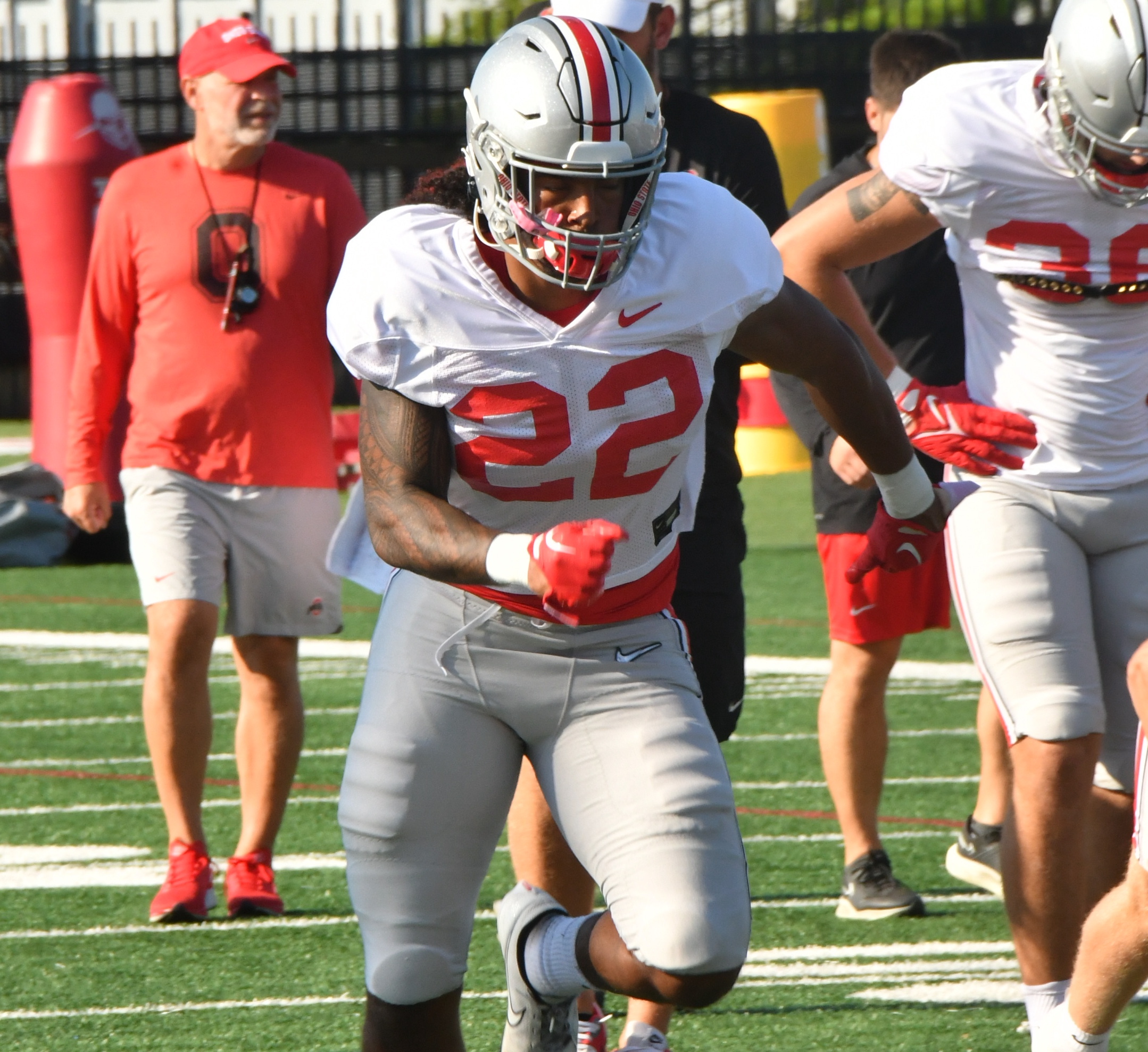 Ohio State released its Players of the Game against Rutgers Monday via Twitter, with an offensive, special teams, and two co-defensive players of the game announced.

Third-year running back Miyan Williams took home Offensive Player of the Game following a record-tying five-touchdown performance against the Scarlet Knights. Williams collected 189 yards on 21 carries, good for an average of 9.0 per carry. His 70-yard touchdown run in the third quarter — 1 yard short of his career long — put the Buckeyes up 35-10 and all but put any Rutgers comeback hopes to bed.

Fourth-year linebacker Steele Chambers was selected as the first Co-Defensive Player of the Game, collecting a team-high 11 tackles, eight solo, with two tackles for loss and an interception. His sideline-to-sideline run coverage abilities were on display against the Scarlet Knights, with Chambers collecting several of his takedowns outside the tackles as Rutgers’ ball carriers attempted to get around Ohio State’s defense.

Senior defensive end Zach Harrison grabbed the Co-Defensive Player of the Game spot, though he only had two tackles. Harrison generated two turnovers in effect, stripping Rutgers quarterback Evan Simon of the ball as he tried to scramble in the first quarter and deflecting the pass Chambers intercepted in the third.

Both of second-year punter Jesse Mirco’s boots were down inside the Rutgers 20-yard line, and as such he rounded out the honors by collecting Special Teams Player of the Game. Those two kicks covered 81 yards of distance for a 41.5 yards per punt.

Mirco also converted a fourth-and-2 midway through the fourth quarter by tucking the ball and running outside as the Scarlet Knights’ punt block slanted inside. Mirco picked up 22 yards on the play before getting decked by a late hit out-of-bounds, which incited an altercation between Ohio State’s sideline and the Rutgers defense. Rutgers head coach Greg Schiano made his way to the sideline from across the field as well, where he and Ohio State head coach Ryan Day got in a heated exchange. Both drew unsportsmanlike conduct fouls.

“No hard feelings at all. I told (Schiano) that after the game. I have an unbelievable amount of respect for him. So, that’s all that was.”