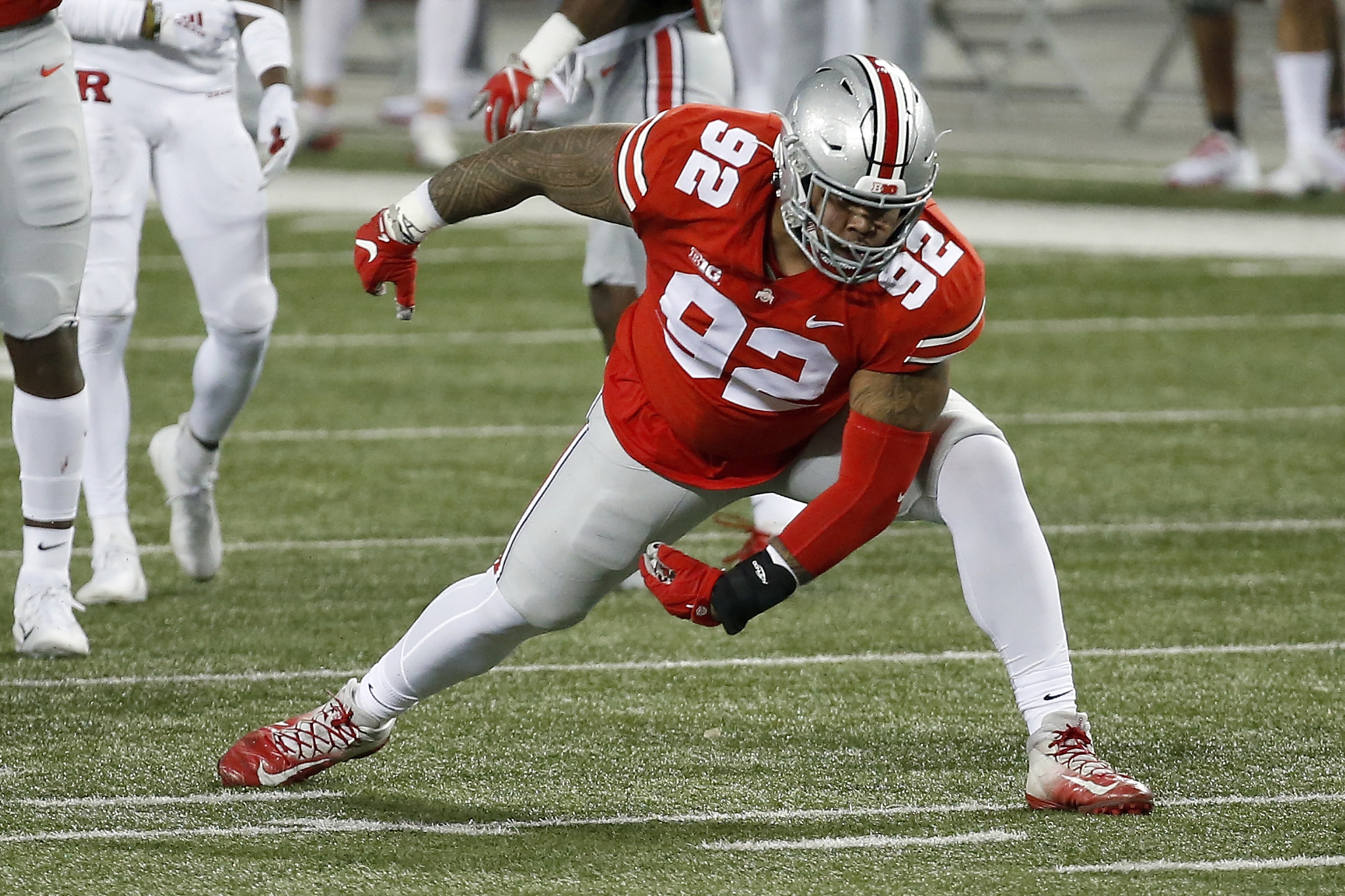 Ohio State had three players on the 90-man watch list for the Bronco Nagurski Trophy Tuesday, an award that goes to the best defensive player in college football.

Those three players are junior cornerback Sevyn Banks, fifth-year defensive tackle Haskell Garrett and junior defensive end Zach Harrison. Garrett was also named for the Outland Trophy watch list, which goes to the top interior lineman in the country, on the same day.

None of the Buckeyes are returning members of the Football Writers Association of America’s first-team All-Americans from 2020. Those players are all defensive backs: Cincinnati cornerback Ahmad Gardner, Indiana cornerback Tiawan Mullen and Notre Dame safety Kyle Hamilton.

Though these players are listed, other players can be added or removed from the Nagurski Trophy list as the season progresses.

Since the award began in 1993, Ohio State has won the award twice, with James Laurinaitis earning the honor in 2006 and Chase Young taking it home in 2019. Laurinaitis was also a finalist in 2007, as was Andy Katzenmoyer in 1997.