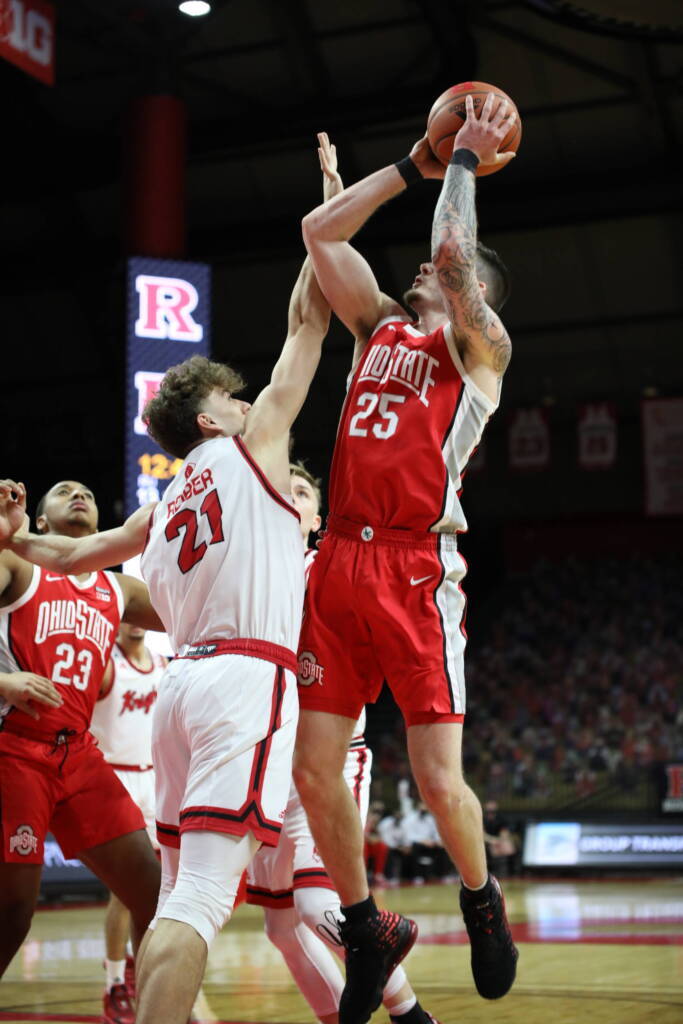 Ohio State men’s basketball added yet another marquee non-conference matchup to its 2021 slate on Monday, as an ESPN release confirmed that the Buckeyes would be drawing the cream of the crop from the ACC in the annual Big Ten/ACC challenge: Duke is coming to Columbus.

The Buckeyes will host Duke on Nov. 30, presumably as part of ESPN’s weekly “Super Tuesday” package, which slots top games into primetime each Tuesday of the regular season. It seems like that Florida State at Purdue will be the other half of a potential Big Ten/ACC double-header in that slot.

Elsewhere in the challenge, Iowa and Illinois will open the play for the Big Ten on Nov. 29, traveling to Virginia and hosting Notre Dame, respectively. Alongside the Ohio State and Purdue games, Minnesota will head to Pittsburgh, Indiana will go to Syracuse, Northwestern will play at Wake Forest and Rutgers will host Clemson on Nov. 30. The challenge closes on Dec. 1, with Virginia Tech traveling to Maryland, Miami at Penn State, Wisconsin going to Atlanta to take on Georgia Tech, Louisville at Michigan State, Michigan at North Carolina and Nebraska at NC State.

The Buckeyes will be one of just a handful of teams that get to play a role in Mike Krzyzewski’s retirement tour, as this is his final season in coaching before he hangs up the whistle.

This is the forth time that the two will meet because of this challenge, with the most recent coming back in 2012 – a 73-68 loss for the Buckeyes in Durham. The last time Duke came to Columbus, back in 2011, the No. 2 Buckeyes thrashed the No. 3 Blue Devils, 85-63. The first Big Ten/ACC challenge came back in 2002 and saw the two square off in a 91-76 Duke victory. The Blue Devils hold a slight 4-3 advantage in the series, though this will be just the third time that they make the trip to Columbus.

Ohio State squared off with Notre Dame in the challenge last season, winning 90-85. The Buckeyes are 8-11 in the event overall, though that is not helped by a five-game losing streak from 2014-18.

Ohio State’s non-conference schedule will be released in full later this summer, but right now, it will see the Buckeyes play Xavier in the Gavitt Games, Towson and New Orleans at home, two of California, Florida and Seton Hall in the Fort Myers Tip-Off, one game from the CBS Sports Classic (against one of Kentucky, North Carolina or UCLA) and several other non-conference games.