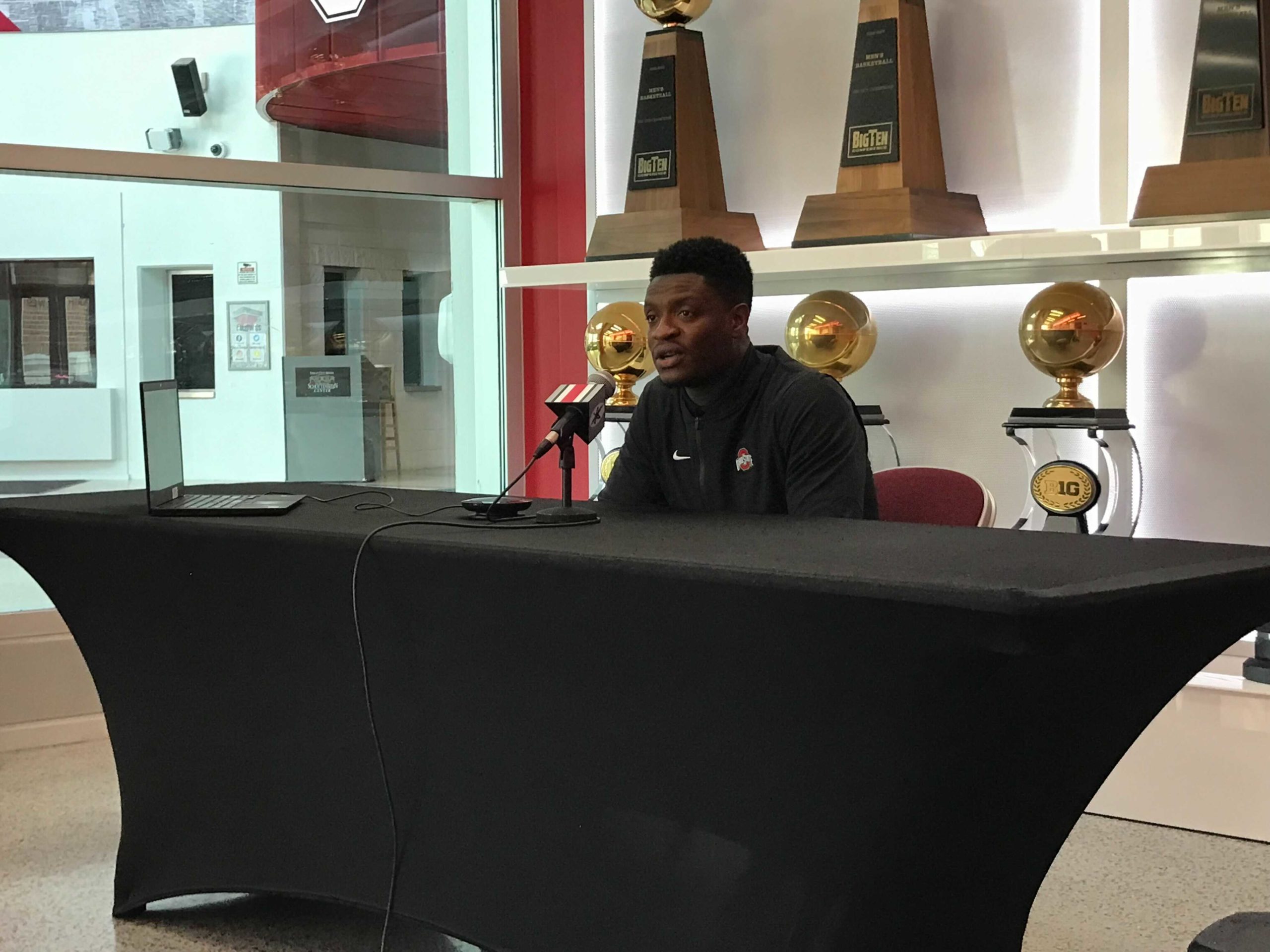 New Ohio State assistant coach Tony Skinn, hired from Seton Hall to replace departed defensive coordinator Terry Johnson (to Purdue), has a favorite word, and he wasn’t shy to use it at his introductory press conference in Columbus on June 25.

It was the word of the day, and may very well be the word of the season for an Ohio State roster that looks to return nearly every member of a roster that just flew all the way to a No. 2 seed in the NCAA Tournament before being shot back down to Earth by 15th-seeded Oral Roberts in the first round. As Skinn arrives in Columbus, he wants to take things slowly, and let relationships develop, in his words, “organically.”

That applies to his partnerships with fellow coaches, including the one that hired him this offseason; prospective recruits, some of which come from an area he’s never recruited before; and his new roster, one filled with veteran players that have been operating in this program for years, and may have some chances to do the teaching for the new assistant in town.

Now, Skinn is quick to point out that allowing things to happen as they may is very different from resting on his laurels. The former George Mason player knows a thing or two about working hard and plans to do plenty of it in Columbus, he just doesn’t want to overstep his bounds with new players, waiting first to develop trust and form those, again, “organic” relationships.

“It’s been good,” Skinn said at his press conference on Friday. “I don’t believe in trying to force relationships. I think when you get somewhere new you have to organically let it runs its course. In the basketball world, the one thing you have to do is get to know them on the court. I have a few guys I’m working with and getting closer to but it’s important to (let that happen organically).”

For Ohio State, patience in letting things develop as they may is the key to unlocking the potential of what looks to be Chris Holtmann’s most talented roster yet. The Buckeyes have lost, to this point, just three players from that 2021 group – guard C.J. Walker (the only starter of the bunch), forward Musa Jallow to Charlotte and center Ibrahima Diallo to the transfer portal. The latter two combined for just 17.6 minutes per game in 2021, and even that number is skewed, as Jallow seemed to fall out of the lineup as the season went on, and Diallo was never in it to begin with.

Obviously, the bigger questions this offseason revolve around guard Duane Washington Jr. and forward E.J. Liddell, as neither player has announced their intentions regarding the 2021 NBA Draft quite yet, and the two pretty comfortably served as Ohio State’s best players last season, leading the team in scoring with 16.4 and 16.2 points per game, respectively. The mercurial Washington is the bigger question mark of the two at this point after drawing an invite to the NBA Combine following his performance at the G League Elite Camp, but neither player has officially returned to the fold yet, harkening back to that much-needed patience of the offseason.

Skinn, again, is at the fore on that.

“I’ve had a little bit,” Skinn said when asked if he’s had contact with the two draft hopefuls. “I’ve been through that process but in a different way, so I kind of understand what they’re going through. When I originally got the job I shot them a text just letting them know that, ‘Hey, I’m going here if you need anything from me, just reach out.’ But we’re also giving both guys their space. This is a very important part of their journey and of their life and there’s just no pressure from our coaching staff and definitely not from myself.”

For now, though, Ohio State has to wait, and work on growing this new roster without its two biggest stars, while hoping that those luminaries decide to put their professional dreams on hold for at least one more season. It’s easy to imagine an Ohio State team without either player still competing for an NCAA Tournament spot, especially if new additions like Penn State guard Jamari Wheeler, Indiana forward Joey Brunk and four-star point guard Malaki Branham can hit the ground running, but that same roster with Washington and Liddell leading the way could set its sights far higher.

That is, if everything can round into shape. Returning more talent is always going to be beneficial, but a backcourt with Washington, Wheeler, Justice Sueing, Justin Ahrens, Jimmy Sotos, Meechie Johnson, Eugene Brown and Branham in it is going to have to find something resembling a rotation, and it seems unlikely that all seven players will see time in such a spot – given that the backcourt has just two openings at a time. A more permanent move to the three could make sense for players like Sueing and Ahrens, but Seth Towns will certainly have something to say about that, and that still leaves two players out of the mix at the guard spots.

The frontcourt isn’t quite as jumbled, but easily could be if the 6-8 Towns moves into it full-time, as he toyed with last season. Liddell and Kyle Young feel like immovable objects in the starting group at this point, trailed by Brunk, Zed Key, freshman Kalen Etzler and potentially Towns, likely not in that order. Again, someone will need to be left out – though admittedly the choice seems to be a bit easier here with the presence of a developmental freshman.

Despite the hand-wringing, it’s likely difficult for Ohio State to generate much of anything resembling concern about this potential “problem.” A roster that returns Washington and Liddell – or just one of them – will have to make difficult decisions about which talented players have to ride the bench, but it will also have the firepower to make another run at the Big Ten, and look to redeem itself after the dispiriting end to the 2020-21 campaign. Just as he did with the proliferation of all things organic, the new man on campus seemed to deliver the phrase of the offseason for the Buckeyes.

“We’ve got a chance to be really good.”