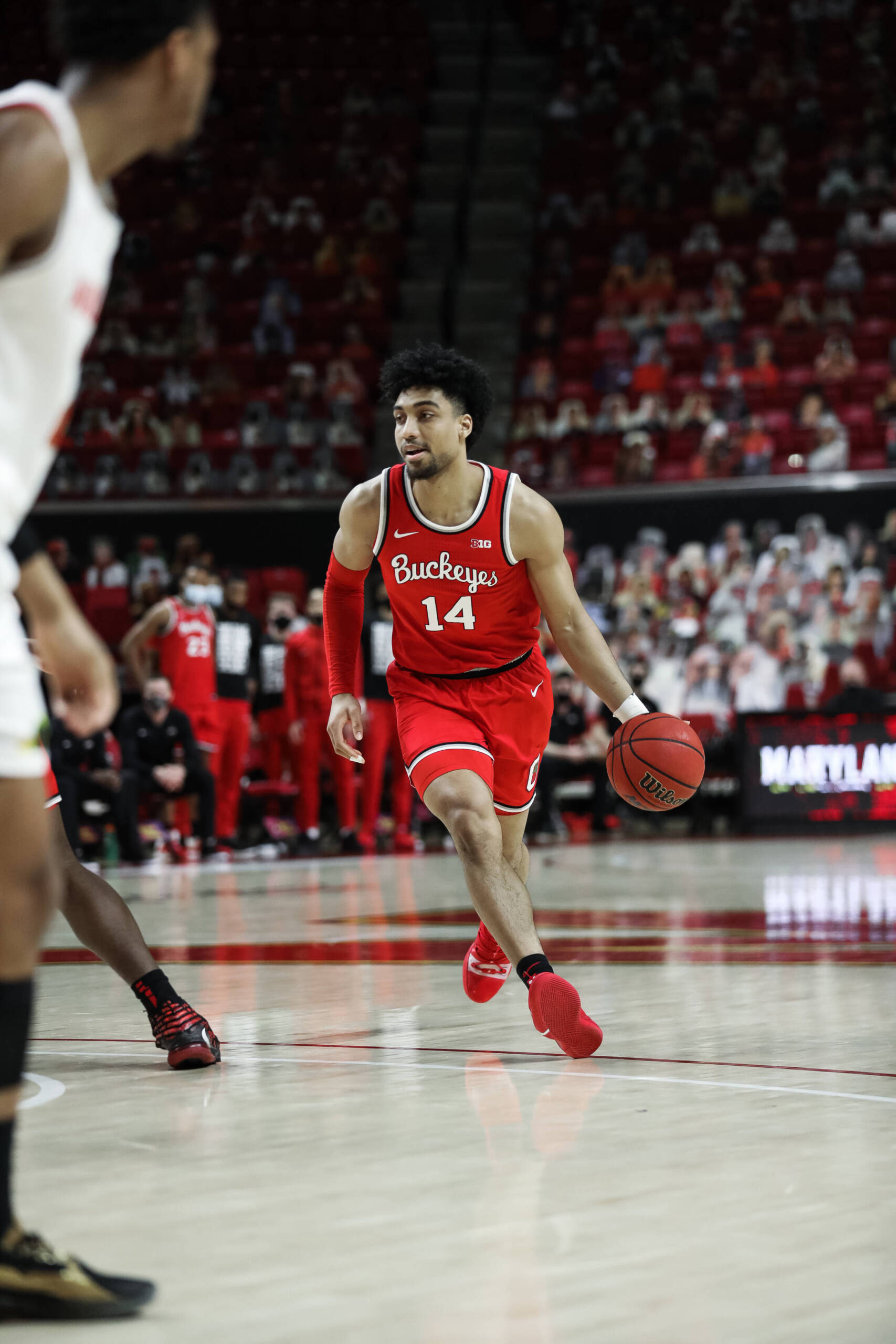 Ohio State men’s basketball dropped three spots to No. 7 in the Associated Press top 25 poll after an 0-2 week against Michigan State and Iowa.

The Buckeyes, who have now lost three straight starting with a defeat against Michigan, dropped below Illinois, the Hawkeyes and West Virginia at No. 4, 5 and 6 respectively.

Elsewhere in the Big Ten, the Wolverines jumped to No. 2 after lopsided victories over Iowa and Indiana. They leaped Baylor, who suffered its first loss of the season to Kansas and now shares an 18-1 record with Michigan.

Purdue and Wisconsin also rank at No. 23 and 25, respectively to give the Big Ten six ranked teams including four in the top seven. The conference trails only the Big 12, who has seven teams, all of which are in the top 18.

Ohio State has just one regular season game left on the schedule – a home matchup Saturday against No. 4 Illinois that is set for 4 p.m. on ESPN.