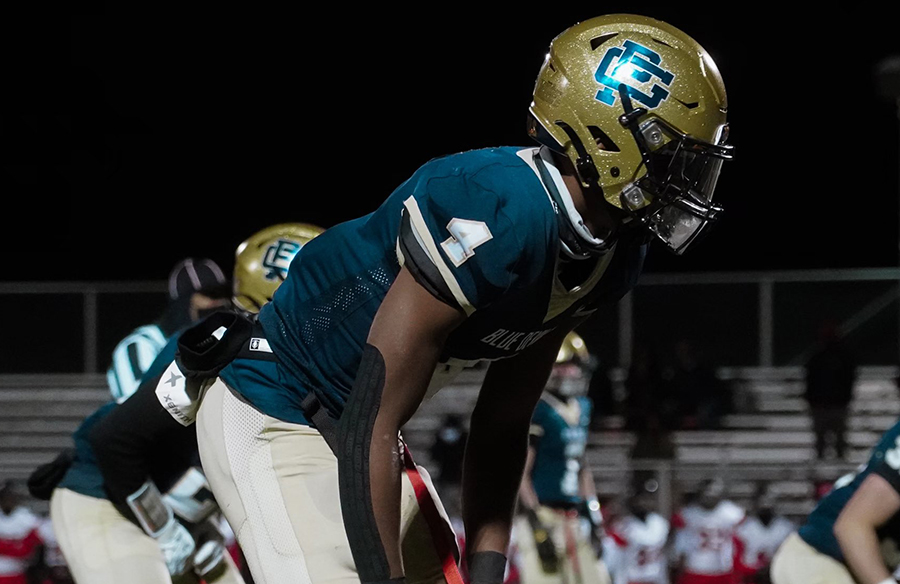 The 6-3, 190-pound Johnson is considered the fifth-best cornerback and No. 811 prospect overall in the class of 2022, as he recorded 26 tackles, four pass breakups, two interceptions and one tackle to earn all-state honors this past season.

Johnson landed an offer from the Buckeyes during a virtual visit with head coach Ryan Day and defensive coordinator Kerry Coombs last April. He then made his first and only trip to Columbus on Dec. 12, at which time he toured campus with his parents and made stops at Ohio Stadium and the Woody Hayes Athletic Center, though they could not meet with the coaching staff because of the dead period.

Johnson, who is the son of former Michigan cornerback Deon Johnson (1991-94), began trending toward Ohio State after that visit. But the Wolverines quickly jumped back into the lead with the hiring of new co-defensive coordinator and defensive backs coach Maurice Linguist.

Linguist was previously the secondary coach for the Dallas Cowboys, with whom he coached former Michigan cornerback Jourdan Lewis, who had a pre-existing relationship with Johnson and offered an endorsement of his one-time position coach that sealed the deal for the Wolverines.

West Bloomfield, Mich., four-star athlete Dillon Tatum is another possibility, but he’s a former teammate of 2021 Michigan four-star running back signee Donovan Edwards and his former heard coach, Ron Bellamy, was hired by the Wolverines as their new safeties coach this offseason.