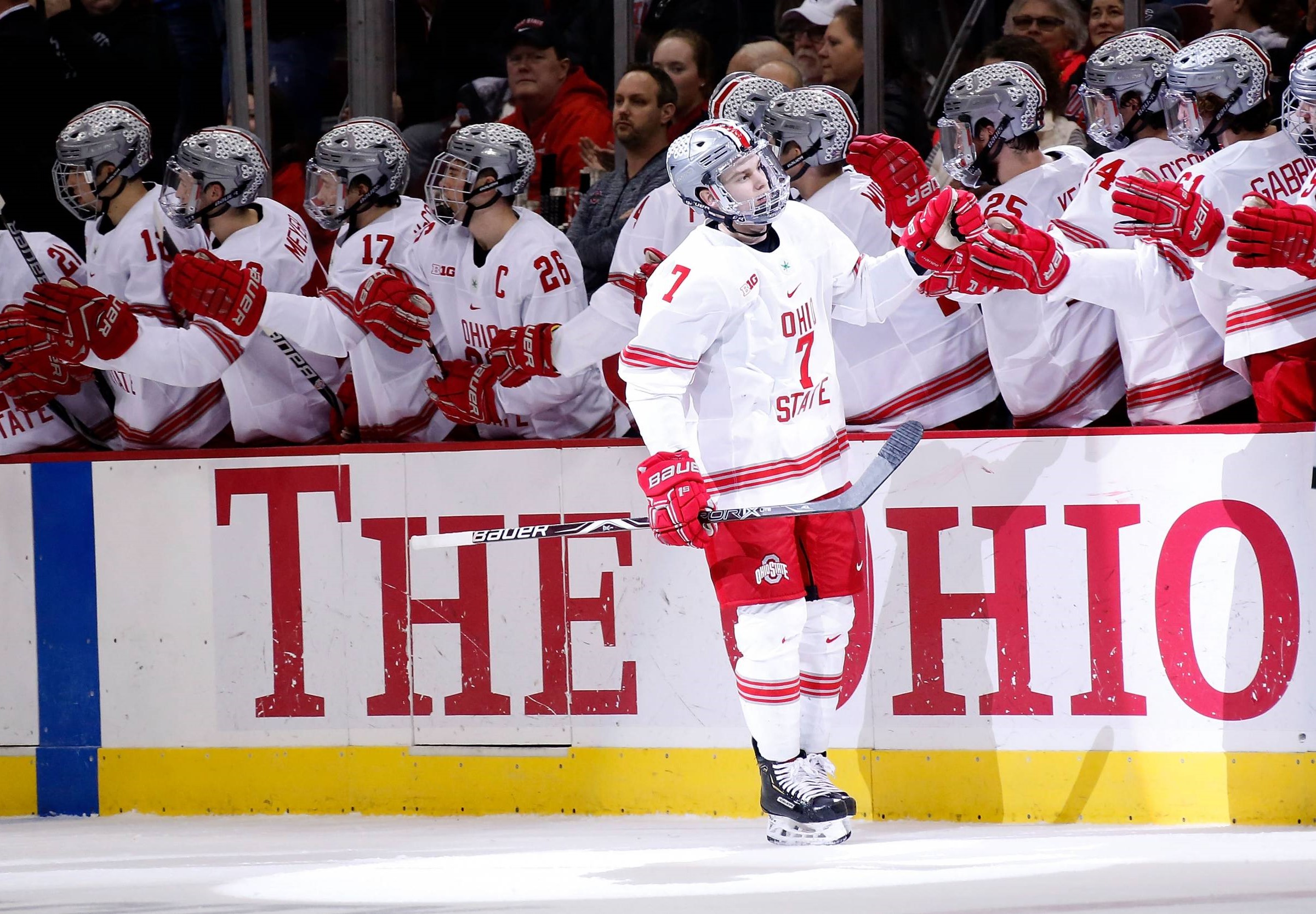 Michigan State spoiled the party for the Ohio State seniors on Saturday with a 3-2 victory over the No. 7 Buckeyes in the final game of the regular season before 9,322 fans at Value City Arena.

Still, the Buckeyes (20-9-5, 13-7-4-3 Big Ten) were able to do a little celebrating after the finale when they raised a banner to the rafters for winning their first regular season title since capturing the inaugural Central Collegiate Hockey Association in 1972.

“It’s tough, it’s not ideal (to lose) but at the same time it doesn’t take away from what it means to us,” senior defenseman Sasha Larocque said.

If the Buckeyes win that, they’ll host the title game at noon on March 24 at VCA before heading to the NCAA Tournament for the third straight season.

Ohio State first must regroup. They are 1-4-1 in the past six games after a seven-game unbeaten streak and have lost three of the past four home games.

“We weren’t at our best all night,” OSU coach Steve Rohlik said. “We went in some spurts, but we played a good hockey team.

“The nice thing about it is we don’t have to hang up our skates for the rest of the year.”

An open weekend should allow the Buckeyes to get healthy and hungry again.

After a scoreless first period, the teams exchanged quick power-play goals on the second period.

Michigan State took a 1-0 lead at 5:52 on the goal by Patrick Khodorenko 11 seconds into the man advantage.

Junior defenseman Wyatt Ege tied it as the Buckeyes needed just 16 seconds of their power play. He took a cross-ice pass from junior Tanner Laczynski and scored his second goal from the right circle.

The Spartans regained the lead 1:02 into the third  period when Mitch Lewandowski put in a rebound.

Brody Stevens made it 3-1 at 8:38 of the third period with a nice individual move, dragging the puck around a defenseman and whistling a shot from the high slot off the post.

Laczynski scored at 17:13 to make it 3-2 after Romeo was pulled for an extra attacker.

The Buckeyes flailed away after that but couldn’t put the equalizer past John Lethemon, who had 17 of his 32 saves in the third.