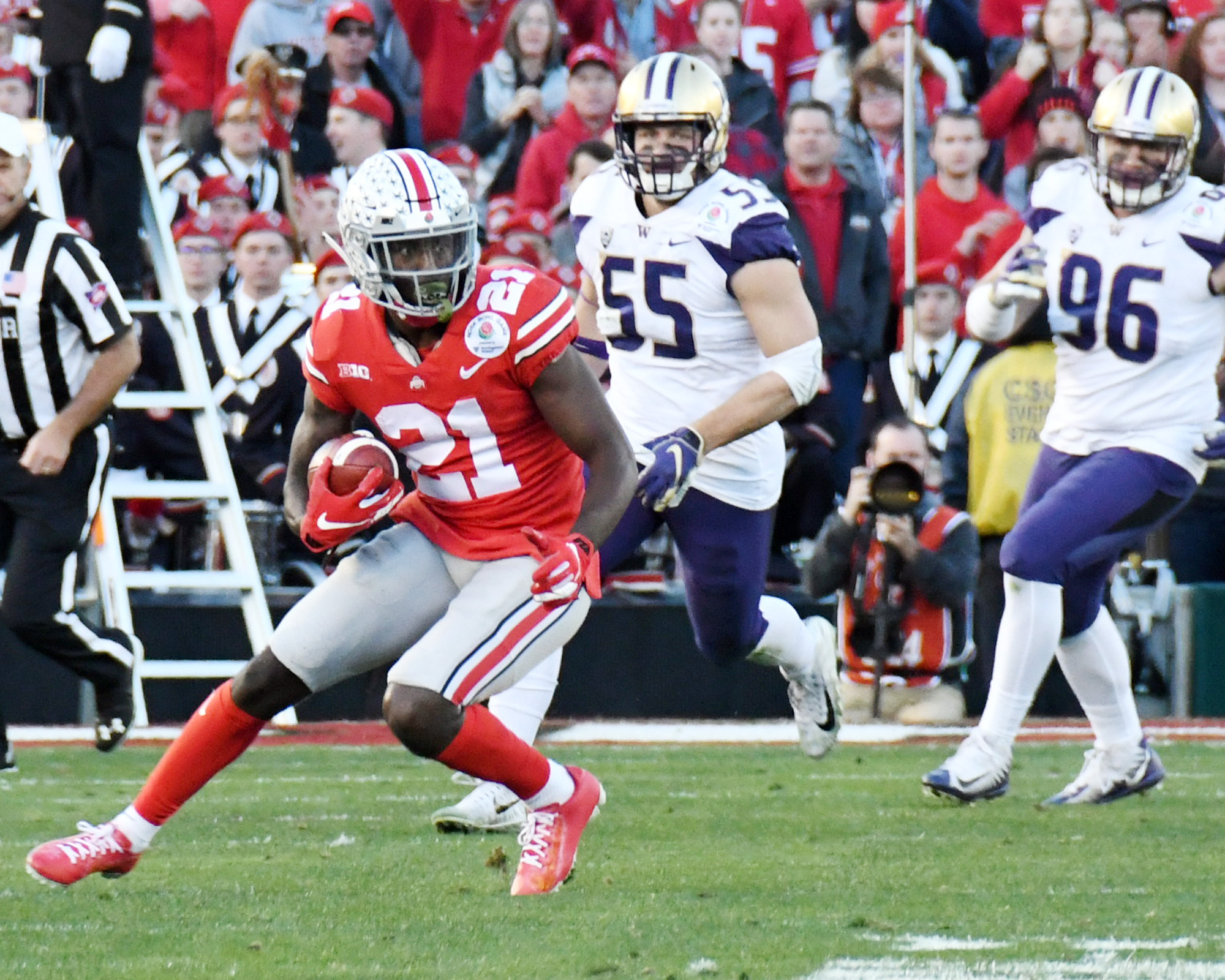 The trio of former Ohio State wide receivers, Parris Campbell, Terry McLaurin and Johnnie Dixon made a name for themselves at the NFL Scouting Combine.

Campbell, who was the fifth Buckeye receiver to surpass 1,000 yards in a season, put his athleticism on display once again at Lucas Oil Stadium, this time at the Combine, not the Big Ten Championship game.

McLaurin was not far behind, finishing with the fifth-fastest time among wide receivers at 4.35 seconds.

Dixon was also moving like lightning, timing in at 4.41 seconds, which was eighth among wideouts.

Campbell was not done wowing the audience yet, however. Campbell’s broad jump of 135 inches (11’ 3”) ranked third among wideouts, and the feat might be even more impressive in football terms. From a standing position, Campbell leaped forward nearly four yards.

Campbell looked like an NBA prospect in the vertical jump, ranking fifth among receivers with a remarkable 40-inch bound.

Perhaps his most impressive feat of the day came in the 20-yard shuttle when Campbell finished in 4.03 seconds, which was No.1 among wideouts.

McLaurin and Dixon also performed well outside of the 40-yard dash. The pair tied at No. 13 in the vertical leap, both bounding 37 ½ inches.

McLaurin led the Buckeye trio on the bench press with 18 reps, followed by Dixon with 16, and Campbell with 11.