Ohio State Looking To Build Off Of Streak-Snapping Win 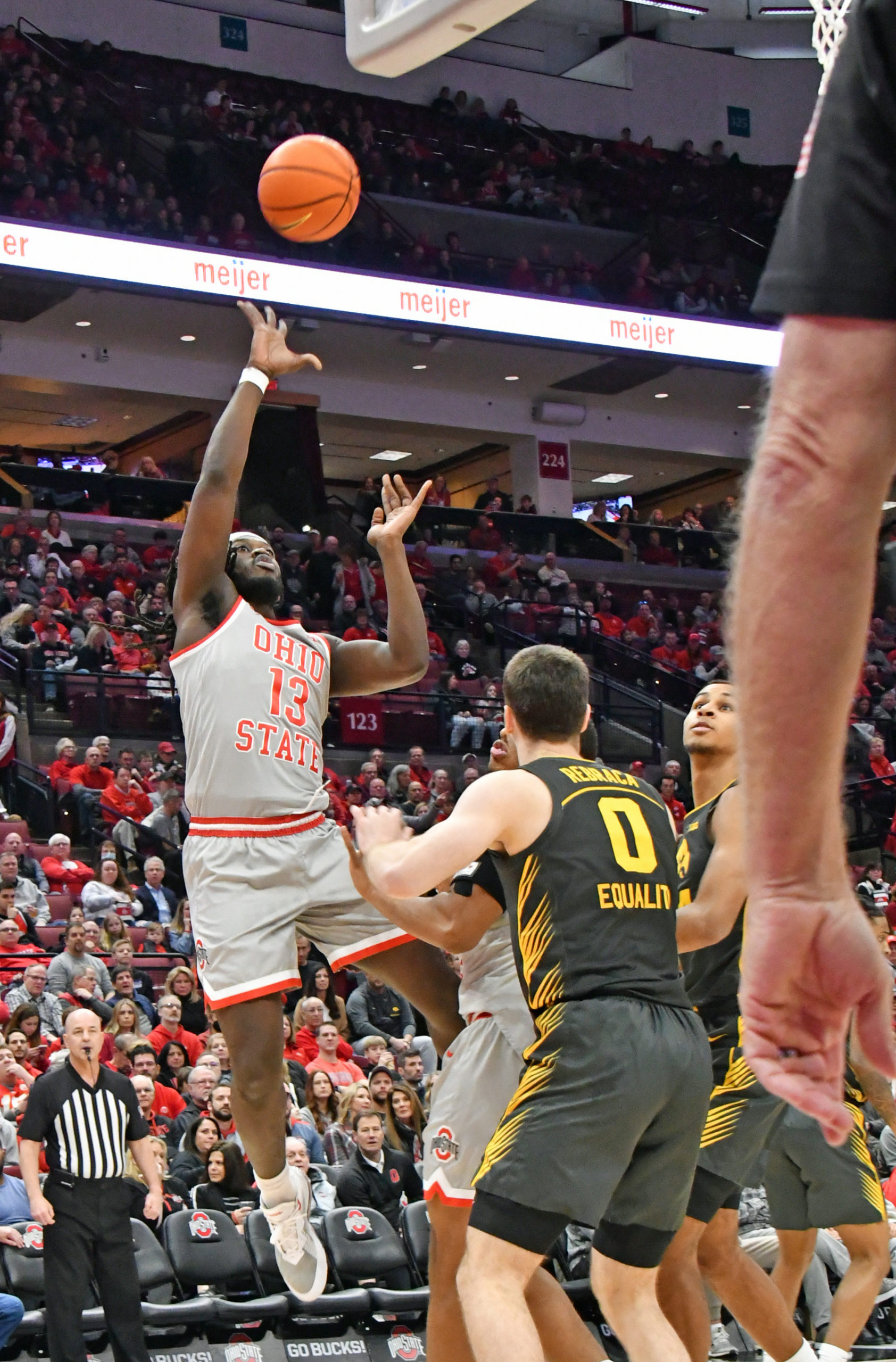 Ohio State put its five-game losing streak to rest on Saturday, outpacing Iowa 93-77 at Value City Arena for its first win since Jan. 1.

As the Buckeyes got over the hump with the win over the Hawkeyes, wing Isaac Likekele noted that the victory was important to boost the morale of Ohio State’s young roster — which boasts four contributing freshmen.

“With us being such a new team, and having a bunch of young guys, I think it was very important for those young guys to see us get back in that win column,” Likekele said. “I’ve experienced starting off slow in season play and finishing on top, but these freshmen and newer guys have never experienced those things.”

The Buckeyes saw a distinct offensive drop-off during the losing stretch, averaging just 66.6 points per game while shooting 40.0 percent from the field as a team. Ohio State shot below 40.0 percent in three consecutive games prior to its meeting with Iowa.

But, Ohio State got into a groove against the Hawkeyes, shooting 56.3 percent — their second-best mark on the season. The Buckeyes’ 93 points were their most since their 95-61 win over Maine on Dec. 21.

“We put in a few different things to move the ball a little bit more and I think that allowed to free some guys up and just play,” Ohio State head coach Chris Holtmann said. “We still have to continue to move the ball better and bodies have to move better offensively.”

Although Ohio State was able to end the lengthy losing streak, Likekele made it clear that the Buckeyes have to continue stacking wins due to the competitive nature of the Big Ten.

“It’s only one win, it’s really nothing,” guard Isaac Likekele said following the win over Iowa. “It’s a long league season ahead of us. But it could be the start of something, we’re just going to look to build on it.”

As the Buckeyes press forward in conference play, Holtmann noted that he’s looking to see continued growth from his squad, while also sharing his coaching philosophy at this juncture in the season.

“When you’re a coach, the challenge is to try inside the minds of 18-to-22-year-olds, and to do that consistently,” Holtmann said. “Sometimes they’re going to be open and honest with you and other times it’s going to be a bit of a guessing game. What I’ve tried to do and what we tried to do — and a friend shared this with me years ago — this time of year, we try to coach the heart as much as possible.

“I think if we can continue to do that and improve in those areas, like rebounding, like having better execution at times and being a more committed defensive group, then that’s all we can ask for.”