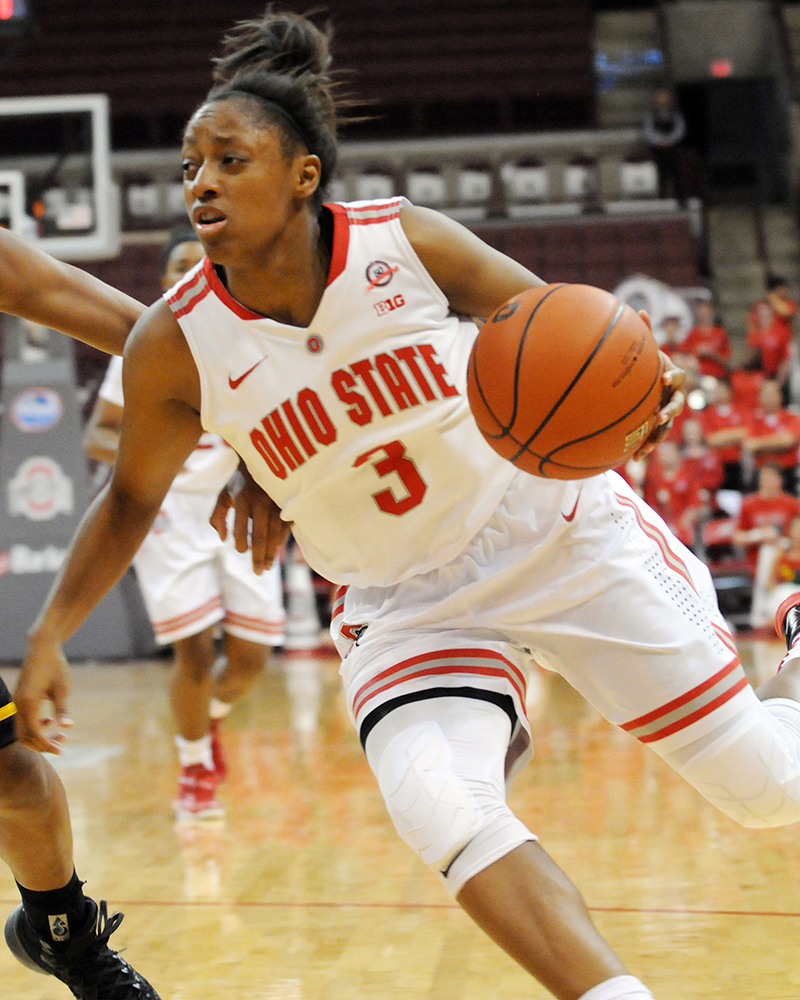 Former Ohio State women’s basketball guard Kelsey Mitchell is set to return to the university to be honored during Ohio State’s home contest against Iowa on Monday.

Mitchell – who former three-time Big Ten Player of the Year who played four seasons at Ohio State – is returning to Columbus coming off her fifth season with the WNBA’s Indiana Fever, with the organization collaborating with several universities to honor distinguished alumni.

“It’s kind of like a surreal feeling, honestly,” Mitchell said on Sunday. “I haven’t been there in a while due to being a professional at the next level. I think it’ll be a surreal moment. But it’s one of those ones where it’s like, family is family. To have been a Buckeye and been able to have that fan base to support me, I’m just super grateful.”

Mitchell’s return comes as Ohio State is experiencing unprecedented success on the court. The Buckeyes – ranked No. 2 in the nation – are off to a 19-0 start this season, just one game shy of matching the program’s record for consecutive wins.

During her time at Ohio State, Mitchell saw plenty of her own success, helped lead the Buckeyes to four appearances in the NCAA Tournament, with two of those runs leading to the Sweet 16. Ohio State made it to that round last season before falling to Texas, but could look to make a similar run this year if the first half of the season is any indication.

“I think the whole (19-0) and just being undefeated, period, it doesn’t tell the whole story,” Mitchell said. “Even with being undefeated and them have success in the Big Ten, one of the best conferences in college basketball, I think the biggest part that I’m proud of is how they’re handling it all…it just goes to show the work that they’ve obviously put in and just buying into the culture and the program, so I think it’s a great thing to see.”

Mitchell’s honoring by the program on Monday is no wonder given how frequently her name pops up throughout Ohio State’s record books. The guard finished as the Buckeyes’ leader in points (3,402), points per game (24.5), career games (139), three-pointers (497 on 38.6 percent shooting), holds the single-season record in points (889 in 2015-16) and the single-game scoring record, dropping 48 points against Michigan State in 2015-16.

“I would just say how how grateful I’ll be to be a part of that atmosphere at this junction, at this point in my career,” she said. “Being a Buckeye means a lot to me, and to know that the university wants me back and to be in support of the ladies, it just goes to show that relationship and that bond that was built over years and the years to come. I’m just very, very happy to be a part of it. I’m very grateful to be a part of it.”