Ohio State Looking To Build Off First Loss Of The Season 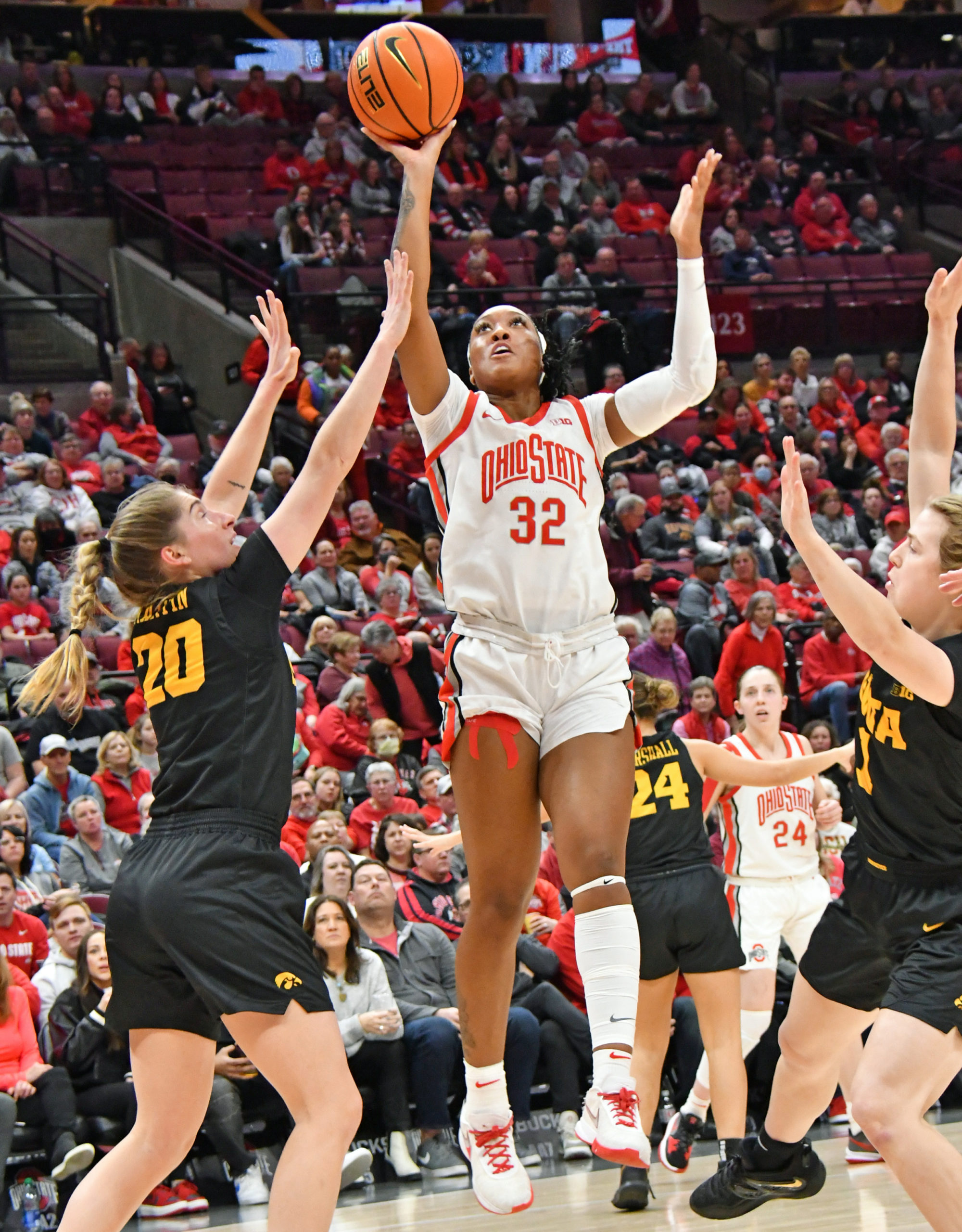 No. 2 Ohio State’s undefeated run to begin the season came to an end on Monday, as the Buckeyes suffered an 83-72 loss to visiting Iowa.

The No. 10-ranked Hawkeyes were led by guard Caitlin Clark, who finished with 28 points, 15 assists and 10 rebounds, just the third triple-double ever recorded against Ohio State. Beyond Clark’s contributions, the Buckeyes were significantly outpaced in rebounds, with Iowa holding a 51-31 advantage, and Ohio State shot just 4 of 25 from deep.

These issues all compounded for the Buckeyes’ first loss of the season after a 19-0 start, and head coach Kevin McGuff said the team’s response will show what it is made of.

“One of the things I told them – outside of tonight, I think, for the most part, we’ve handled winning fine,” he said. “Now you’ve got to handle losing. It’ll show a lot about our competitive character in the coming days, how we practice and how we show up on Thursday. It’s not going to get any easier in Bloomington.”

As McGuff referenced, Ohio State’s next opponent won’t be any easier. The Buckeyes travel to No. 6 Indiana on Thursday in an equally – if not more – challenging test, and Ohio State is looking to come out strong while taking lessons away from the loss to Iowa.

“This was important for us, but it’s going to also be important how we bounce back for our next game,” guard Taylor Thierry said. “So, (the loss) is good for us but also bad for us.”

The contest against Iowa began a challenging stretch in Big Ten play. After Indiana, the Buckeyes will host Purdue before going on the road to face Wisconsin and No. 10 Maryland, and the team is making sure they don’t let one loss spiral after a positive start to the season.

“I feel like we’e handled success really well, but now we have to handle a loss,” forward Cotie McMahon said. “This will really determine who we are as a team at Indiana.”