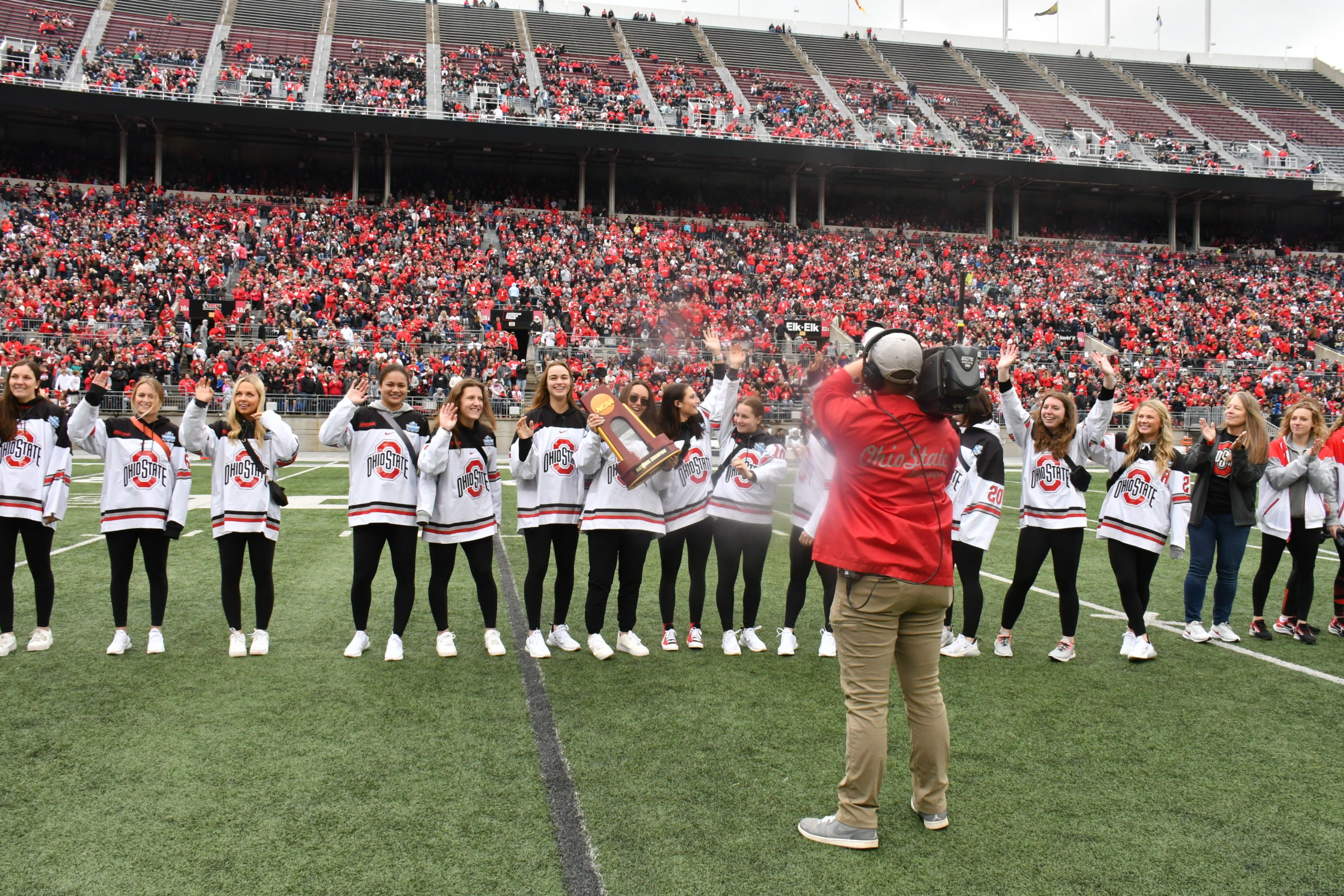 After sweeping St. Cloud State on the road Friday and Saturday, the Buckeyes have improved their record to 22-2-2 on the season and are No. 1 in the USCHO coaches poll, receiving 17 of 20 first-place votes. The other three went to No. 2 Yale, who stands at 19-1-1 on the year.

The first of OSU’s two contests with the Huskies wasn’t much of a contest at all. The Buckeyes boat raced their opponent, jumping out to a 3-0 lead less than a minute into the second period and cruising to a 6-2 victory. Graduate forward Paetyn Levis picked up three points with a game-high two goals, with four other Ohio Staters carving their names into the scoring column.

In its second open tournament of the season, Ohio State men’s gymnastics improved on its overall score from the week prior with a 405.350 at the Navy Open to capture first place Saturday.

Freshman Kristian Grahovski was the biggest standout for the Buckeyes, winning the pommel horse title at the six-team event with a personal-best score of 14.250. That places him 13th nationally in the event.

Grahovski earned Big Ten Gymnast of the Week for his efforts, which also included his collegiate debut on high bar, a score of 13.100.

The Budapest, Hungary native achieved an individual score of 593 in the smallbore category against the Mountaineers, the most ever by an OSU shooter. That catapulted him to a program record for aggregate score as well, a 1,186.

West Virginia beat the Buckeyes 4,740 to 4,713 when all was said and done, but OSU raised its NCAA qualification average on the season to 4703.33, the highest it has ever been in school history.