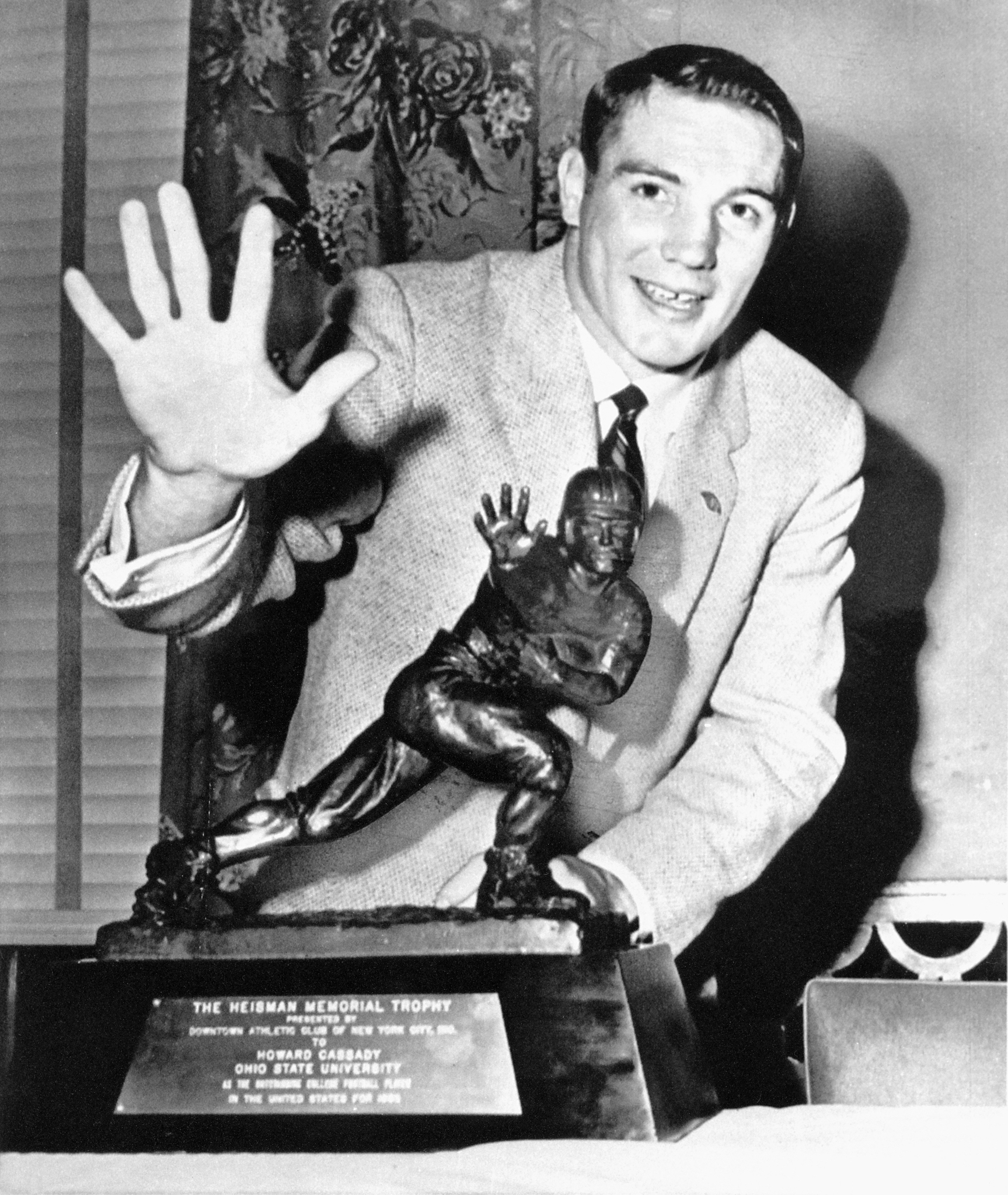 Ohio State great Howard “Hopalong” Cassady died at the age of 85 early in the morning Sept. 20 in Tampa, Florida.

Cassady starred as a halfback for the Buckeyes from 1952-55 and became the third Heisman Trophy winner in program history (Les Horvath, 1944, Vic Janowicz, 1950), winning by the largest margin at that time.

“We’ve lost not only a legendary Buckeye, but also a wonderful person in Hop Cassady,” Ohio State athletic director Gene Smith said in a statement. “He was an all-time great Buckeye in every way. We will have the Cassady family in our thoughts and in our prayers.”

Cassady played for Woody Hayes from 1952-55, helping guide the team to a 29-8 record and to the 1954 national championship with a 10-0 record. He also helped Ohio State win outright Big Ten Conference championships in 1954 and 1955 and lead the Buckeyes to three victories against archrival Michigan. 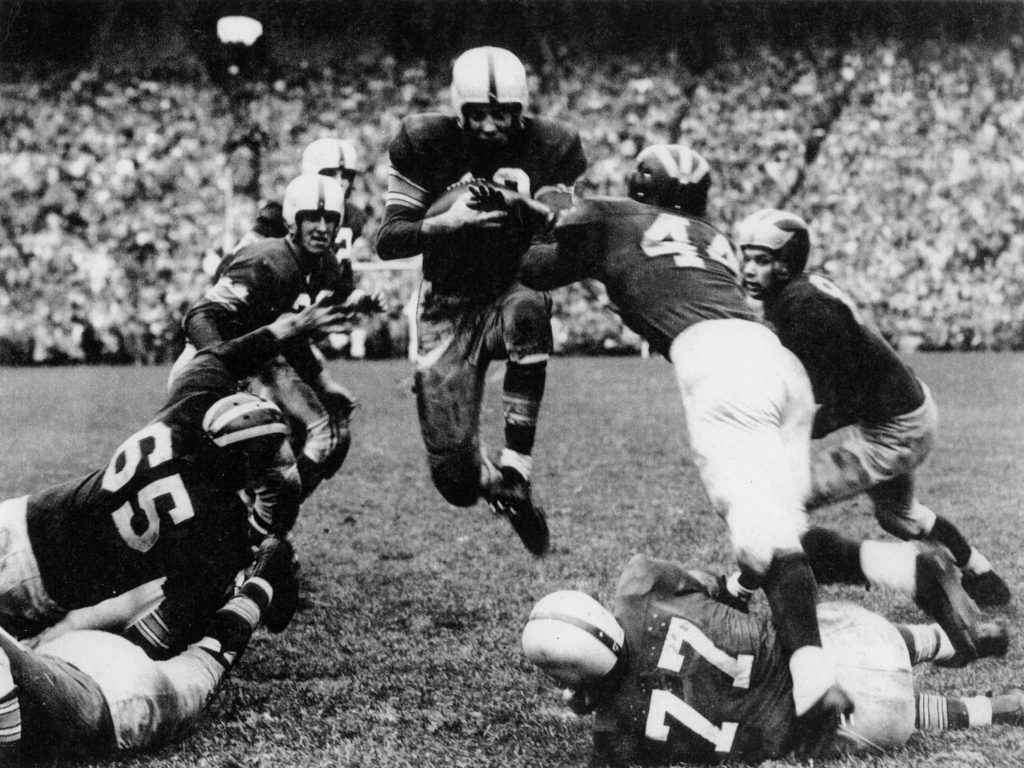 The Heisman Trophy tailback concluded his career with 2,466 rushing yards, which was an Ohio State record at the time, and still ranks No. 19 in school history. He scored 37 touchdowns in 36 games.

Cassady earned his nickname of “Hopalong” from Columbus, Ohio, sportswriters during his first game, when he scored three touchdowns in a 33-13 win against Indiana and “hopped all over the field like the performing cowboy,” a reference to the fictional, clean-cut hero, Hopalong Cassidy, played on film by Ohioan William Boyd.

In his 1955 Heisman season, Cassady rushed for 958 yards and 15 touchdowns and was also the AP Athlete of the Year and an All-American, his second honor.

Hayes, an Ohio State coaching legend, described Cassady as “the most inspirational player I’ve ever seen.” 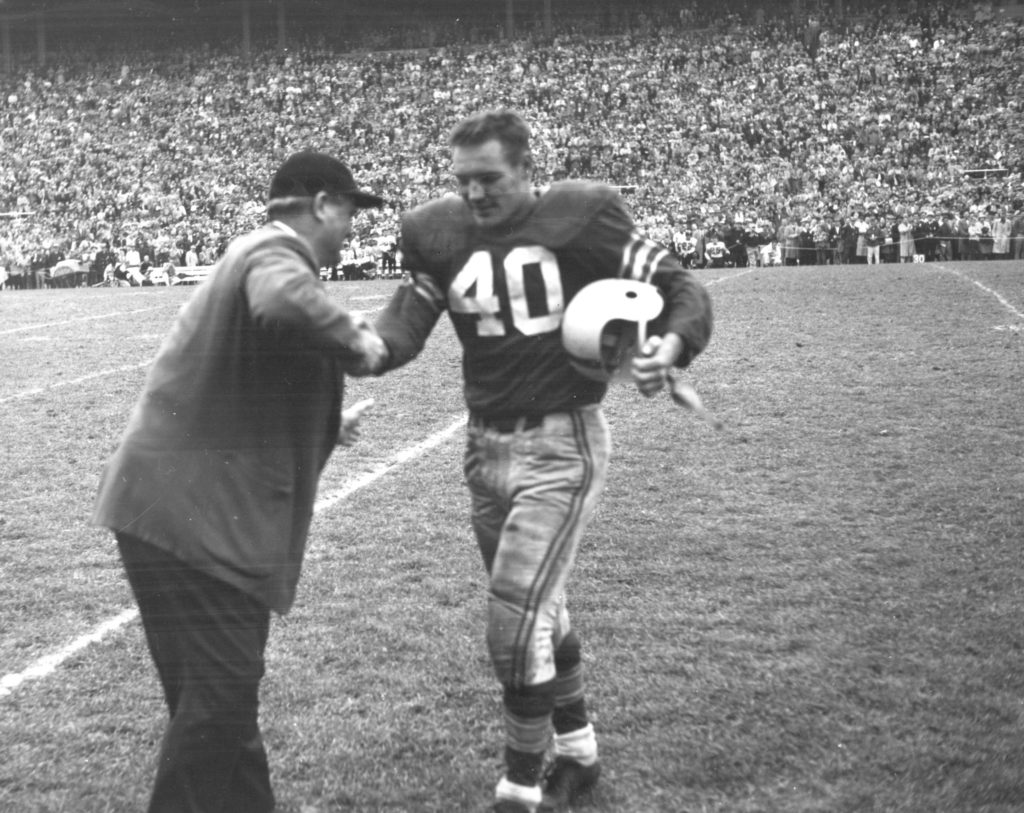 Although he was a star on the gridiron, Cassady didn’t view himself that way. He just put his head down and worked.

“I just lived from day to day,” Cassady once told OhioStateBuckeyes.com. “Back then, there were no scholarships, so I worked, played ball and went to school.”

Cassady went on to play nine seasons in the NFL, including seven with the Lions, where he won an NFL championship in 1957. He also played for Cleveland and Philadelphia. 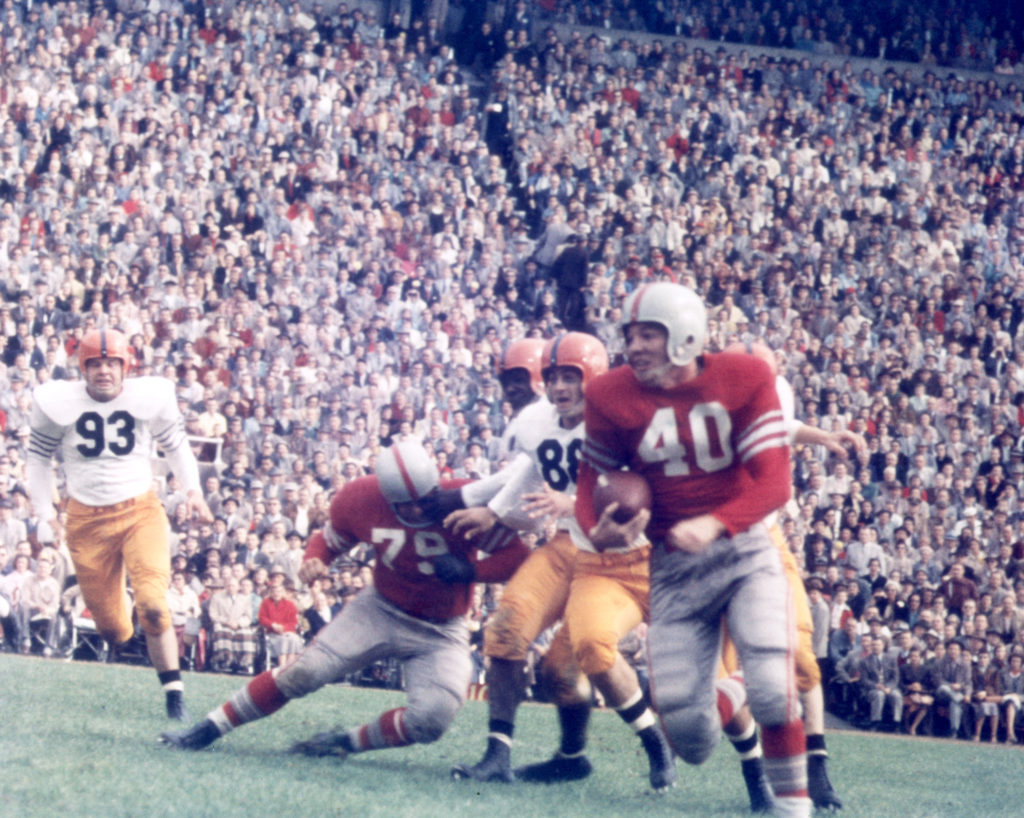 The athletic Cassady also played baseball for Ohio State and followed his NFL career with more than 30 years of service in the Yankees organization. Cassady met George Steinbrenner, the Yankees’ longtime owner and a fellow Ohioan, because of their connection through the U.S. Air Force.

Steinbrenner hired Cassady in 1976 as the Yankees’ conditioning coach, preceding World Series championships for the club in 1977 and ’78. Cassady later worked as a Yankees scout and special instructor as well as a coach for New York’s Triple-A affiliate in Cassady’s native Columbus, the Clippers.

In addition to his success in athletics, Cassady was a beloved father to his children, who will mourn his death along with the Ohio State community.

“He was a Heisman Trophy dad as well,” Craig Cassady, his son, said from his home in Chautauqua Lake, N.Y., on Sept. 20. His other son, David, lives in Dublin, Ohio, and his daughter, Rayne, resides in Columbus.

Cassady will be honored at Ohio Stadium during Ohio State’s game against Miami on Sept. 21. 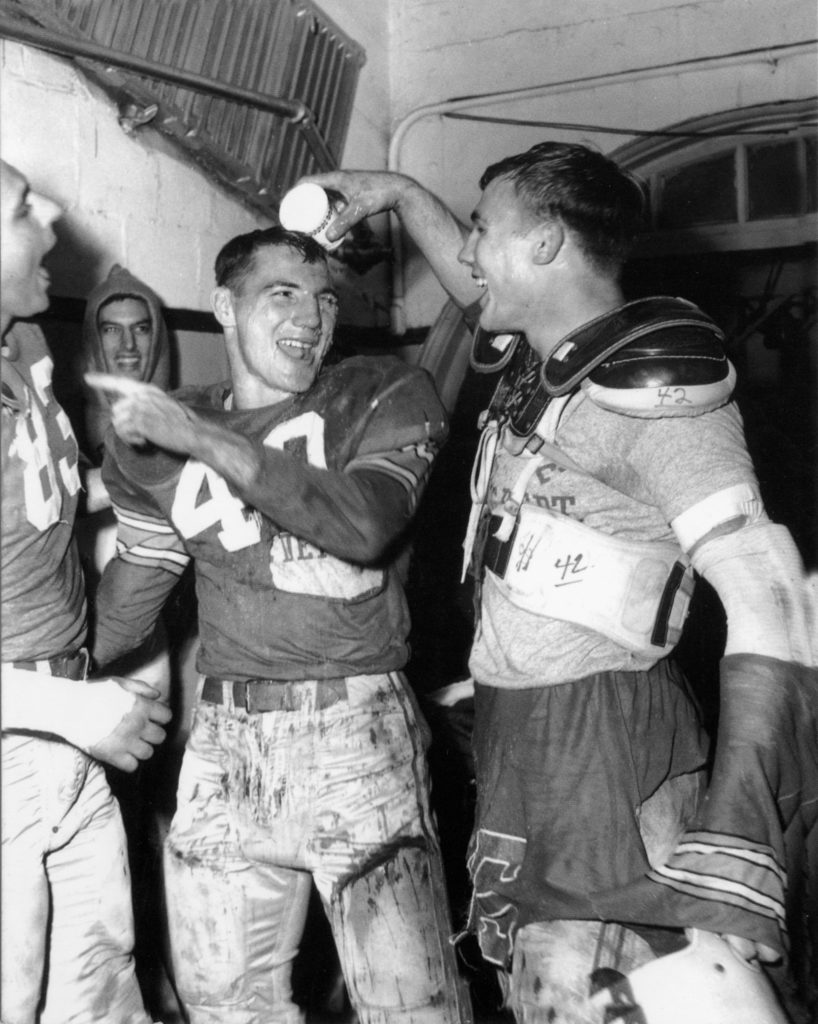