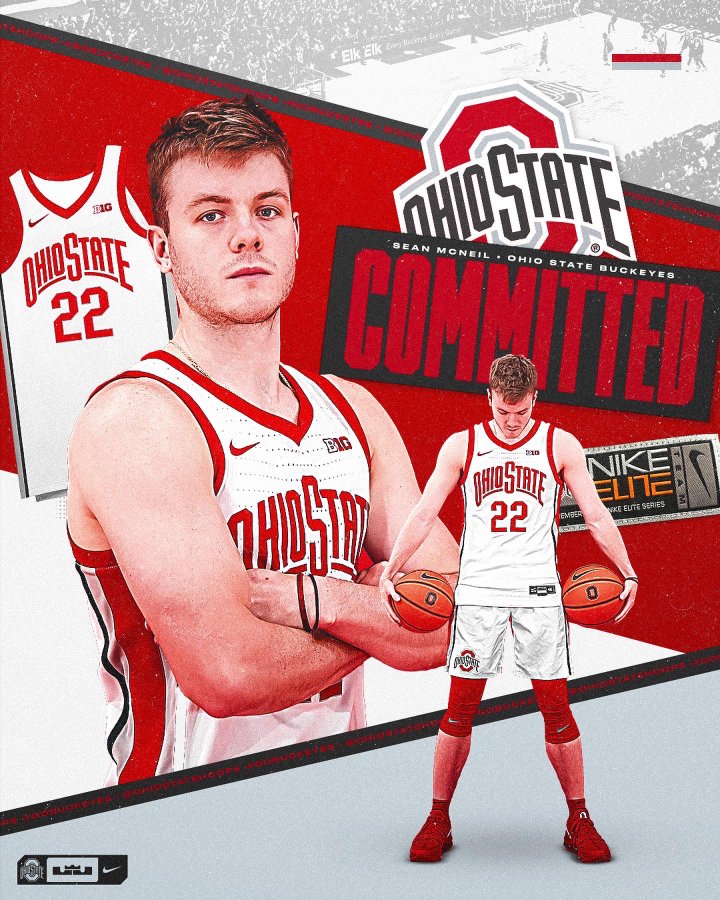 Ohio State’s search for a transfer guard is over. Only a day after one of the program’s top portal targets, Kansas State point guard Nijel Pack, announced his intention to play his next season at Miami (Fla.) over the Buckeyes and Purdue, the Buckeyes secured a pledge on April 24 from former West Virginia guard Sean McNeil (6-3, 210) during his official visit to Columbus.

Ohio State had been in hot pursuit of the former class of 2019 three-star out of Union (Ky.) Sinclair Community College since he announced his intentions to depart from West Virginia after three seasons following the conclusion of a 16-17 campaign for Bob Huggins’ Mountaineers. He was ranked by 247Sports as the nation’s No. 35 transfer portal prospect when he announced his pledge to the Buckeyes.

The addition of McNeil gives Ohio State their second transfer portal addition of the offseason along with Wright State guard Tanner Holden, and offers a potential answer in a suddenly very thin point guard room after the departure of Meechie Johnson Jr. to the portal.

McNeil started 32 games for the Mountaineers this past season and another 23 in 2020-21, averaging 12.2 points, 1.4 assists and 2.5 rebounds per game this past season while shooting 41.4 percent from the field. Notably, he knocked down 36.8 percent of his 4.8 three-point tries per contest in 2021-22 and 38.8 percent of his 6.1 attempts per game in 2020-21 – Ohio State is hoping that he can provide a much-needed shooting spark to a roster without an especially strong deep-ball shooter.

An All-Big 12 pick in 2020-21, McNeil picked the Buckeyes over Cincinnati, Indiana, Louisville and Virginia, having taken a visit to Bloomington in the days prior to his April 24 visit to Columbus that ultimately culminated in his commitment. He has two seasons of eligibility remaining for the Buckeyes