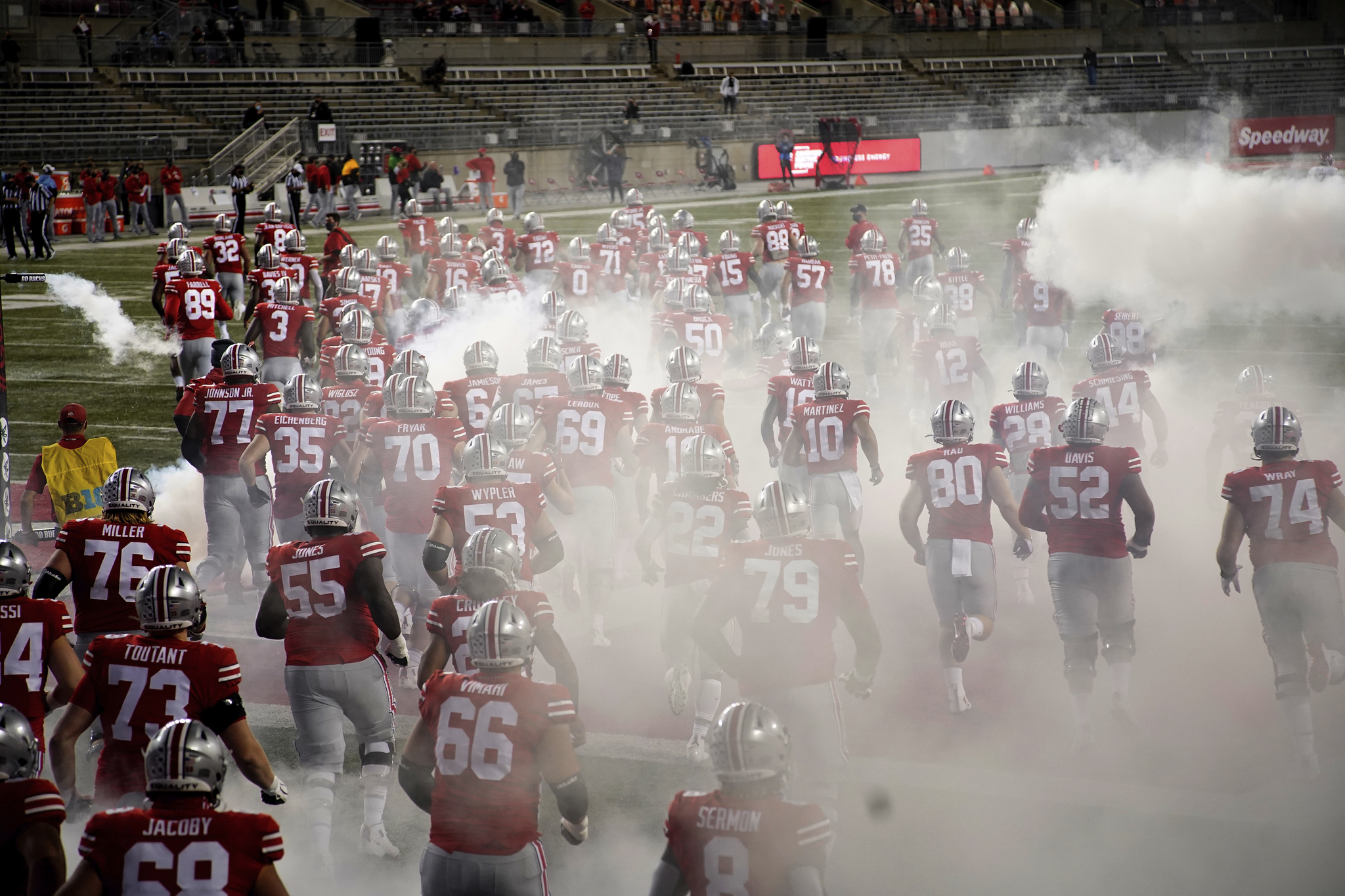 Ohio State will not fly to Champaign, Ill., tomorrow morning as previously planned to take on Illinois, as the Nov. 28 matchup between the Buckeyes and Fighting Illini has been canceled, according to a university release.

“The Department of Athletics has paused all team-related football activities. The decision to cancel and pause was made jointly by Director of Athletics Gene Smith, University President Kristina M. Johnson, head team physician Dr. Jim Borchers and in consultation with the Big Ten Conference.”

With this decision, Ohio State now sits on the edge of potential ineligibility for the Big Ten championship game. The requirement to qualify is six played games, which is now the maximum that Ohio state can hit in the regular season, if it’s able to take on Michigan State on Dec. 5 and Michigan on Dec. 12. The decision was made because of the increase in positive tests that were conducted on Friday.

“We have continued to experience an increase in positive tests over the course of this week,” Smith said. “The health, safety and well-being of our student-athlete is our main concern, and our decisions on their welfare will continue to be guided by our medical staff.”

According to the release, Ohio State will not resume team activities until it is given clearance to do so.

“The program will resume its team activities when its medical staff determines it is safe to do so based on protocols established by the Big Ten Conference.”