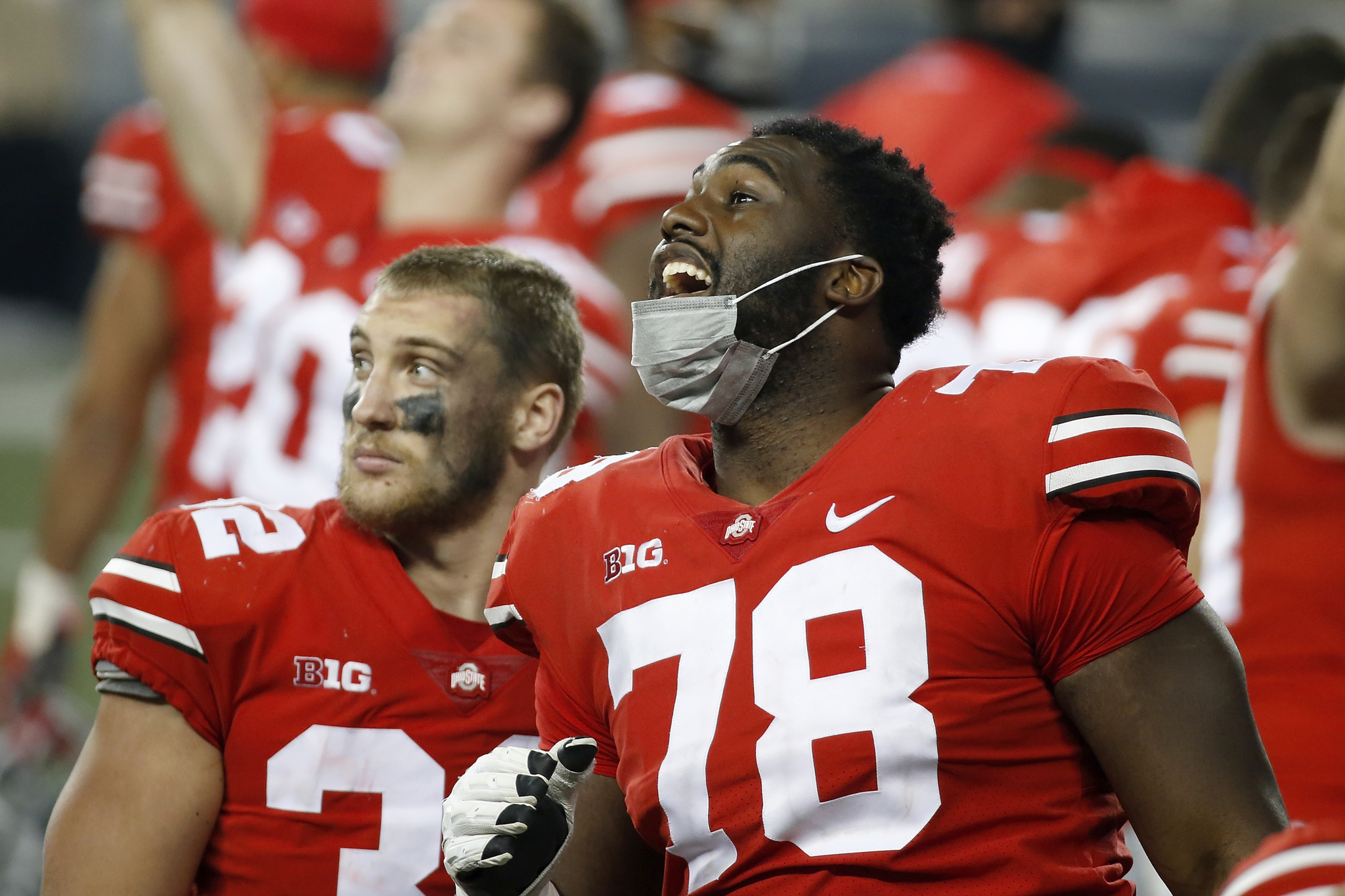 Concerns around playing reaching the six-game minimum required to compete for the Big Ten championship game have increased significantly in Columbus after Ohio State was unable to take on Illinois in its fifth game of the season. Now needing to play two more games to hit that requirement, it appears as though the Buckeyes will need to begin to worry about being left at home on Dec. 19.

Even if the Buckeyes are unable to finish out the season and hit that six-game mark, all may not be lost for OSU. While the requirement for Big Ten championship qualification is six games played right now, that number can change if there are enough games canceled across the conference in the final three weeks.

According to the ESPN writer Heather Dinich, “if the average number of Big Ten games falls below six, then teams must play no less than two fewer conference games than the average number of Big Ten games played by all teams to be considered for the league championship.” In other words, if the Big Ten has 45 or fewer games played at the end of the season (6.42 games per team, which rounds down to six), the minimum games requirement would suddenly become four, making the Buckeyes eligible again.

However, hitting that number seems unlikely at this point. The Big Ten has seen six games canceled through six weeks, putting it on pace to play 50 of its 56 scheduled games (7.29 games per team) if there are no more cancellations on the season. For this to matter for Ohio State it would have another game canceled, moving that number to 49, which means that the Buckeyes would need four more games cancelled in the final two weeks of the year.

Even trickier is that it appears the Big Ten’s wording meant differently than it appears. According to Dave Revsine of the Big Ten Network, the number requirement is actually five, not six, meaning that Ohio State would need 12 games canceled.

With 13 games (assuming Ohio State loses one more game but plays one more), that would require a whole lot of chaos within the Big Ten. It would also require some tough conversations for Day, who talked about the difficulties of having a game canceled on Nov. 12

“The hardest thing is looking a team in the eye that has done everything you have asked them to do and they can’t play,” Day said. “I mentioned that when Nebraska wasn’t able to play (against Wisconsin). Someone asked, ‘What happens when that happens to you?’ And like I said, I feel awful. I do. I feel awful for this team. But there is nothing we can do about it.

“I can tell you that when you’re preparing for a team, there’s really just not a lot of time in a day to be dealing with these kinds of things. So, I leave that up to (athletic director) Gene (Smith) and president (Kristina) Johnson to have those conversations.”

Day also said that if Ohio State did find itself on that six-game edge, as it does now, he would be in favor of the Big Ten potentially revisiting its game requirements.

“Well, there hasn’t been any conversation because this is the first time it’s kind of come up,” Day said. “I think maybe as we get closer, there will be more conversation. I don’t know. Again, these are the things that, right now, I don’t even really have time to talk to Gene about much. Because there’s nothing that we can do about it at all.

“But I do think as we get closer, if we’re not able to play X-number of games, then I think at that point that we maybe need to revisit it. And one of the things that I think we’ve done a decent job of is being flexible here. And we have to continue to be flexible as things move along and just make the right decision, whatever that might be in any situation. The fact that we changed the policy for testing positive on game day, now we’ve got a PCR test that allows someone to play (if the antigen test turned out to be a false-positive). That’s something that is the sign of good leadership, and I think and I hope that we will continue to do that.”