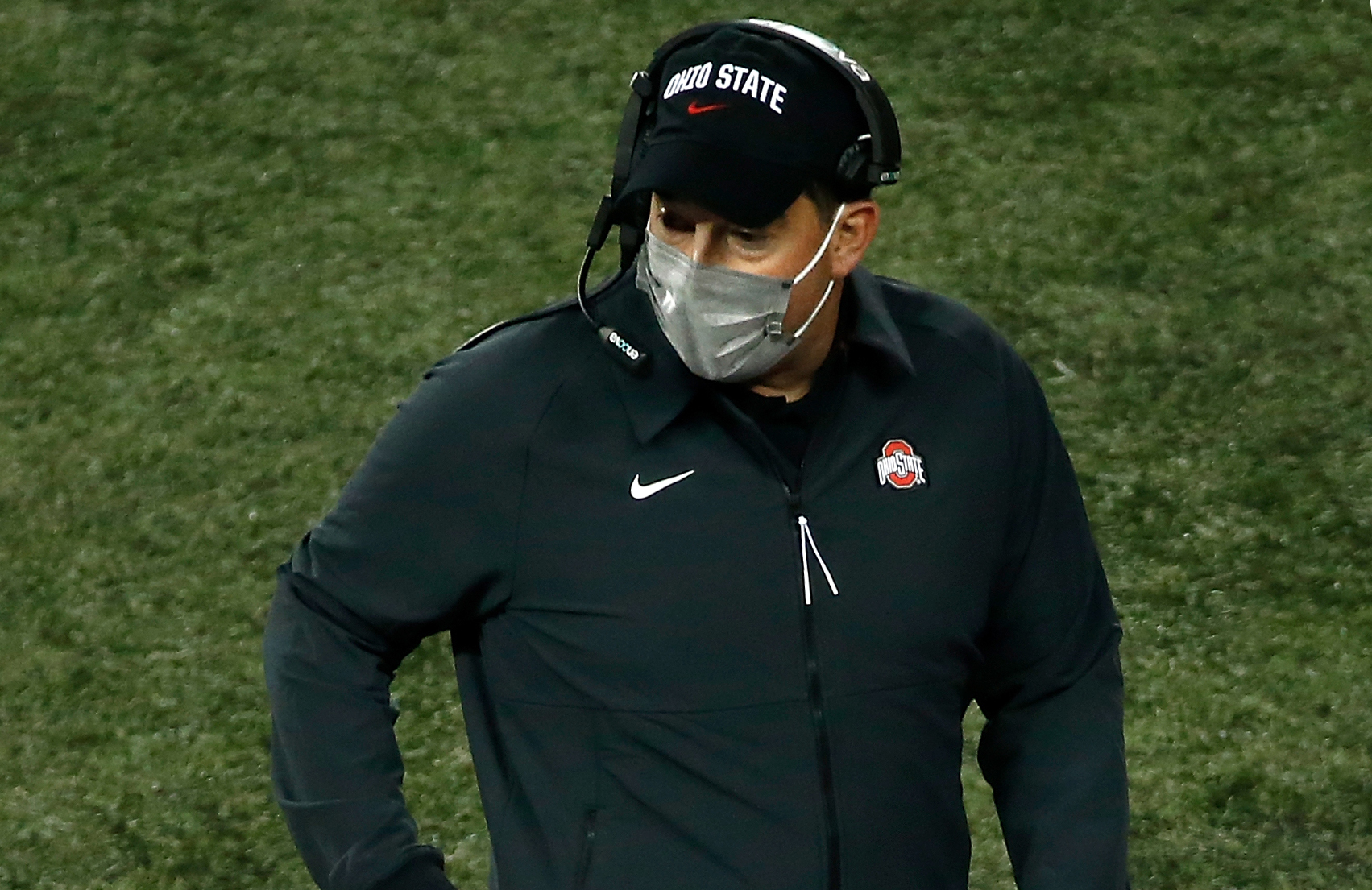 Ohio State announced Friday that head coach Ryan Day has tested positive for COVID-19 and will not travel with or coach the team Saturday against Illinois.

Day is one of what the university called “an increased number of positive tests this week” after previous weeks where Ohio State “consistently recorded nearly 0% positivity since Aug. 11.”

“I have spoken with Coach Day, and he is doing well physically,” Ohio State athletic director Gene Smith said in a statement. “I feel terrible for Coach and for the members of the program who have been diagnosed with a positive test. Coach Day and this team have been true leaders in handling things so well throughout this pandemic. Our team wants to play this game, and we’re going to do everything we can to help make this happen. All of the decisions on the welfare of our student-athletes and staff members will continue to be guided by our medical staff.”

Unlike with players, who must sit out a minimum of 21 days after a positive test due to Big Ten rules, Day will have to follow the CDC guidelines and isolate for at least 10 days, and then be without symptoms for at least 24 hours before he can return.

The team is still set to face off against the Fighting Illini at noon Saturday because the positive tests do not yet meet the required threshold to cancel the game as set by the Big Ten. Associate head coach and defensive line coach Larry Johnson will serve as interim head coach for the matchup.

The team will also be flying to the game Saturday morning instead of arriving Friday night “because of the additional PCR testing taking place today,” according to the statement.

Day has a career 20-1 head coaching record for the Buckeyes across three seasons, and this will be Ohio State’s first game without him at the helm since the Rose Bowl against Washington, which the Buckeyes won 28-23 under former head coach Urban Meyer.