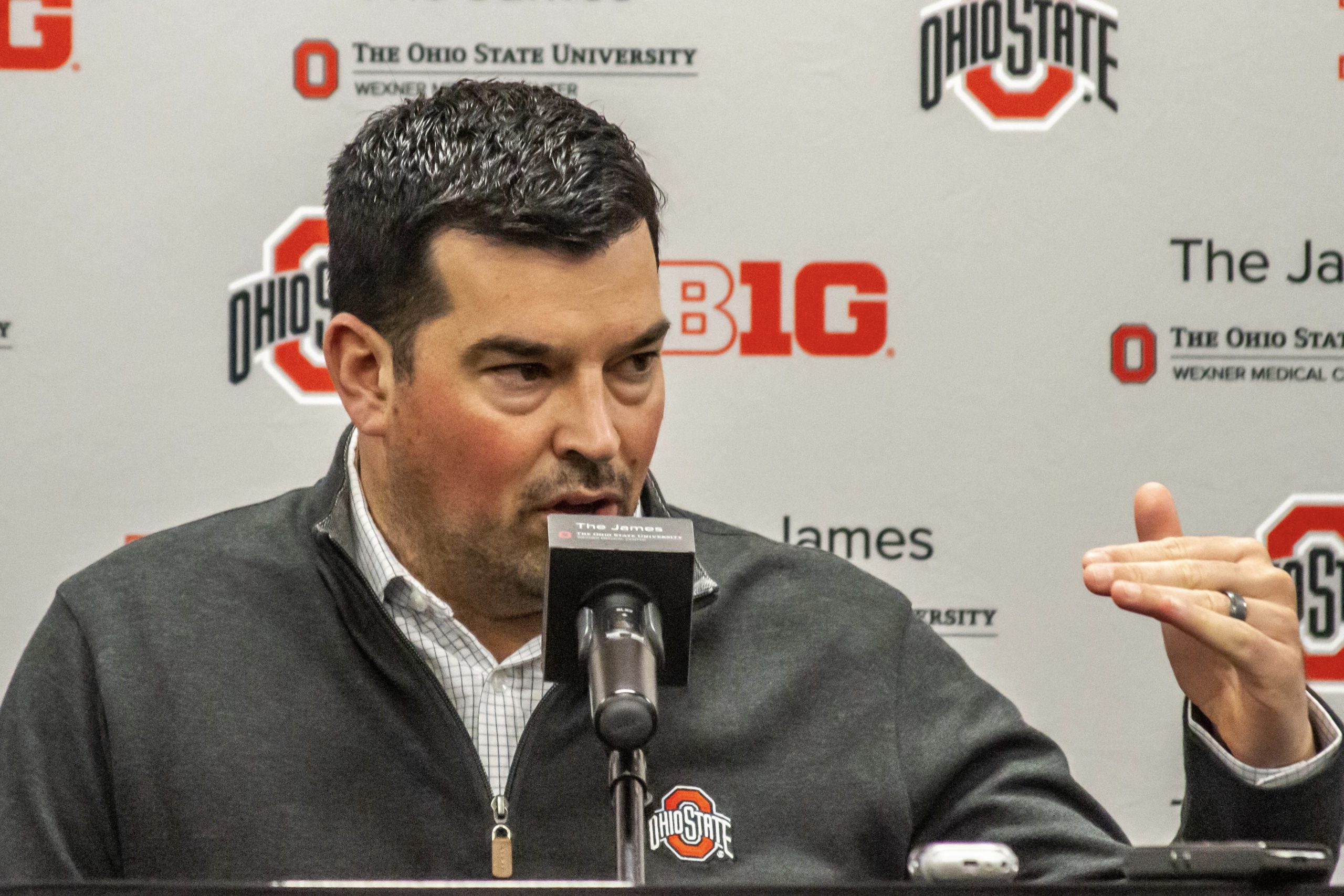 Ohio State head coach Ryan Day spoke to the media via Zoom call Monday to give an update on spring practices. He also spoke on the running back battle, younger players impressing and if there has been any sort of two-deep depth chart established so far.