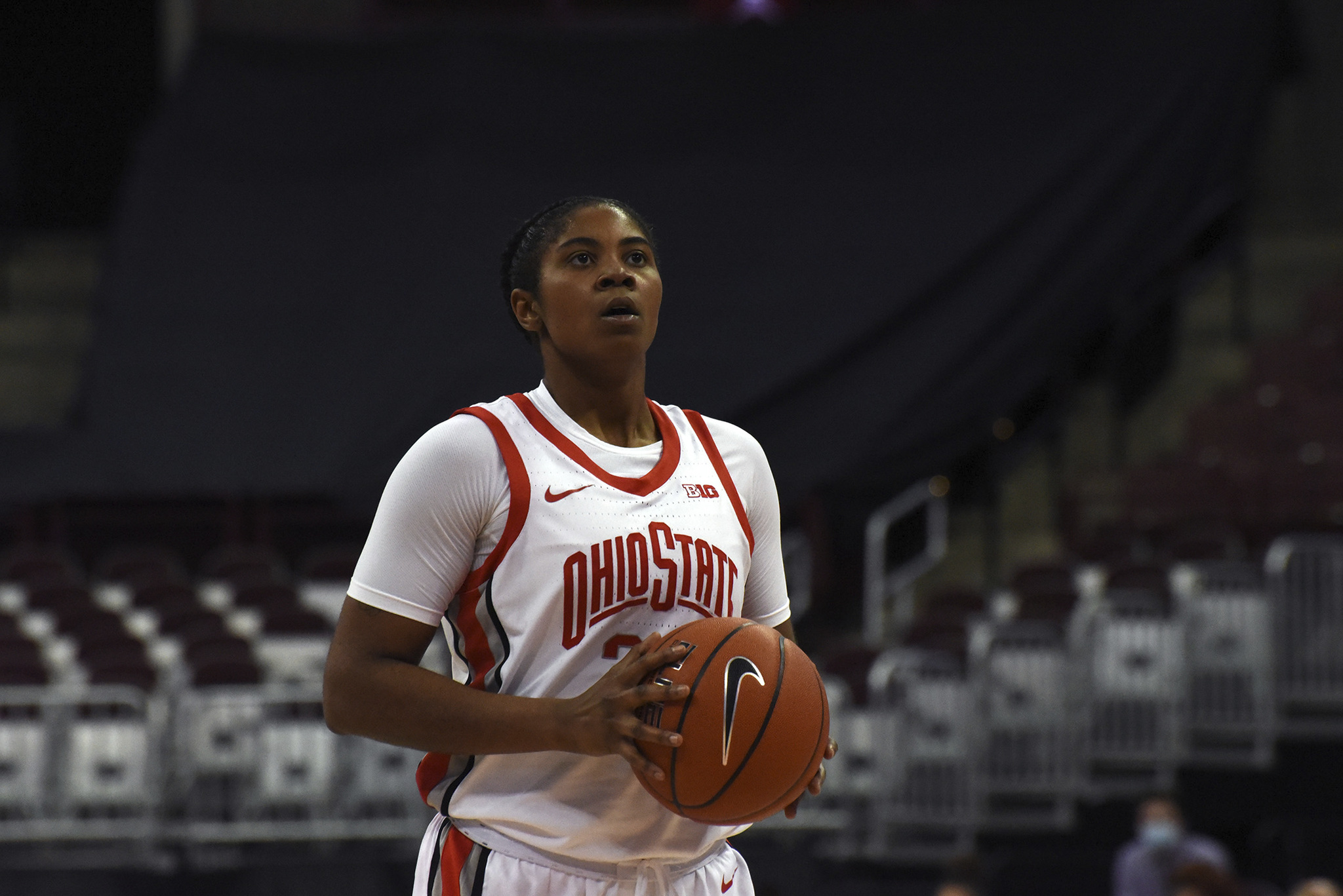 Ohio State women’s basketball head coach Kevin McGuff confirmed to Buckeye Sports Bulletin that forward Tanaya Beacham will use her free year of eligibility from the NCAA to return to the Buckeyes for her sixth-year senior season.

Beacham has been at the collegiate level for five years, but has only spent one at Ohio State, transferring to the team last offseason after three years plus a redshirt year with Toledo. Last season with the Buckeyes, Beacham played in 19 games, including five starts, and finished with 4.1 points and 3.7 rebounds per game. She shot 45.6 percent from the field and 77.8 percent from the free-throw line, third best on the team.

In her time with Toledo, she played in 95 games, averaging career-highs of 10.8 points and 5.5 rebounds in her final season with the program. She also led that team in field goal percentage (58.3 percent), while also serving as a team captain.

The return of Beacham could be substantial for an Ohio State team that lost both of its starting forwards to the transfer portal this offseason. Dorka Juhasz and Aaliyah Patty, who started every game they played in last year, transferred to UConn and Texas A&M, respectively.

The Buckeyes now have three forwards on the roster, with Beacham joining Gabby Hutcherson and Rebeka Mikulasikova, who are entering their sophomore and junior seasons, respectively.

Beacham’s return means that both seniors from last year’s team are using their free years of eligibility to come back for the 2021-22 campaign. The other is guard Braxtin Miller, who started in all 19 of her appearances and tallied 11.5 points, 3.7 rebounds and 3.1 assists per game last year.