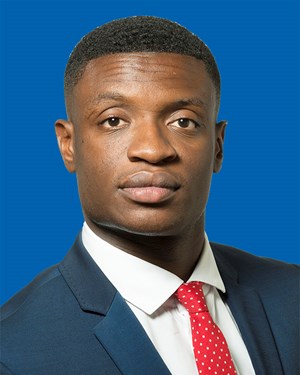 The Ohio State men’s basketball team has its new assistant coach, just weeks after Terry Johnson departed from the program to take over as the offensive coordinator for Purdue. The Buckeyes are hiring former Seton hall assistant Tony Skinn to replace Johnson, according to a report from Jerry Carino of the Asbury Park Press.

Skinn is relatively new to the coaching game, but you may recognize his name from his time as a player – he was a star for the George Mason team that made an improbable final four run back in 2006, his senior season. As the top point guard for the Patriots, Skinn averaged 12.6 points, 3.5 rebounds, and 2.8 assists per game.

He made his first foray into coaching back in 2012, after playing professionally all over the world from 2006-2012. He took over as the director of athletics at the Paul International High School in Washington, D.C., and served as an assistant coach for NIKE Team Takeover, a high-level AAU team. Revered for his recruiting ability, Skinn moved to Louisiana Tech, where he worked as an assistant for Eric Konkol from 2015-18.

He was hired by Kevin Willard at Seton Hall after 2018, where he worked as an assistant for the last three seasons. He’s credited with landing three-star point guard Ryan Conway in the 2021 class but helped to recruit several of Seton Hall’s top prospects since taking over as an assistant. The Pirates finished with the No. 29 class in the country in 2021, led by four-star wing Brandon Weston.

Skinn joins Ryan Pedon and Jake Diebler as members of Chris Holtmann’s staff, and will likely slot into Diebler spot as an ace recruiter, while Diebler takes over Ohio State’s defense.