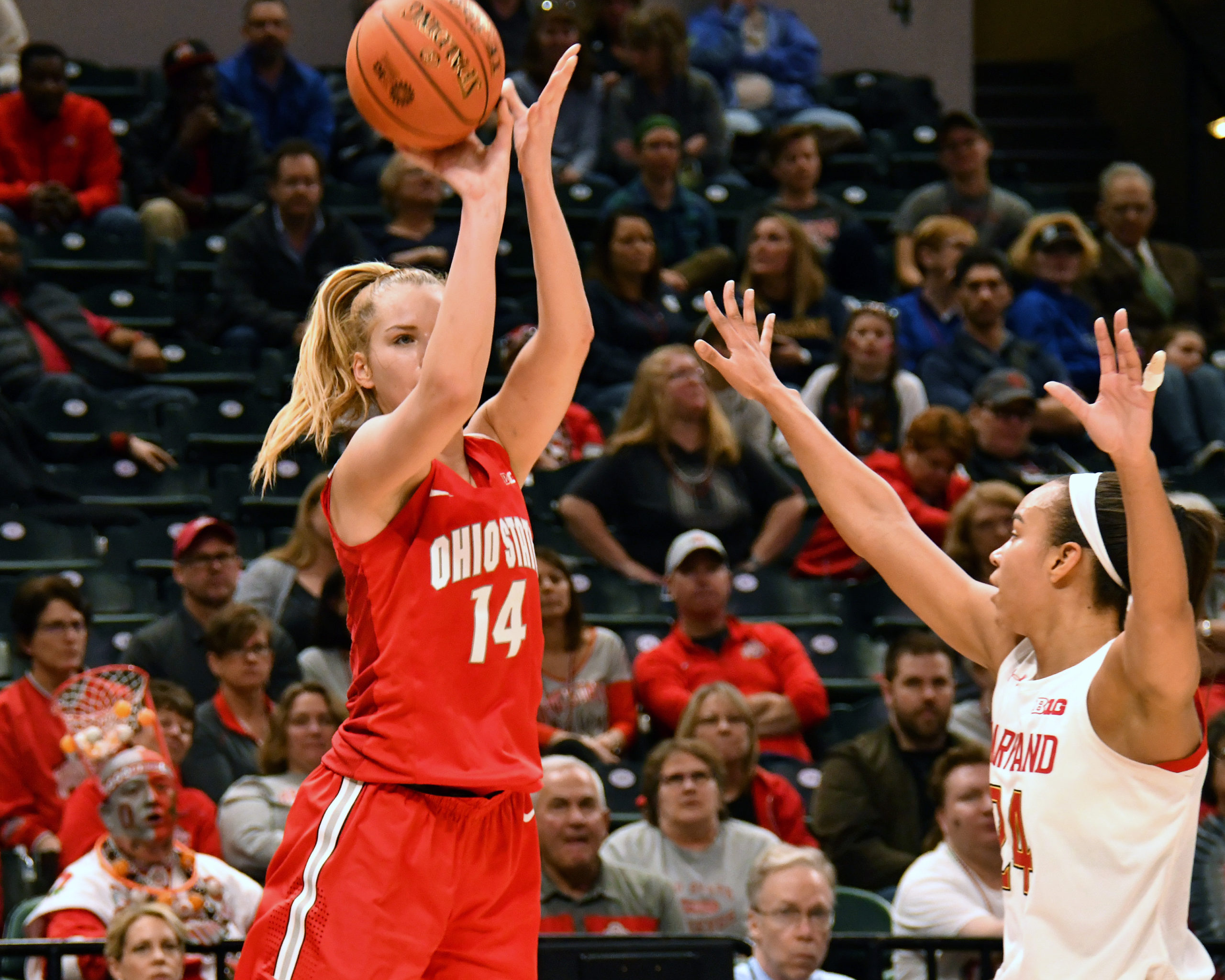 Ohio State junior forward Dorka Juhasz was named as one of 50 players nationally to the Jersey Mike’s Naismith Trophy Watch List on Tuesday.

Juhasz was one of six players from the Big Ten to make the watch list, with Rutgers guard Arella Guirantes, Michigan forward Naz Hillmon, Maryland guard Ashley Owusu, Indiana guard Ali Patberg and Northwestern guard Lindsey Pulliam being the others.

This is not Juhasz’s first preseason honor, with the third-year forward also being named to both the coaches and media Preseason All-Big Ten team. She was selected to the coaches team unanimously.

Juhasz is coming off an impressive sophomore season that found her on the All-Big Ten lineup at the end of the 2019-20 season. Last year, she finished with 13.2 points and 9.4 rebounds per game, both of which were team highs. She shot 47.6 percent from the field and 39.6 percent from three.