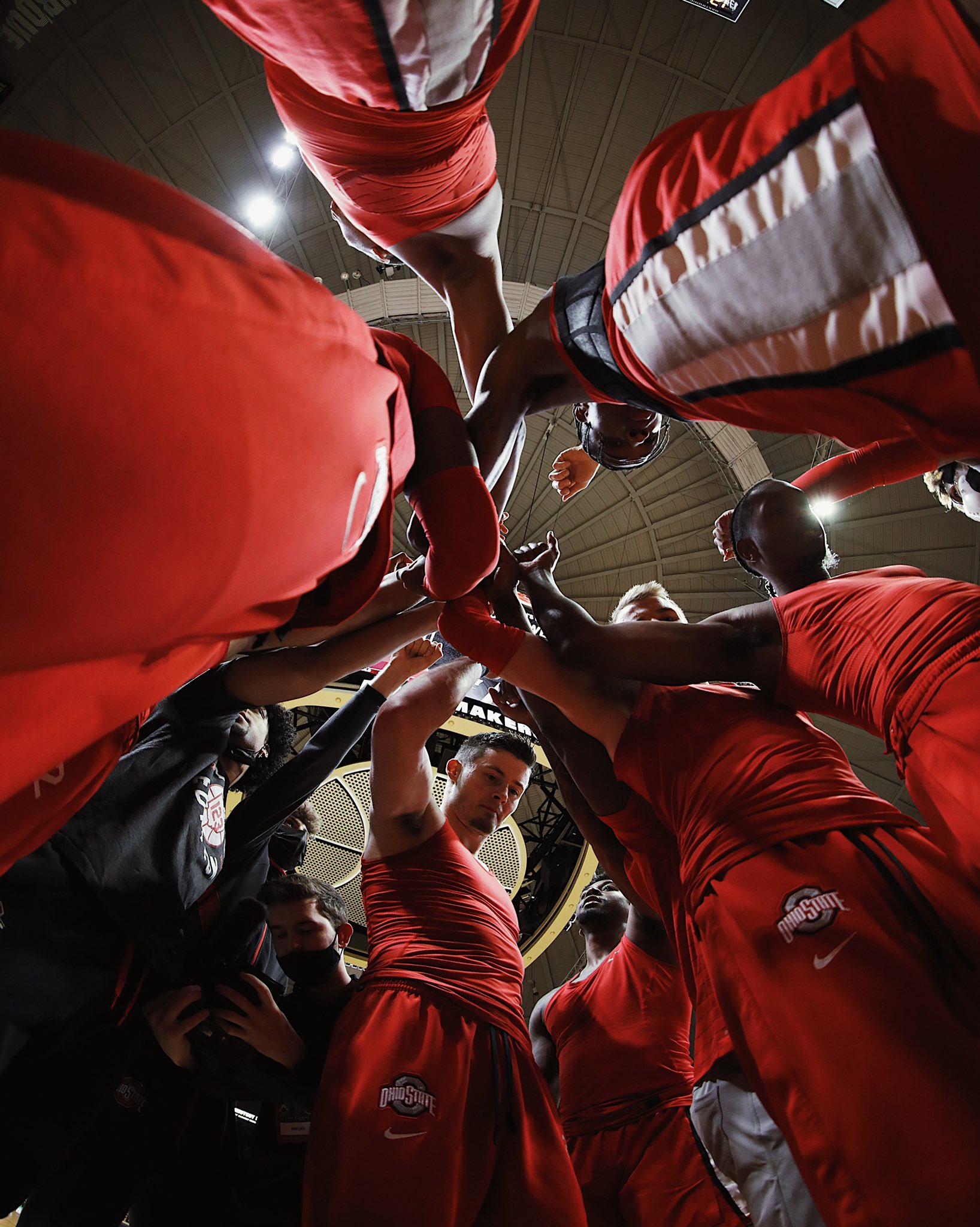 There are few venues in the Big Ten that present a larger challenge for visiting foes than Purdue’s Mackey Arena. The Boilermakers had suffered only two home losses in the 2020-21 and 2021-22 seasons prior to Ohio State’s visit on Jan. 30, falling to Michigan a year ago and Wisconsin earlier this season.

Ohio State’s success in West Lafayette has been similarly stunted. The Buckeyes last toppled Purdue on the road in 2018 when Keita Bates-Diop followed a Jae’Sean Tate miss with a put-back to secure a 64-63 win, and they entered this most recent matchup with a 1-4 record in their last five trips. Even when Purdue isn’t there, Mackey Arena has proven unfriendly to the Buckeyes – this served as Ohio State’s first trip back since its shocking loss to 15th-seeded Oral Roberts in the first round 2021 NCAA Tournament.

A big reason for Purdue’s recent success at home has been the trio of center Zach Edey, point guard Jaden Ivey and center Trevion Williams, and all three proved critical again in this battle.

Edey’s 7-4 frame went without an answer from the Buckeyes for much of the game and put any OSU player who attempted to match up with him into a tricky spot.

Key drew the first assignment and spent nearly the entire first half on the bench after he was whistled for two fouls within the first three minutes of the game. Joey Brunk took over for Key and was largely able to stay out of foul trouble but didn’t offer much resistance to his opponent – Edey scored seven points in the first half and 20 on the game, with three rebounds.

Ivey, who sunk the Buckeyes with a game-winning 3-pointer in Columbus last season, kept the pace he’s been on all season offensively. Even with Jamari Wheeler – one of the Big Ten’s best guard defenders – back from a one-game injury break and on his case, Ivey powered the Boilermaker offense as its primary ball-handler, racking up 21 points and two assists on 8-of-20 shooting from the field.

And it was Ivey who again knocked down the ultimate dagger to secure Purdue’s win in this matchup, taking the ball on the final possession and knocking down a contested 3-pointer without any time remaining on the clock to lift the Boilermakers above Ohio State.

The Buckeyes looked to be cruising to a blowout defeat for much of the game, trailing 52-32 at one point in the second half after a brutal start to the game from E.J. Liddell and from deep, with the former scoring only six points in the first 20 minutes and the latter yielding only two makes in 13 tries.

But both entities came alive in the final 10 minutes of the game, as Ohio State knocked down five 3-pointers and Liddell chipped in 14 points to whittle Purdue’s lead all the way down to none, tying the game at 78 with only 25 seconds to play on a Liddle make from deep, capping a 17-5 run from the 3:37-mark on orchestrated entirely by Liddell and Malaki Branham.

Ivey’s shot put an end to the incredible surge, though, knocking down a fading 3-pointer from the elbow with a hand in his face to win the game for the home team.

Branham and Liddell led Ohio State in scoring with 20 points each, while Cedric Russell and Eugene Brown III contributed nine points apiece off the bench.