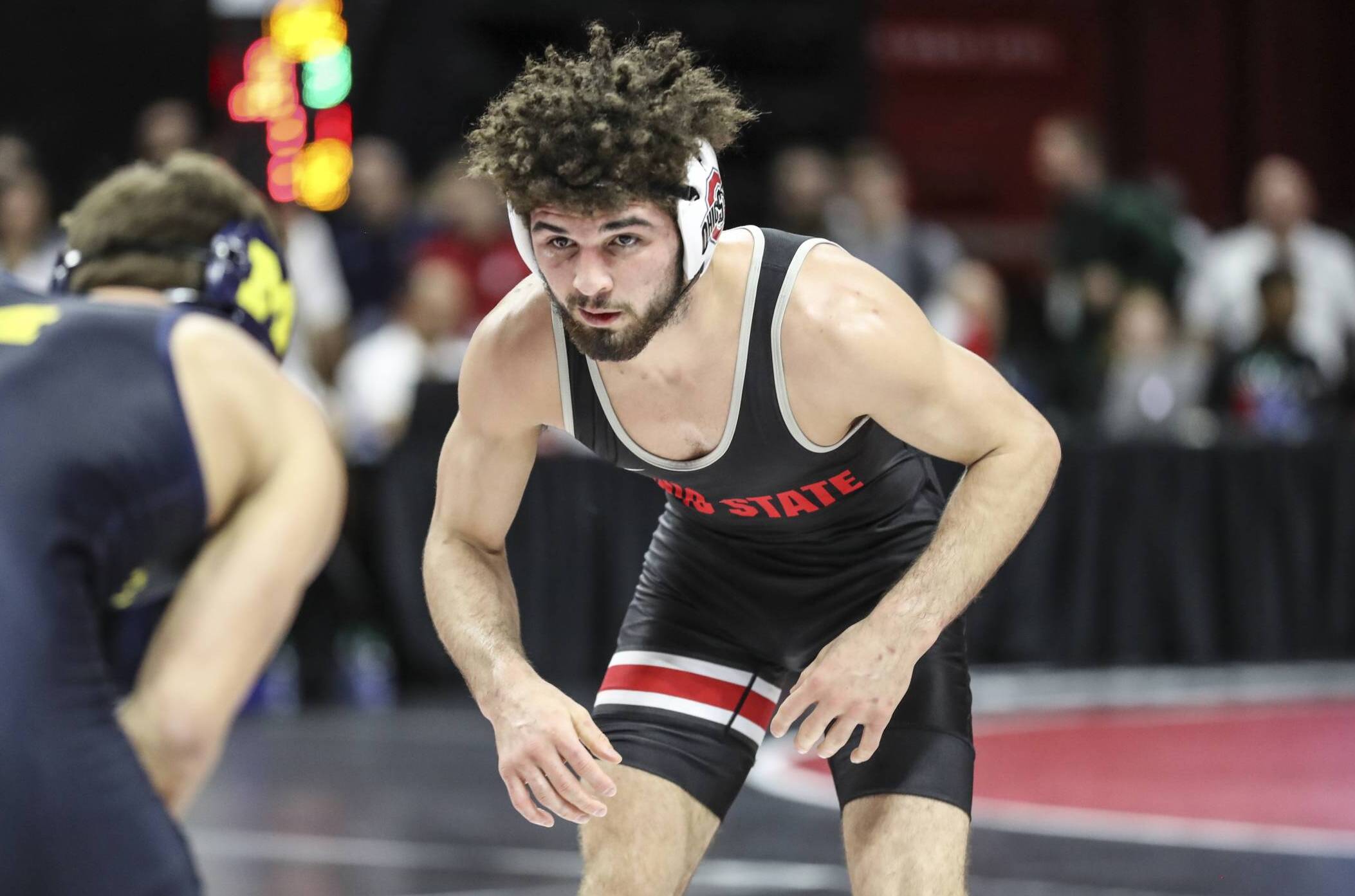 Ohio State wrestling will return to the mat Friday night for a highly-touted dual with Michigan. Both teams will enter the match undefeated and ranked in the top 10 of the NCAA’s Top 25 poll.

The No. 7 Buckeyes (5-0, 1-0) host the No. 4 Wolverines (4-0) in the Covelli Center in the battle between some of the nation’s best wrestlers in each weight class. Ohio State and Michigan combine for 17 probable starters ranked in the InterMat Top 25, and each of the 10 matches will include a ranked wrestler in the circle.

“This is probably one of the best teams that I have seen coaching in 30 years that we’re gonna face in Michigan, in that Team Up North,” Ohio State head coach Tom Ryan said. “It’s gonna be a real battle on Friday night, so we’ll have to be ready to roll.”

Ohio State redshirt junior Sammy Sasso, the No. 2 wrestler at 149 pounds, will look for his 26th-consecutive win in dual competitions when he faces Michigan’s Cole Mattin. His streak includes wins in 19-straight Big Ten duals. In addition, Sasso holds a 12-1 record at the Covelli Center.

While Sasso is ready to pile onto his already impressive totals, he understands that the Buckeyes will need a strong effort from each wrestler to take down the visiting Wolverines.

“Our guys have been working hard,” Sasso said. “We have a good, talented group of guys. We just need to keep buying in and keep doing what we’re doing.”

Ohio State senior and No. 18 lightweight wrestler Malik Heinselman will open the dual for the Buckeyes at 125 pounds. He will get his shot at No. 1 Nick Suriano — the new Big Ten frontrunner after Iowa’s Spencer Lee announced he would miss the remainder of the 2021-22 season because of an ACL surgery.

“We expect Malik to be dominant,” Ryan said last week. “Nick Suriano transferred to Michigan in the offseason from Rutgers using COVID eligibility so that he will be a test for Malik at 125, but we expect him dominant performances from him in the Big Ten.”

Heinselman will have his hands full when he battles Suriano, but he’s nothing Heinselman can’t handle. The Castle Rock, Colo., native is one of the Buckeyes’ best and most experienced wrestlers. He is always prepared to wrestle the opponent in front of him, using his strength and endurance to defeat the toughest of foes.

Ohio State true freshman Will Betancourt will get his second-career start at 133 pounds. Against Michigan State, Betancourt failed to post a point in his dual with No. 11 Rayvon Foley and lost a 16-0 technical decision. Still, Ryan and his coaching staff will trust that the Lancaster, Penn., native can produce points for the Buckeyes against No. 8 Dylan Ragusin.

At 141 pounds, redshirt sophomore Dylan D’Emilio returns for Ohio State. He missed the Jan. 8 dual with the Spartans because of an undisclosed ailment but will compete against No. 4 Stevan Micic on Friday night. D’Emilio earned a crucial 6-5 decision over Michigan’s Drew Mattin in last year’s dual, bringing the Buckeyes within striking distance.

Ohio State’s remaining starters are the same heading into its second Big Ten dual, save for Gavin Hoffman dropping back down to 197 pounds and Tate Orndorff reclaiming the heavyweight division. The Buckeyes will rely heavily on Sasso, Carson Kharchla, Ethan Smith and Kaleb Romero to be the consistent anchor they have proven to be this season.

If Ohio State can start the match building momentum with the first five matches, then close the door in the final five, the Covelli Center crowd will have lots to cheer for throughout the dual. In fact, Ryan said fans would play a significant role in the team’s success on Friday night.

“We’ve seen the impact across the country — the impacts that fans can have,” Ryan said. “This is one of the most electric environments that I have ever been a part of. We need people ready to scream and yell and be excited.”

Sasso agreed, claiming that he and his teammates feed off the energy Ohio State fans bring to the 3,700-seat arena.

“It’s huge,” Sasso said of the fan’s impact. “This is one of the best arenas in college wrestling. It’s brand new. It’s state-of-the-art, and it gets loud. Having the fans in there is a nice touch.”

Ohio State and Michigan will square off at 7 p.m. on Friday night. The match will be televised on the Big Ten Network. University students can get into the match for free using a BuckID and all other tickets can be purchased at ohiostatebuckeyes.com.