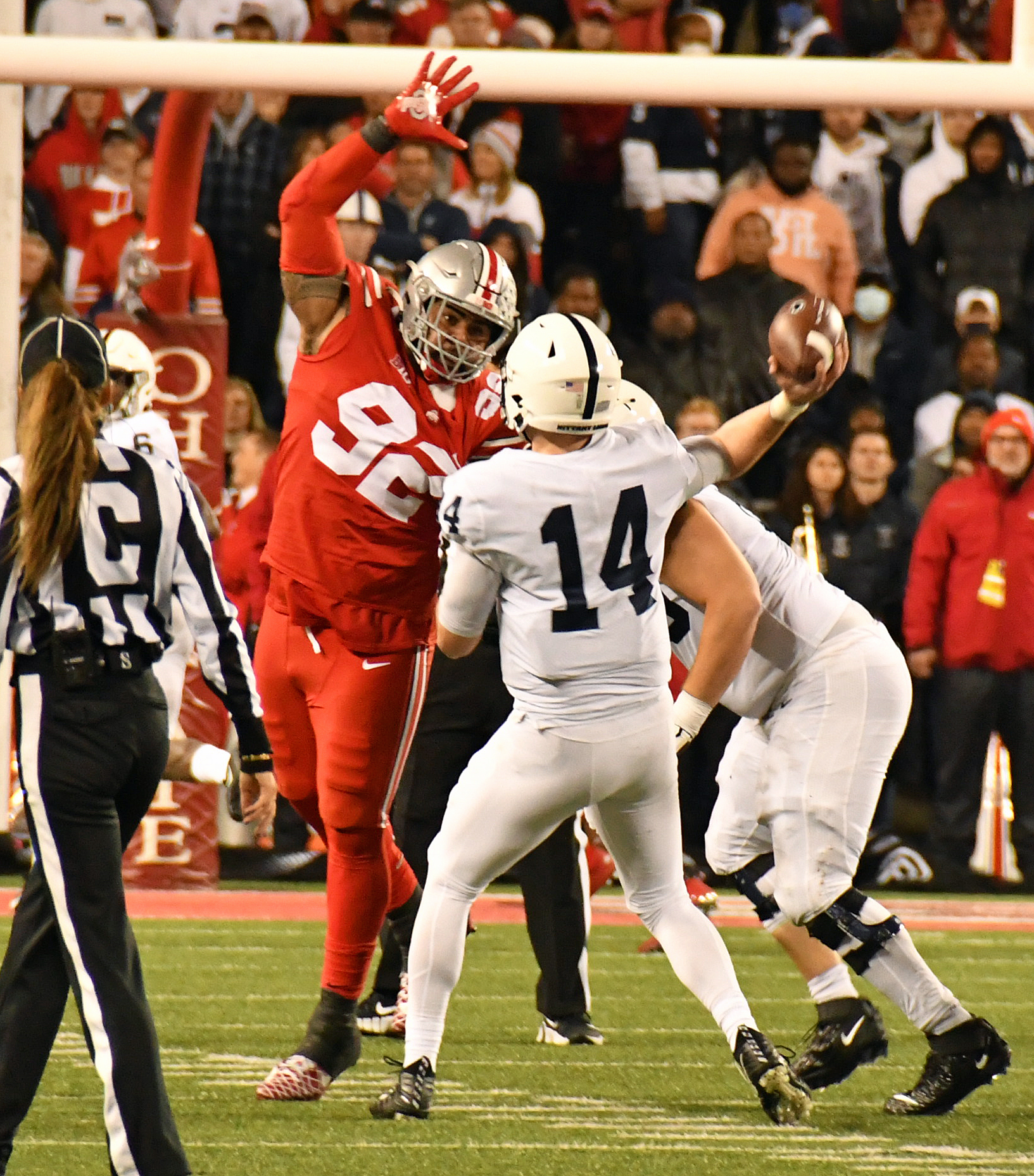 Former Ohio State defensive tackle Haskell Garrett played sparingly in his first three seasons with the Buckeyes, but he turned into one of the team’s best defenders across the past two seasons. Though Garrett was not among Ohio State’s six selections in the 2022 NFL Draft, he will still earn his shot in the league as he reportedly has signed an undrafted free agent contract with the Tennessee Titans.

Garrett will join former Ohio State assistant and current Titans head coach Mike Vrabel, as well as teammate Nicholas Petit-Frere who was drafted by the Titans with the No. 69 overall pick.

Garrett was one of Ohio State’s leaders on defense this past season, finishing with 22 tackles (7.0 for loss) and a team-leading 5.5 sacks, as well as recovering two fumbles, one of which was returned for a touchdown. He also had three sacks, a career high, in Ohio State’s win over Akron.

His best two seasons at Ohio State – 2020 and 2021 – came after suffering a gunshot wound to the face in the summer of 2020, in which he returned in just a matter of weeks to play in all eight games for the Buckeyes that season. Following that season, he was named a first-team All-American.

He finished his career at Ohio State with 62 tackles (13.5 for loss), 7.5 sacks, three pass breakups and two defensive touchdowns, appearing in 53 games with 14 starts for the Buckeyes. The Athletic’s Dane Brugler said Garrett’s career was a slow burn before playing his best football in his final collegiate season.

“Although he is short-armed and his rush arsenal lacks variety, Garrett is quick out of the blocks to penetrate with initial burst and consistent effort,” Brugler said. “However, he is more of a hugger than striker at the point of attack and his inconsistent power will make it tough for him to anchor or defend the run vs. NFL talent. Overall, Garrett flashes the upfield quickness and flexibility to threaten gaps, but he needs to get stronger and expand his pass rush options to have more of an impact on the game. He has NFL rotational value as a three-technique tackle.”