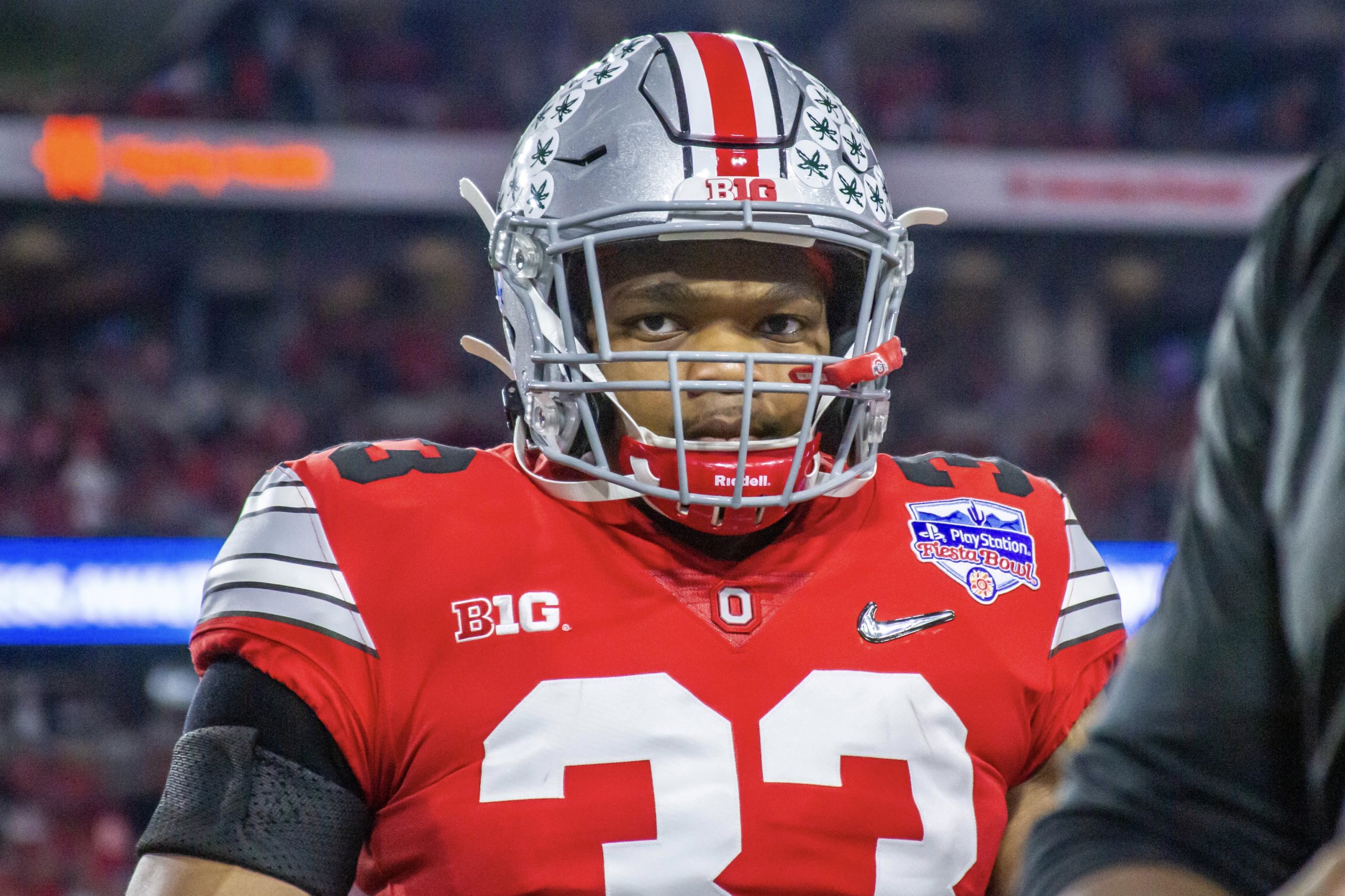 Former Ohio State running back Master Teague did not hear his name called during the 2022 NFL Draft but has reportedly signed an undrafted free agent contract with the Chicago Bears, joining former teammate Justin Fields in the Windy City.

Teague had an up-and-down Buckeye career that included a high of All-Big Ten honors and a low of an Achilles tear. He became a fan favorite during his time in Columbus, with Ohio State fans affectionately bellowing his last name whenever he carried the football.

The Murfreesboro, Tenn., native was a former four-star running back from Blackman High School. He was rated as high as the No. 8 running back by Rivals and No. 11 by 247Sports. Teague’s best season was his junior year, when he carried the ball 242 times for 2,031 yards and 25 touchdowns.

Teague arrived at Ohio State in 2018 with high expectations but could develop as a freshman behind J.K. Dobbins and Mike Weber. He appeared in seven games and collected 17 carries for 106 yards and a touchdown.

In 2019, Teague assumed a backup role behind Dobbins, who became a Doak Walker Award finalist and finished sixth for the Heisman Trophy that season. However, Teague fared well behind him, ending the year with third-team All-Big Ten honors from the media and coaches after rushing for 789 yards and four touchdowns on 135 carries.

Although he would eventually become usurped by Oklahoma transfer Trey Sermon, Teague’s best season came in a pandemic-shortened 2020. He appeared in seven games and made six starts, carrying the ball 104 times for 514 yards and eight touchdowns. Teague’s 73.4 yards per game were the best of his Ohio State career, and he received second-team All-Big Ten recognition from the media and coaches after the season.

Many expected Teague to return for his redshirt junior season as the featured running back in 2021, but that’s not quite how things worked out for him. Ohio State’s No. 1 tailback out of fall camp was Miyan Williams, who eventually relinquished his starting spot to freshman phenom TreVeyon Henderson. Teague appeared in eight games for the Buckeyes, taking 67 carries for 355 yards and four touchdowns.

Overall, Teague’s maximum carries in a single season top out at 135 in his 2019 season, making his collegiate workload relatively light compared to other prospects. He recorded 323 total carries in four seasons, collecting 1,764 yards and 17 touchdowns. Teague also caught 11 passes for 118 in those years.

The Draft Network’s Kyle Crabbs thinks Teague can provide his NFL destination with a physically dominant running back — someone that offers as many bruises as he might receive at the professional level. He’ll need development, but the Bears may have found a hidden gem following the draft’s conclusion.

“Teague has an impressive physical stature that stands out upon turning on the tape,” Crabbs said. “He is very much built like a feature back at the NFL level with a dense frame and well-built lower half. He’s shown explosive short-area burst in the past, although that appeared somewhat compromised in 2020 amid playing on the heels of a significant lower-body injury. Teague offers an angry running style that will challenge timid tacklers and allow him to tear through arm tackles without losing much momentum.”

Still, Crabbs has concerns over Teague’s mobility and lateral quickness, claiming the former Buckeye operates more as a one-cut back than anything else, which only works within a few schemes in the NFL.

“Teague has suffered two significant lower-body injuries going back to his high school career,” Crabbs said. “He strikes me more as a slasher back, better suited for one-cut-and-go scenarios instead of stringing together multiple cuts. Teague is also a beneficiary of a wide-open Ohio State offense where the spacing of the field promotes some lighter boxes.”

Regardless of his pros and cons, Teague will make have his chance to earn a roster spot with the Bears this upcoming season.