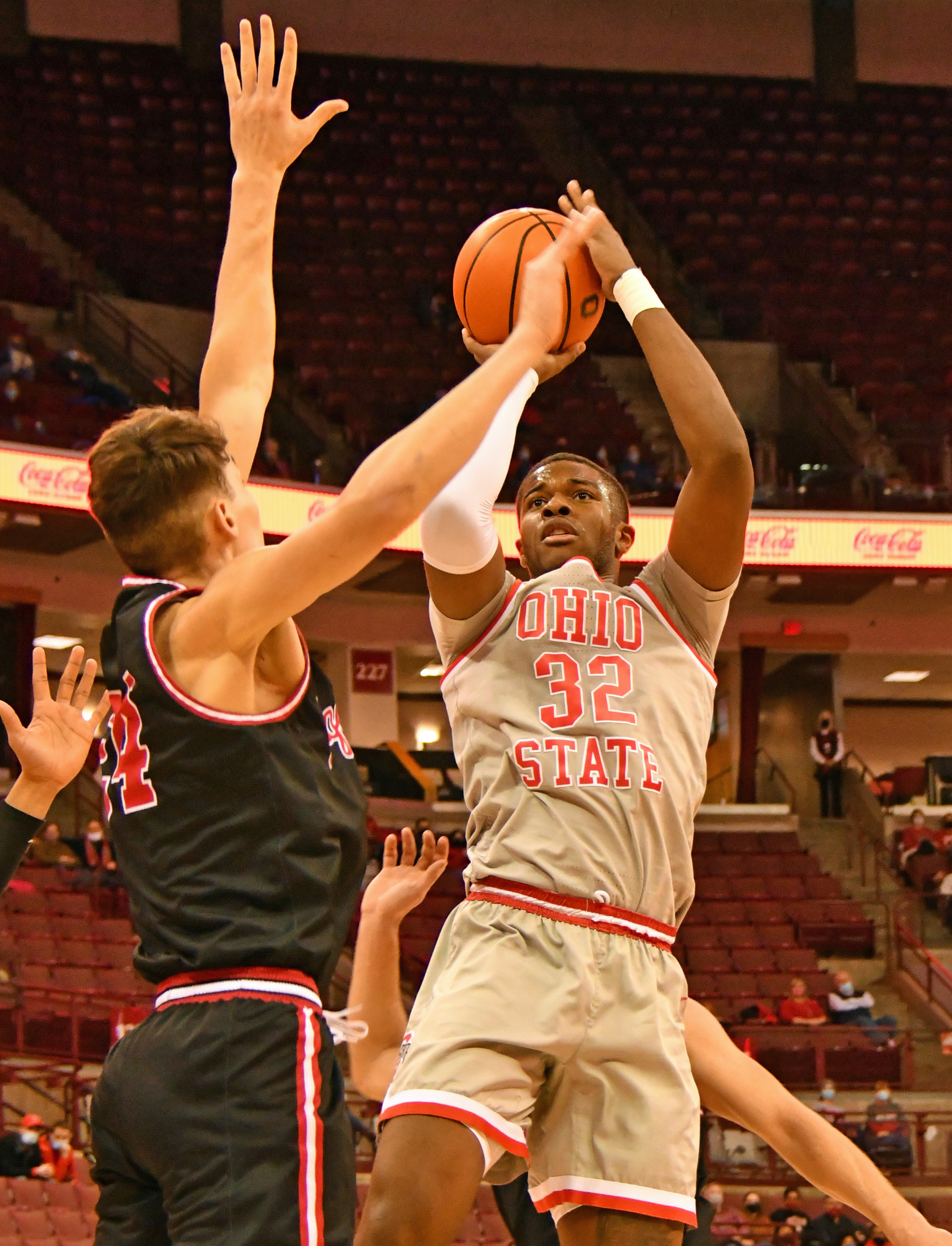 The Value City Arena crowd in attendance for Ohio State’s Jan. 18 non-conference matchup with IUPUI, scheduled only two weeks prior, never offered up more noise than it did in with just under 16 minutes to play in the first half. The crowd reached a frenzy (of sorts) in its attempt to disrupt IUPUI’s Jonah Carrasco on a pair of free throws to maintain what was previously a shutout bid for the Buckeyes.

Carrasco missed the first but knocked down the second, cutting Ohio State’s 9-0 lead down to 9-1, and bitterly disappointing the OSU fans who made the trek through snowy Columbus in hopes of seeing a hardwood shutout. They had to settle instead for a mere annihilation of the Jaguars, which entered the game as KenPom’s No. 356 Division I team and left having thoroughly proven his point.

It bears mentioning that the second-loudest cheer went to Daniel, who knocked down a half-court shot while donning a Troy Smith jersey at the under-12-minute timeout in the second half to earn himself a Raising Canes gift card.

Ohio State didn’t quite earn a gift card, but it did improve to 12-4 on the season in its brief sashay way from Big Ten play, while knocking the lowly Jaguars to 1-15, 83-37.

The game itself did not offer much in the way of traditional entertainment for those in attendance – Ohio State led 37-24 at the half and IUPUI shot only 13 of 40 from the field on the game – but it did present a look at the Buckeyes who have seen their playing time dwindle in league play.

Every healthy scholarship player donning the scarlet and gray earned at least one minute of playing time. The usual suspects led the way – E.J. Liddell scored 13 points on 25 minutes, Zed Key added nine in 19, Malaki Branham had seven in 18 – but some lesser-used contributors found their way into the spotlight too.

Building on what has been a strong month already, Eugene Brown III put up a career-high 14 points in 17 minutes of play.

Joey Brunk notched 13 minutes and used his time to contribute four points and three rebounds; Jimmy Sotos found his way onto the court for 19 minutes and tallied seven points with nine assists; Cedric Russell knocked down a pretty 3-pointer in the first half and finished with 12 points in 22 minutes. Even newly minted scholarship forward Harrison Hookfin saw time in his first game without the walk-on distinction, playing the final five minutes of the game and converting a layup off a nasty drive with a hop step flourish.

For an Ohio State team with some of its toughest battles still left on the schedule in league play, the Jaguars offered a welcome reprieve. The Buckeyes took advantage of their chance to rest some stars and to try out some new looks.

The offense wasn’t always pretty, stumbling a couple of times in the first half and nearly looking for a moment as though it would be in for a real competition. But, it rounded into form, even with another desolate game from downtown for senior guard Justin Ahrens before he finally knocked one down with just over six minutes to play. He continued his post-COVID break cold spell with a 1 of 5 showing from the field.

Plus, in a Big Ten game, offensive stumbles or cold nights from Ahrens can spell disaster for the Buckeyes. In this one, they just spelled minor aggravation for the man roaming the sidelines.