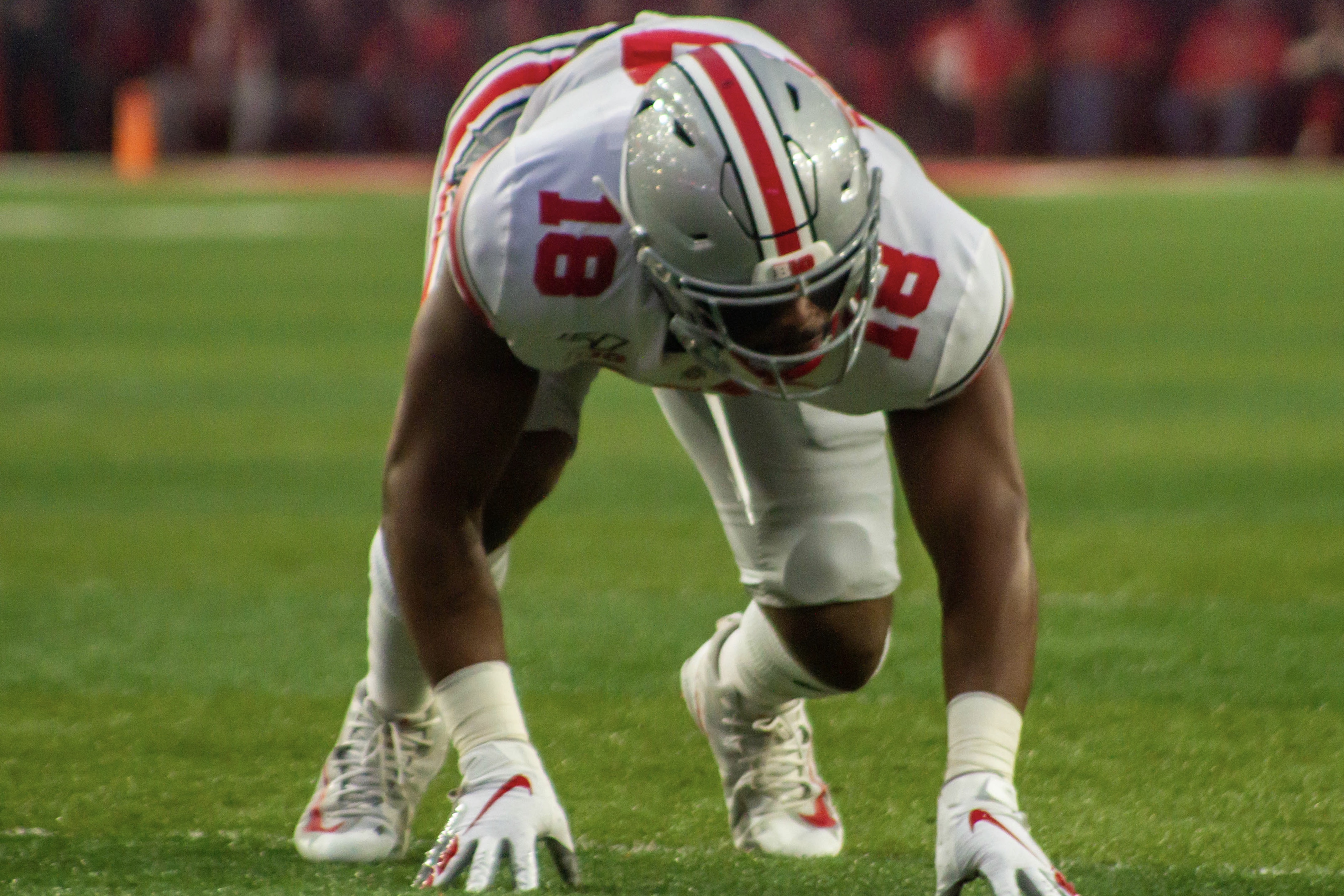 Jonathon Cooper, a two-time captain for Ohio State, earned Senior Bowl Co-Senior of the Week honors for his performance against Penn State.

Congrats to this week’s co-Senior of the Week on Defense @JonathonCooper7 from @OhioStateFB – Collected 5 tackles, .5 sack, and played the best game of his career vs Penn State. Making an impact in the locker room and on the field. #GoBuckeyes
💪💪💪#TheDraftStartsInMOBILE pic.twitter.com/V71f5OFhXM

A fifth-year defensive end, Cooper provided the Buckeye defense with leadership as well as production in a 38-25 win against the Nittany Lions in Happy Valley.

To win the honor from the Senior Bowl, Cooper made a career-high five tackles (one solo), with a half sack and consistent pressure on PSU quarterback Sean Clifford.

When told what his final stats amounted to, Cooper could not believe he did not leave a larger imprint upon the box score.

“That’s all? That’s all they gave me?” Cooper said postgame. “Dang. I need more.”

Cooper’s impact went beyond the box score, however, forcing Clifford into a sack for third-year sophomore end Javontae Jean-Baptiste and serving as a voice of inspiration for his team.

The former Gahanna (Ohio) Lincoln standout was asked what was his best play against Penn State, but he pointed to his overall influence as a leader instead of singling out a certain tackle.

“I really don’t think it was a play, per se,” Cooper said. “I feel like my leadership showed a lot tonight, just speaking for my defense and getting them ready to go. I feel like my leadership throughout the whole entire game was my best performance, honestly, regardless of what I did on the field. I feel like getting my guys going and making sure that they’re still in the game and they’re into it is what I do best.”

After everything Cooper has dealt with, he has proven to be resilient. After discovering he could only play in one more game to maintain redshirt eligibility following an ankle injury last season, Cooper chose to play at Michigan instead of waiting for a likely postseason game. That decision showed how important being a Buckeye is to Cooper, who is often referred to as “Coop.”

A tumultuous offseason left the chances of having a Big Ten football season in jeopardy. Once the season was reinstated by the conference, few were more excited to get back on the field than Coop.

“I would say this win feels special just being out there with my brothers honestly.”