Ohio State Comes In At No. 1 In First College Football Playoff Rankings 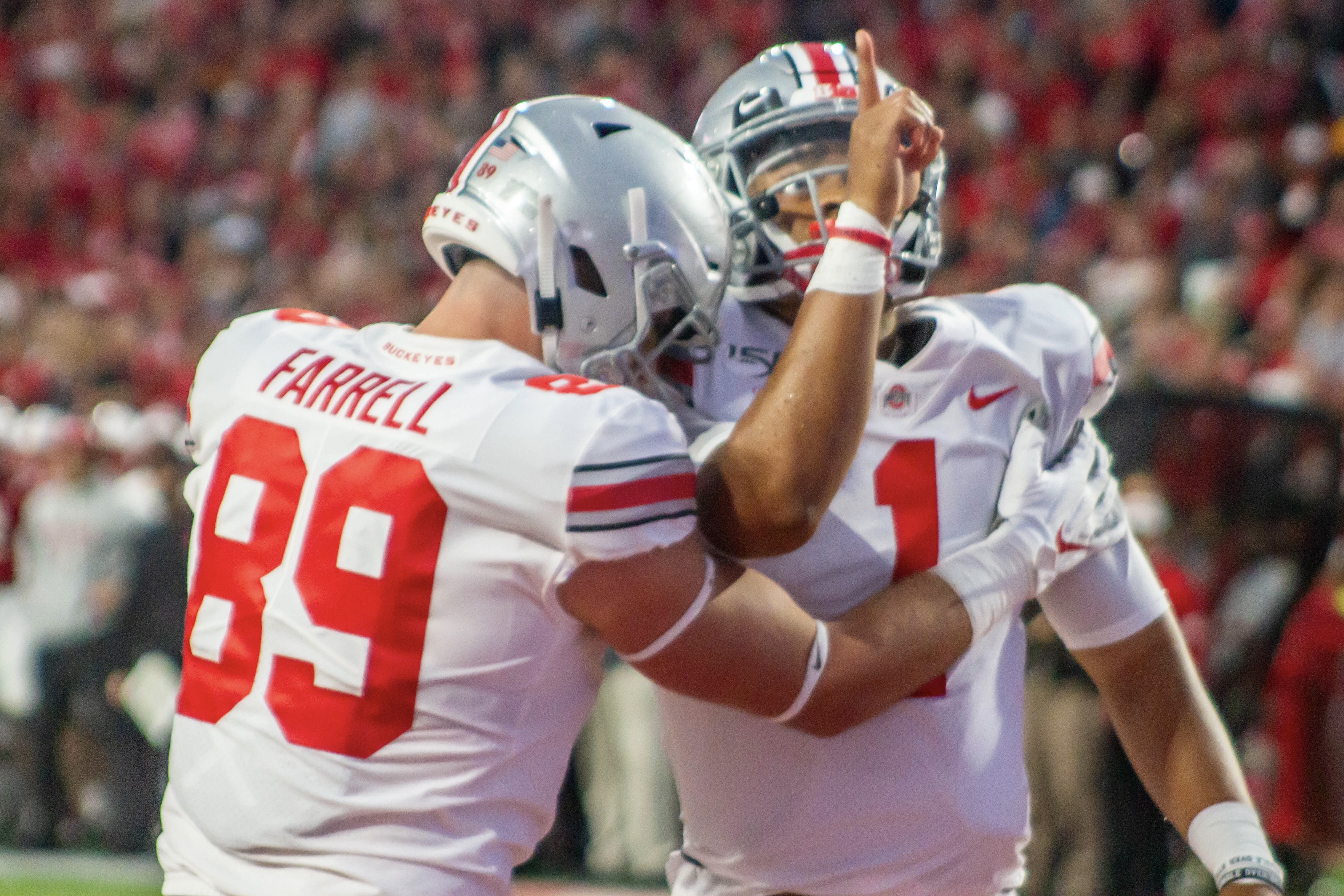 Eight games into the season, and Ohio State has proven itself worthy of a top-four placement to this point, at least according to the College Football Playoff committee.

The Buckeyes start out at No. 1 in the first CFP rankings, the first time they are debuting at the top spot, and are joined by LSU, Alabama and Penn State, who come in at No. 2, 3 and 4, respectively.

Ohio State is No. 4 in the Amway Coaches Poll and No. 3 in the Associated Press Top 25 poll, earning 27 first place votes (10 coaches, 17 AP) between the two polls.

Like the AP and coaches polls, the Buckeyes are joined by five other Big Ten teams in the College Football Playoff ranking: Penn State, Minnesota, Michigan, Wisconsin and Iowa.

Along with Wisconsin, Ohio State also has another win from top 25 teams. Cincinnati came in at No. 20 in the ranking, a team the Buckeyes defeated 42-0 in their second game of the season.