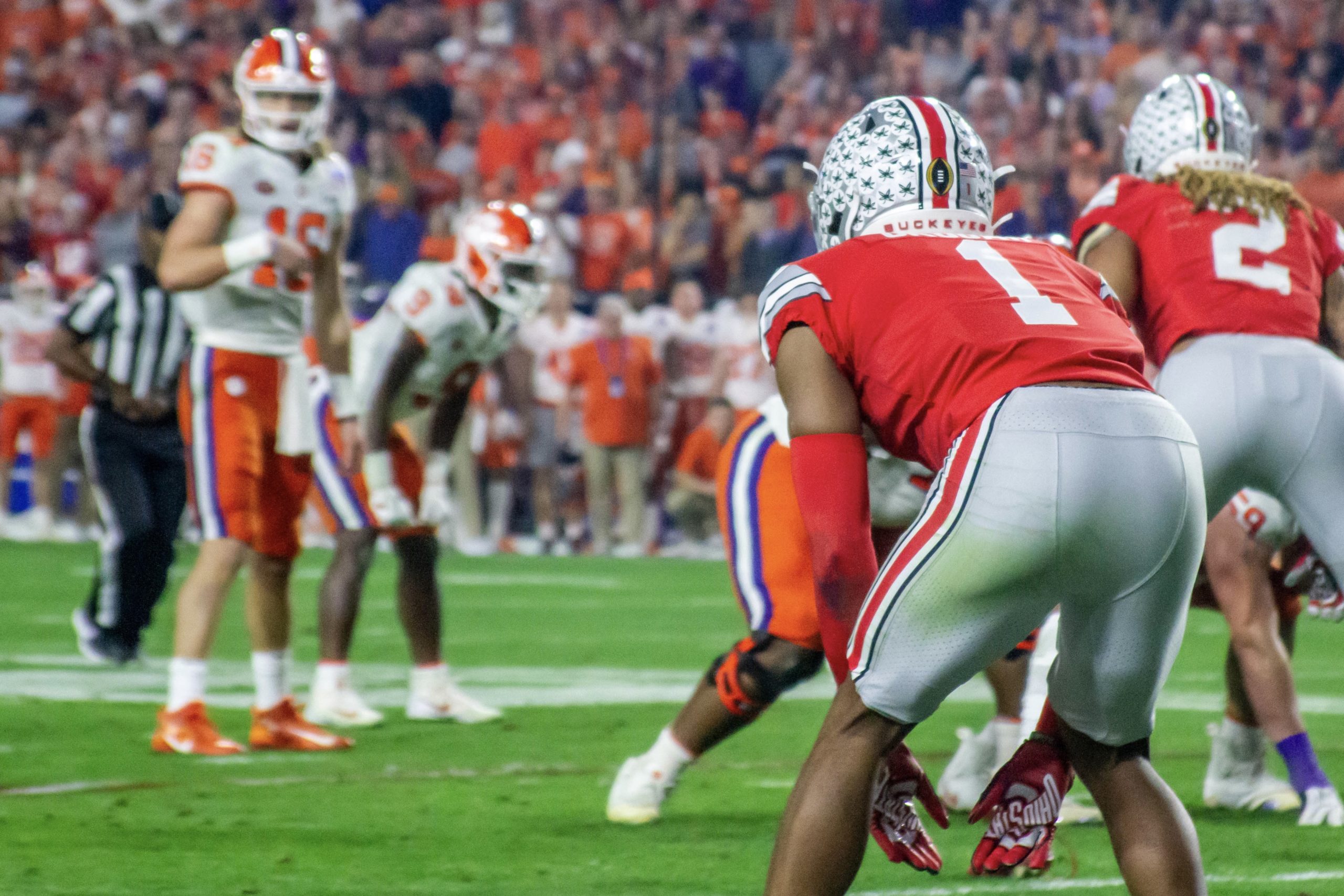 Last year, despite the game featuring two of the top five scoring offenses in the Football Bowl Subdivision, the 2019 Ohio State-Clemson game finished with just 52 total points between the two teams, well under the betting points line of 63 that was projected before the game.

The Buckeyes started the game by pitching a shutout for much of the first half before it was the Tigers’ turn to amp up the defensive intensity, including a game-winning interception on Ohio State’s final offensive possession.

For the second year in a row, both Clemson and Ohio State come in with offenses that have been among the best in college football, ranking No. 3 and 9, respectively, in scoring offense in the FBS. That has the betting line up to 66.5 heading into the game, but the defenses on both sides of the ball are nothing to ignore.

The Buckeyes and Tigers are two of eight teams in the FBS to hold opponents to under 100 yards rushing per game, while also ranking in the top 15 in yards allowed per carry.

Ohio State’s run defense had a rough start to the season, allowing 210 yards and two touchdowns on the ground against Nebraska, but have since turned the corner dramatically, never again allowing more than 140 rushing yards or more than 4.4 yards per carry, even holding Indiana to minus-1 yards in that 42-35 win.

Clemson has a similar story, holding every opponent but one to 150 rushing yards on five yards a carry or less. That one that broke free on the ground, though, was in a loss against Notre Dame, who tallied 208 yards and three touchdowns on 40 carries in the first matchup between the two teams.

The second time the Tigers and Fighting Irish faced off, however, Clemson flipped the script, allowing just 44 yards on 27 rushes in a dominant 34-10 win.

Those porous numbers are much in thanks to the lone 300-yard passer the Buckeyes allowed: Indiana quarterback Michael Penix, who threw for 491 yards and five touchdowns on Nov. 21. Penix was the best quarterback Ohio State played this season by a wide margin.

Clemson has allowed at least 200 yards through the air in five straight games, including 310 yards to Ian Book in the aforementioned loss to Notre Dame, something that was also improved on in the ACC Championship when the Fighting Irish threw for only 219 yards.

If there was any clear weak point on the Buckeyes, it would be in the secondary, where even mediocre quarterbacks and receiving corps have had sizable performances, even after this Ohio State team finished last year with the top passing defense in the country.

Trevor Lawrence will be the best quarterback the Buckeyes have played this year, and it may be up to Shaun Wade and company to put on a heroic performance not yet seen this year by this secondary if Ohio State were to hope to pull off the upset.