Ohio State Center Josh Myers To Wear No. 50 In Honor Of Grandparents Against Indiana 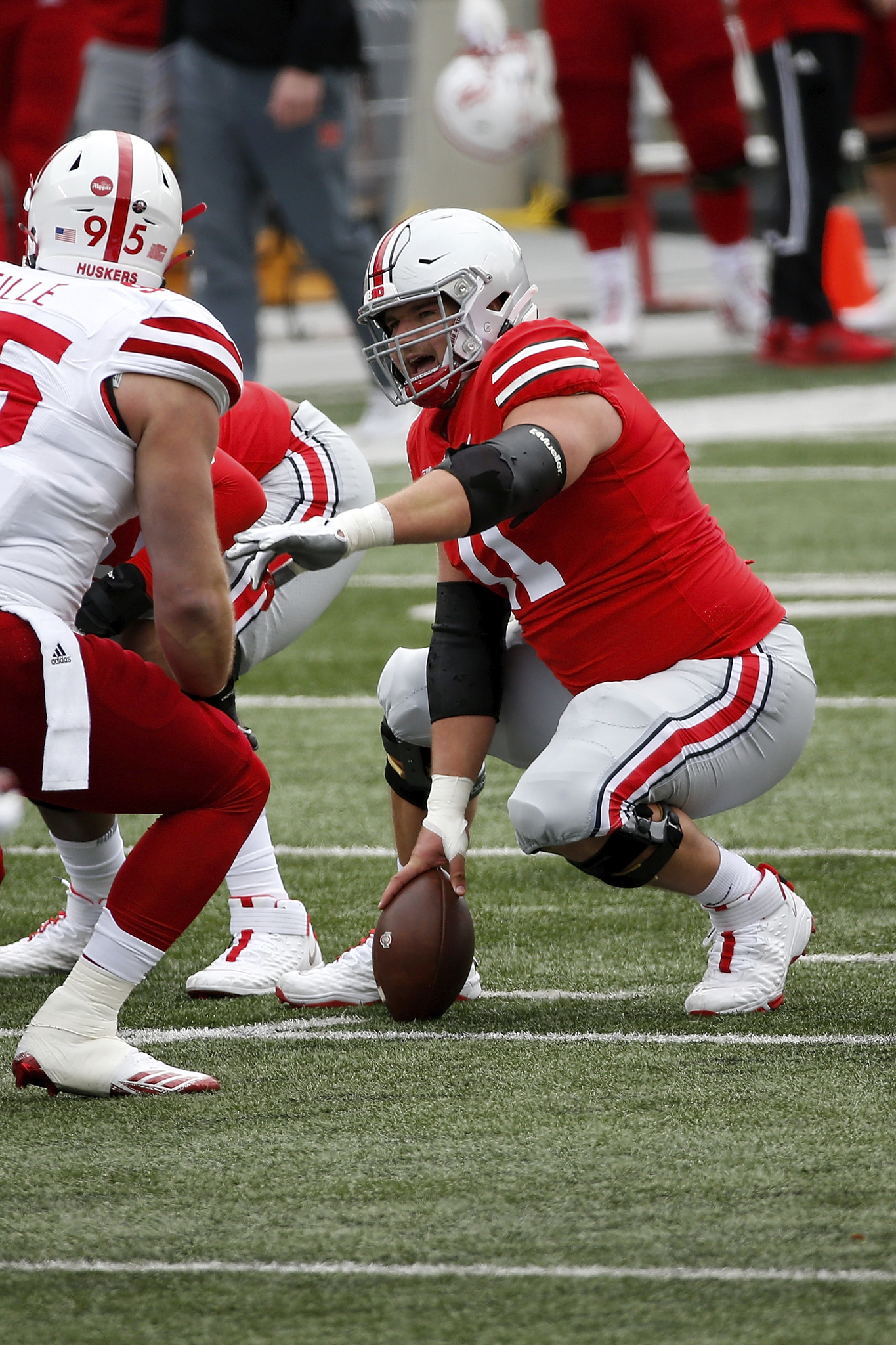 “Angel on your shoulder”

Once Josh Myers reads that pregame text from his grandmother, Mimi, it’s gametime.

“She texts me, ‘Angel on your shoulder’ before every game,” Myers said. “That’s the last thing she says in a text that she sends me before every game. And I always say it back. And I feel like for me at that moment it’s like, ‘OK, I’m ready to play now.’ ”

Myers, a second-year starter at center for Ohio State, has found inspiration from his grandma’s encouragement his whole career. The team co-captain wanted to do something special for Mimi to thank her for all the support.

The former Miamisburg, Ohio, standout decided to wear No. 50 for the Buckeyes’ matchup with Indiana in honor of his late grandfather, Donnie, who is Mimi’s husband.

“My grandfather played football for Miamisburg, which is my hometown, and he wore No. 50, and he passed away quite a few years ago due to Alzheimer’s. And so I’m wearing No. 50 to honor him,” Myers said. “One thing that my grandma does – before every season at the start of the season, she writes me a letter and then cuts out a square of his jersey from when he played in high school, and I wear it in my sock for every game. And so, I just thought it would be a nice thing to wear No. 50 and honor him.”

The inspiration struck Myers while he was cleaning out his room during the COVID-induced quarantine.

“There’s a bunch of really cool pictures too. And on the back of the thing, there’s pictures of a bunch of the guys in our family that are football pictures, so my grandpa, my dad, my brothers, my cousins, my uncles, and then me. It’s a really cool collage of pictures. And I was just looking at the picture of my grandpa wearing No. 50 and then the idea just came to me.”

Athleticism runs in the family, with Myers’ mom, Julie, enshrined in the Dayton hall of fame for basketball, and his dad, Brad, playing on Kentucky’s offensive line from 1984-87. Myers’ brother, Zach, played for the Wildcats as well.

Josh’s cousins also played football, and even with seemingly the whole family playing on the weekends, his grandparents made it a priority to support them all.

“I am extremely close to both of them,” Myers said. “They’re the type of grandparents that never missed a sporting event, never missed. My grandma, Mimi, she’s 78 years old, and she all season the last couple of years would go and watch my cousin’s play in Miamisburg on Friday night, and then turn around and go to my game in Columbus or sometimes even away games, wherever they may be. And she would do it every weekend, which, she’s just the sweetest, kindest, old lady you could ever, ever meet.

“My relationship with them has been incredible. I mean, as good of a relationship as I could have with grandparents. I love them both so much.”

A more in-depth feature on Myers and his family will be featured in this week’s print issue of Buckeye Sports Bulletin.