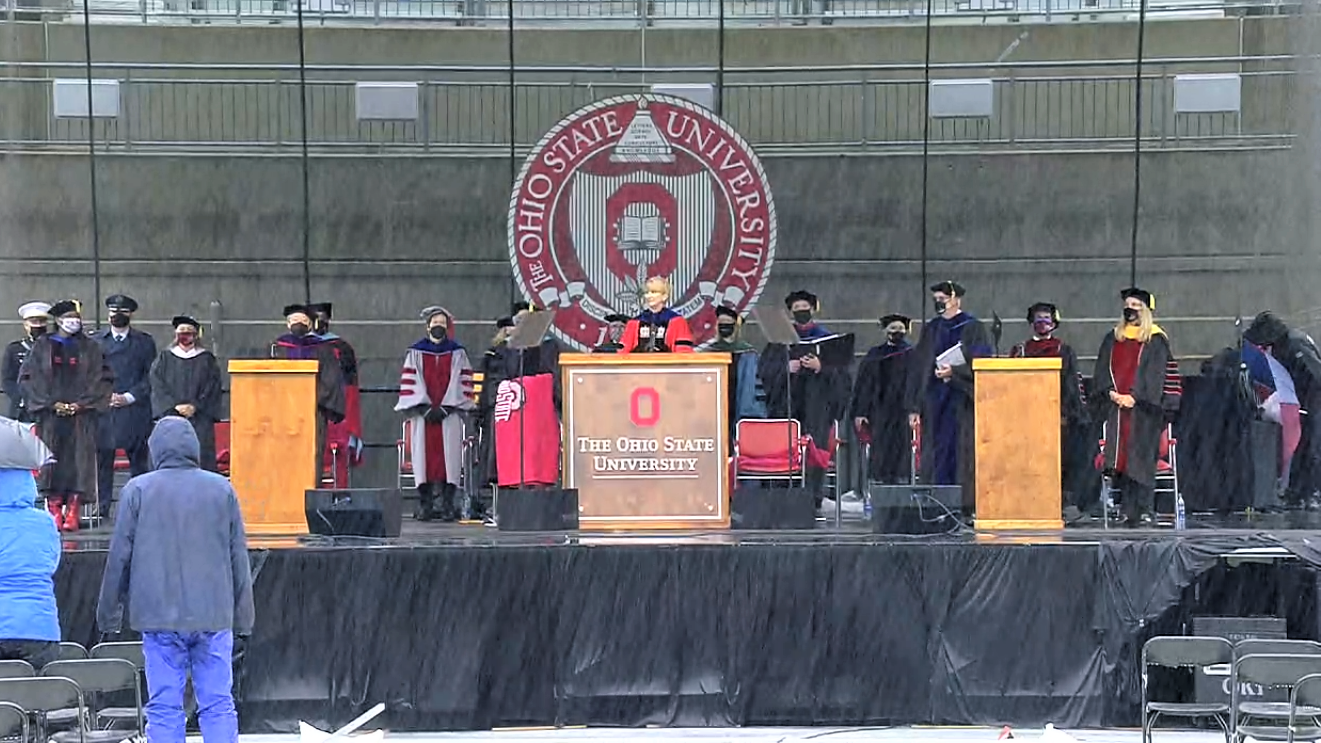 Roby was one of ten current or former OSU football players receiving a degree. In addition, Roby was among the beneficiaries of a program that has helped 220 former student-athletes to graduate.

JPMorgan Chase chairman and CEO Jamie Dimon was the commencement speaker and addressed the audience virtually.