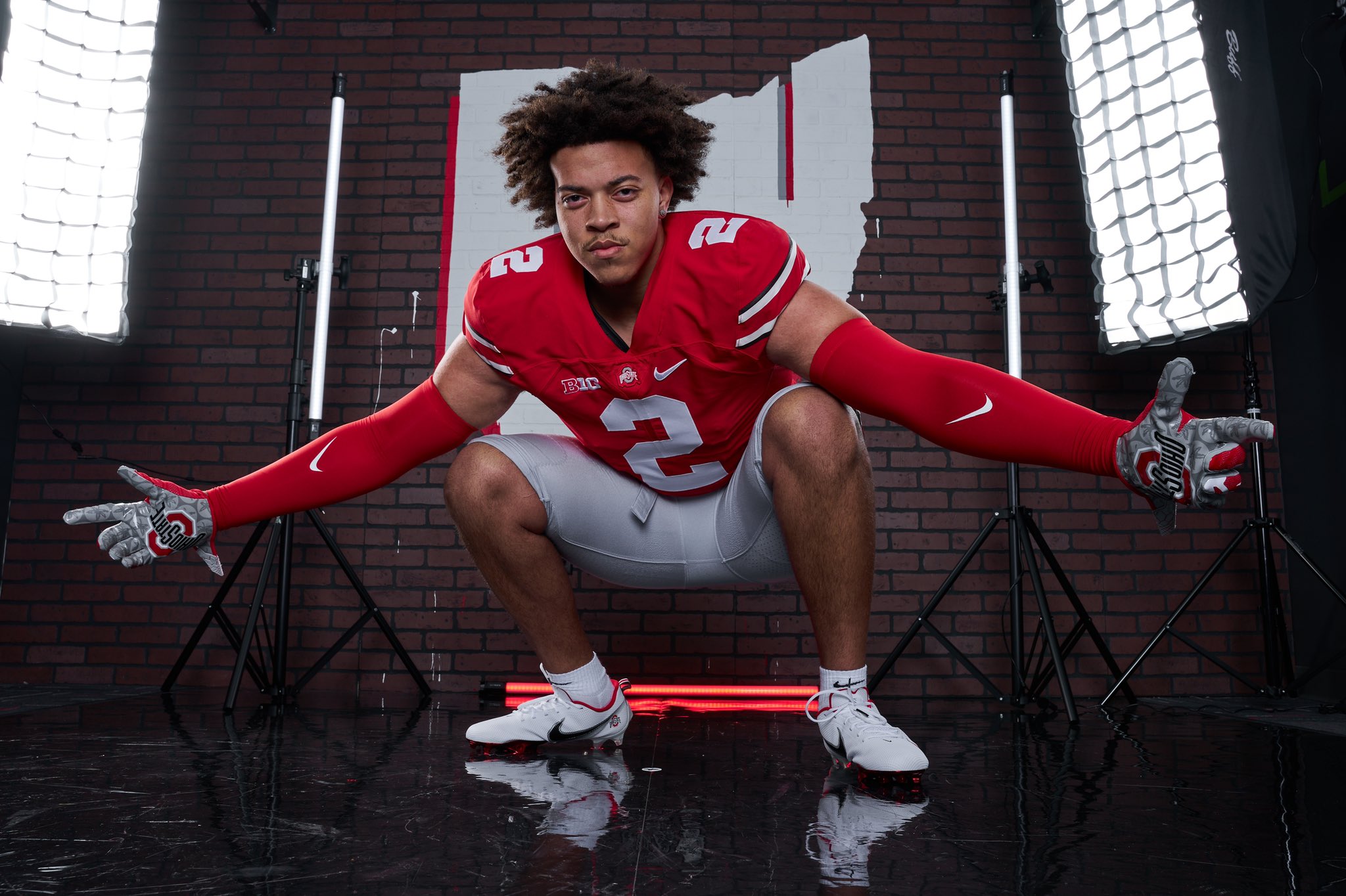 DeMatha Catholic in Hyattsville, Maryland, produced one of the best defensive ends in Ohio State history when Chase Young committed to the Buckeyes’ 2017 recruiting class. Six years later, Ohio State is returning to the well, earning a commitment on Sunday from four-star defensive lineman Jason Moore (6-6, 255), who also hails from DeMatha Catholic.

Moore committed to the Buckeyes over his other top schools that including Maryland, Michigan, Notre Dame and Penn State. He is the No. 53 overall prospect, No. 5 defensive lineman in the class and the top prospect out of Maryland.

Moore primarily lines up on the edge for DeMatha Catholic where he tallied 13 sacks as a junior. He boasts a long frame which, combined with his impressive pursuit, creates a strong pass-rushing attack, though he could be flexed inside for Ohio State if he adds some size.

He took official visits to all of his top schools in June and took his final visit to Ohio State during the weekend of June 24.

He was initially offered in January by the Buckeyes and was recruited by defensive line coach Larry Johnson, who already has a faster start on his position group in the 2023 class than he did at this point last year.