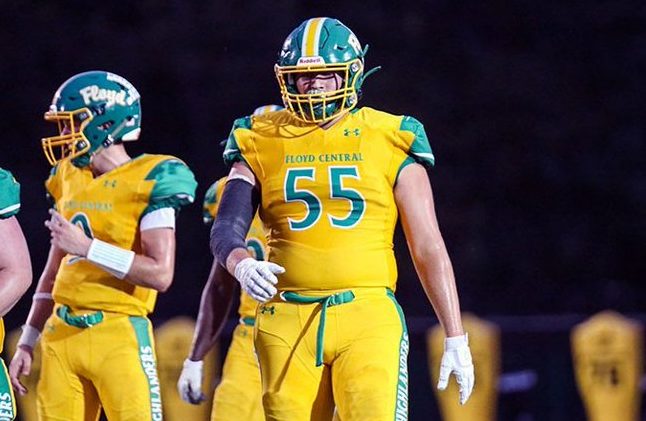 Ohio State secured a pretty major win for its 2021 recruiting efforts on Monday night, despite not actually adding any players to its class, which currently sits at near capacity with 19 commitments. One of the top remaining targets on the board for the Buckeyes is Floyd Knobs, In., three-star offensive tackle Zen Michalski, who announced late Monday evening that he’s reopening his recruitment after spending just over five months as a Louisville commit.

For the Buckeyes, Michalski appears to be the highest priority tackle moving forward. After missing on Bradenton, Fla., five-star J.C. Latham when he picked Alabama over Ohio State on Jun. 12, and again striking out with Kentucky standout Jager Burton, who picked the in-state Wildcats over the Buckeyes, offensive line coach Greg Studrawa was left looking for a lineman to finish off his 2021 class. Five-star Virginia product Tristan Leigh is on the board, but appears to be headed for LSU, leaving Michalski as the highest realistic priority for the Buckeyes. He explained his decommitment to Eleven Warriors on Monday evening.

“It was the right spot at the time,” Michalski told Eleven Warriors. “But now, with different options, seeing everything else and seeing what everyone else has to offer, I just feel like I fit a little bit better somewhere else.

“(Louisville) just wasn’t my fit anymore. It felt a little rushed, just because of COVID and everything, and so many spots were filling up so fast.”

With Louisville out of the picture, Ohio State appears to be the leader in the clubhouse for the nation’s No. 625 player and No. 48 offensive tackle, though OSU isn’t the only school to turn its attention to Michalski in recent weeks. He’s seen his recruitment blow up since Ohio State extended an offer on Sept. 8, garnering serious interest and an offer from Florida State and Penn State within the last month.