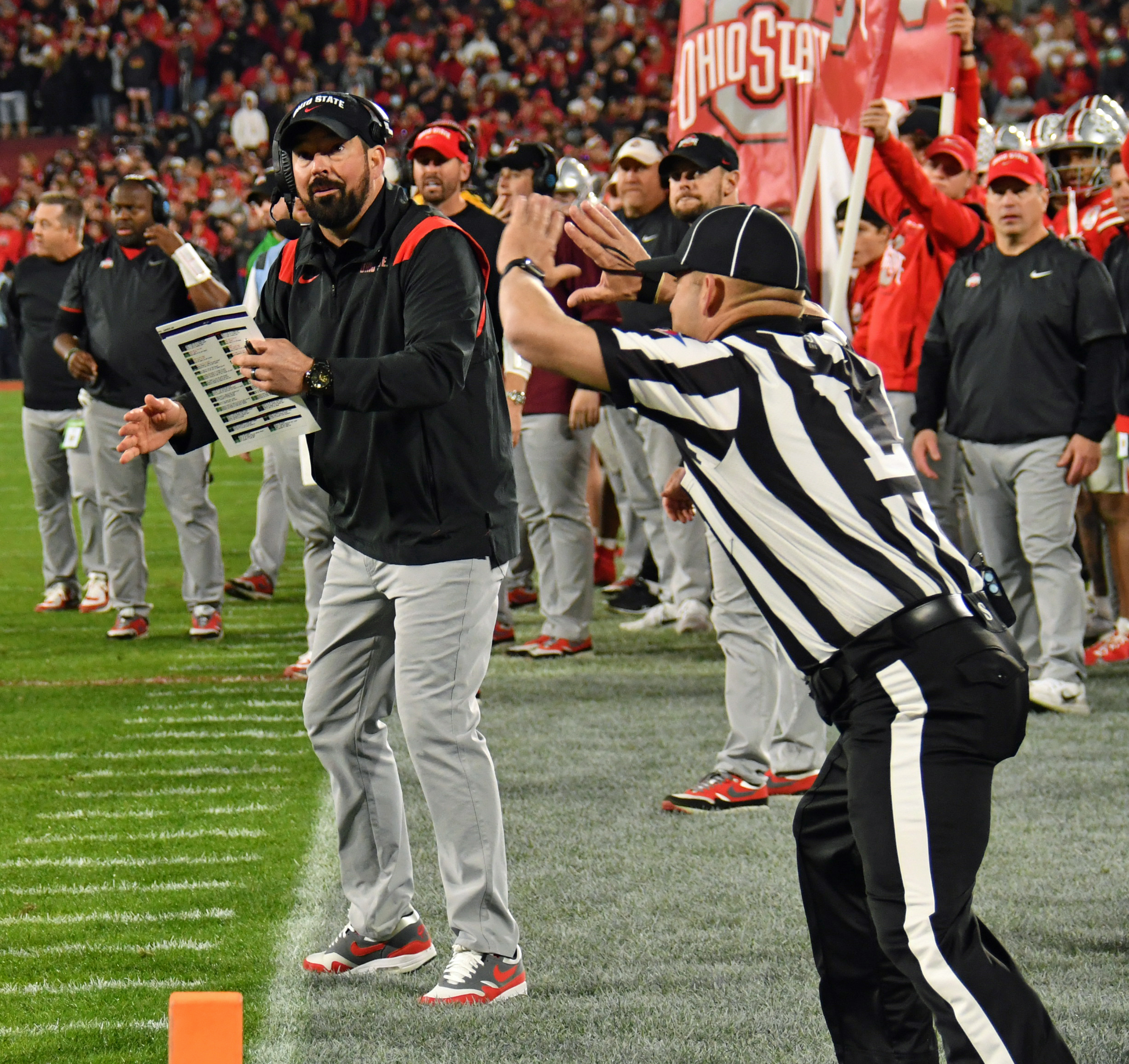 The Buckeyes will add two more additions with Oklahoma State ties, according to FootballScoop. Michael Hunter and Koy McFarland are expected to join Ohio State’s staff in unspecified off-the-field roles.

Hunter played collegiately at Indiana and Oklahoma State and served in key roles for both programs. McFarland is the son of longtime college assistant coach Robert McFarland and played at Arkansas-Monticello before joining the Cowboys’ staff as a graduate assistant.

Day could make more changes to his defense throughout the offseason. With 10 full-time positions at Ohio State, only four are on that side of the ball, including defensive line coach Larry Johnson, Knowles, Eliano and Walton.