Observations On Offense For 1st Day Of Fall Camp 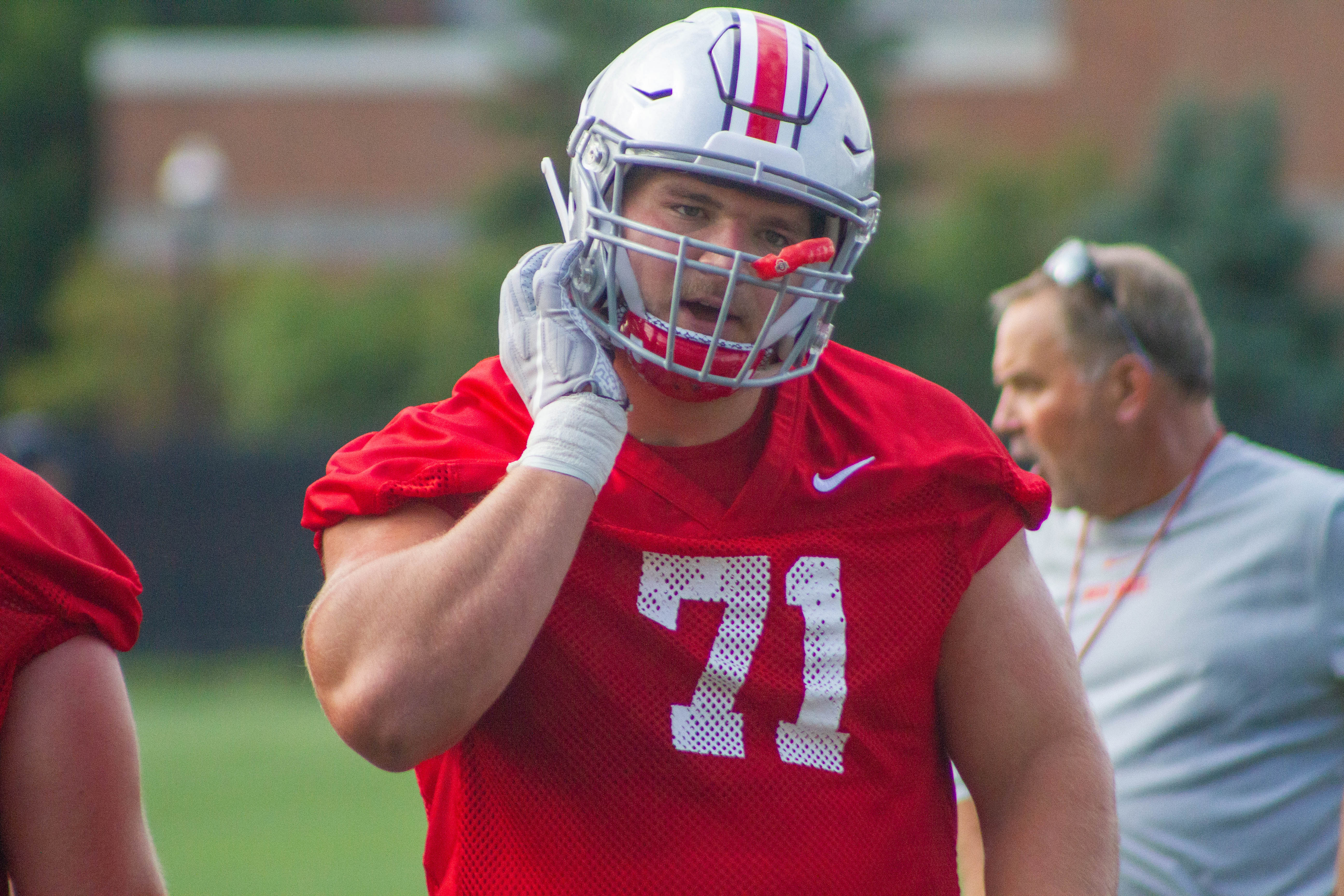 Ohio State’s first practice of fall camp was open to the media for the first 30 minutes, which featured warm ups and a few position drills.

Fifth-year senior tight end Rashod Berry and junior running back J.K. Dobbins appear to have secure jobs, spending the first session of position drills catching passes from the quarterbacks instead of practicing at their positions.

Fifth-year senior Jonah Jackson, a graduate transfer from Rutgers, also worked through position drills, earning positive remarks from Studrawa, who instructed others to follow the example of the honorable mention All-Big Ten lineman.

During one of the individual position drills, Studrawa praised the efforts of Miller, a highly touted recruit from Georgia.

During Day’s press conference following the first day of camp, he said the mismatched offensive-line units are due to the new guys’ need to learn and others’ need to recover to full strength. Some of players are on “pitch counts.”

While the offensive lineman worked individually and as a unit, the quarterbacks, running backs, wide receivers and tight ends only worked on individual position drills during the portion of practice available to the media.

Following practice, Dobbins met with the media and said he viewed his 2018 season as a failure. After cutting his body-fat percentage down from 12 to eight percent, the junior tailback is ready to take the next step, with his primary goal being a national championship.

“I just feel like I’m the best running back in the nation,” Dobbins said, “and I want to prove that, and I didn’t last year. I have a chip on my shoulder because I know I can do better.”

Stay tuned to BuckeyeSports.com for more info throughout fall camp.