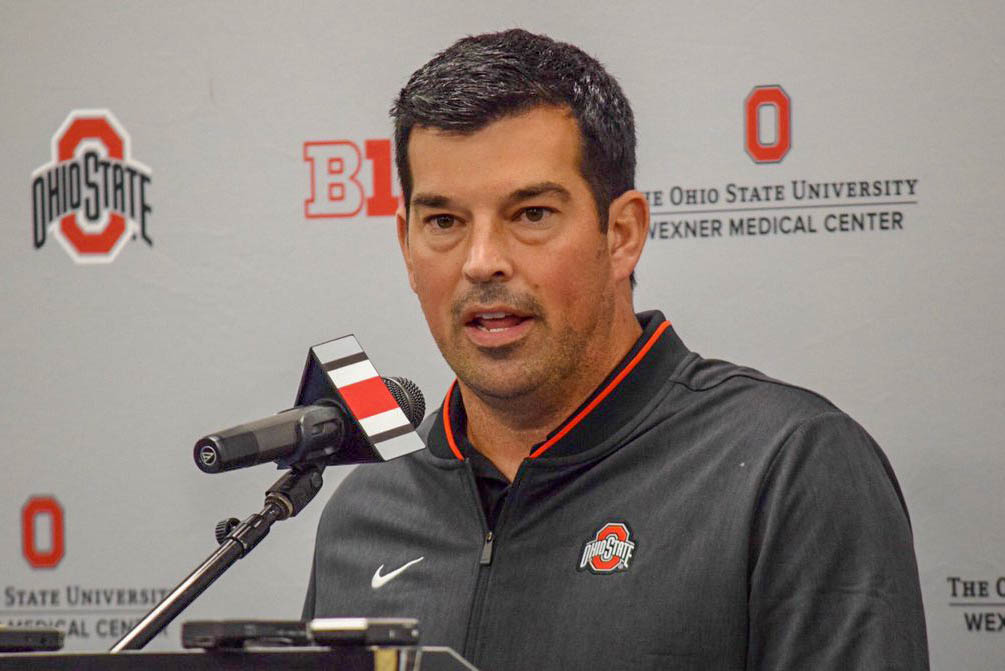 Ohio State opened fall camp on Friday morning, giving the media its first glimpse at the 2019 team. After practice, head coach Ryan Day talked for roughly 15 minutes about his early observations, the quarterback battle, offensive line depth and other notes.