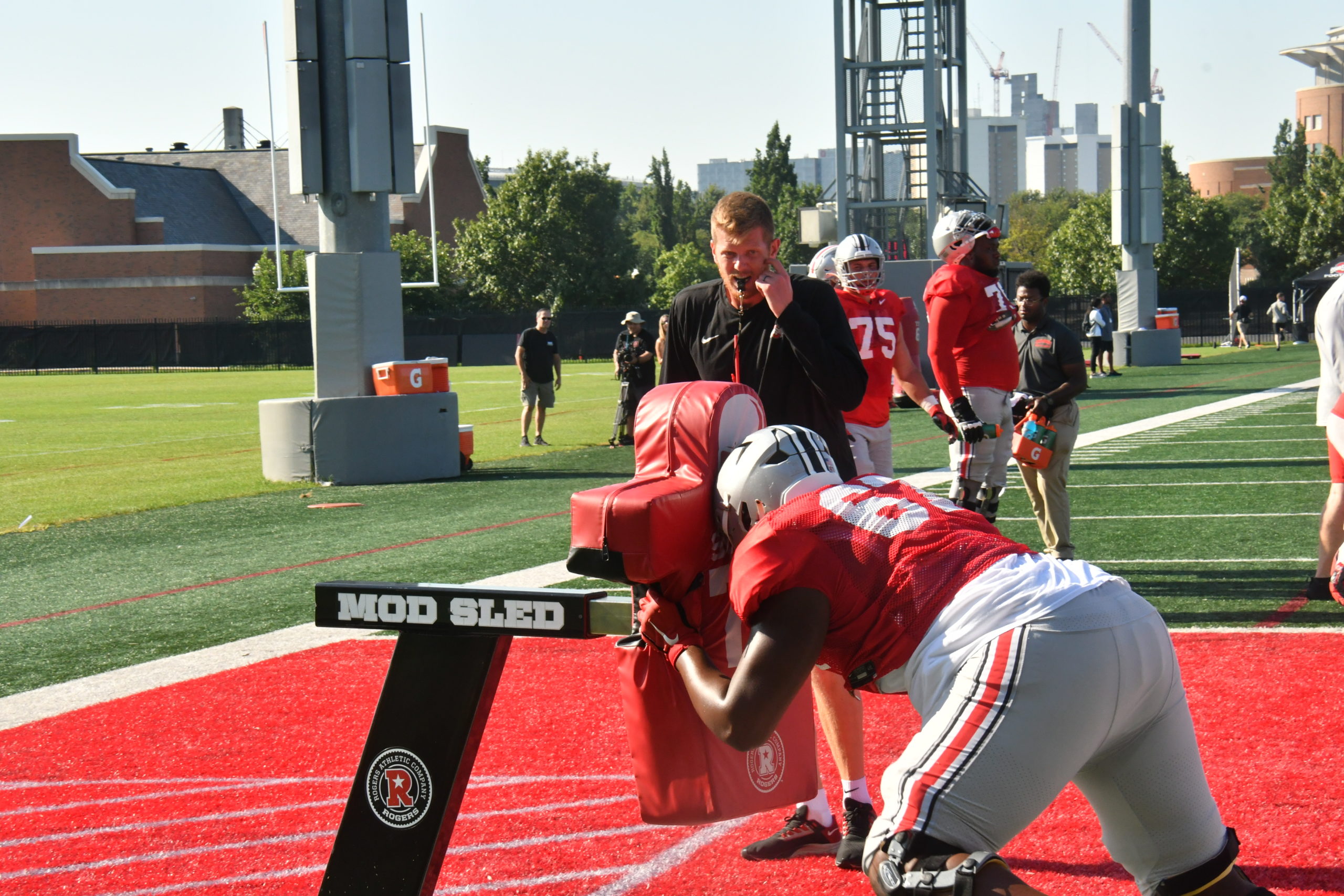 Ohio State took the field for the seventh practice session of fall camp on Thursday, running through drills and partaking in some 7-on-7 and team work. Here are some of Buckeye Sports Bulletin’s observations from the offense.

There was not much of note with the quarterbacks other than C.J. Stroud, Kyle McCord and Devin Brown still repping in the same order. The defense got the better of them at several points throughout the day in team work, picking off multiple passes, though the offense still had a solid day.

The first-team offensive line was the same as its been throughout camp, though individual drills were more prevalent on Thursday and the two and three deep were less clear.

One notable aspect of work on the offensive line is the intensity that offensive line coach Justin Frye brought to practice. He was extremely active during team work, even acting as a defensive end and running at Ohio State’s tackles.

As for running back, TreVeyon Henderson was first as expected. Miyan Williams received a handful of reps with the ones in addition to work with the twos, while Evan Pryor worked exclusively with the twos, indicated that a pecking order could be in place. Freshman Dallan Hayden ran fourth in the order.

At receiver, Ohio State’s group had another strong showing on the day. Jaxon Smith-Njigba and Marvin Harrison Jr. were as advertised, and Kamryn Babb and Xavier Johnson also had successful outings during team work.

When Ohio State had three receivers on the field with the first team, Smith-Njigba and Harrison stayed on the field while Julian Fleming mostly filled in at the third slot, though Emeka Egbuka did get some snaps with the ones.

At tight end, Cade Stover also had a strong showing, hauling in several deep shots and showing that he could be a serious receiving threat for the Buckeyes this season. He repped first during drills, followed by Gee Scott Jr., Mitch Rossi and Sam Hart.

Ohio State will practice again on Friday before holding a scrimmage on Saturday.