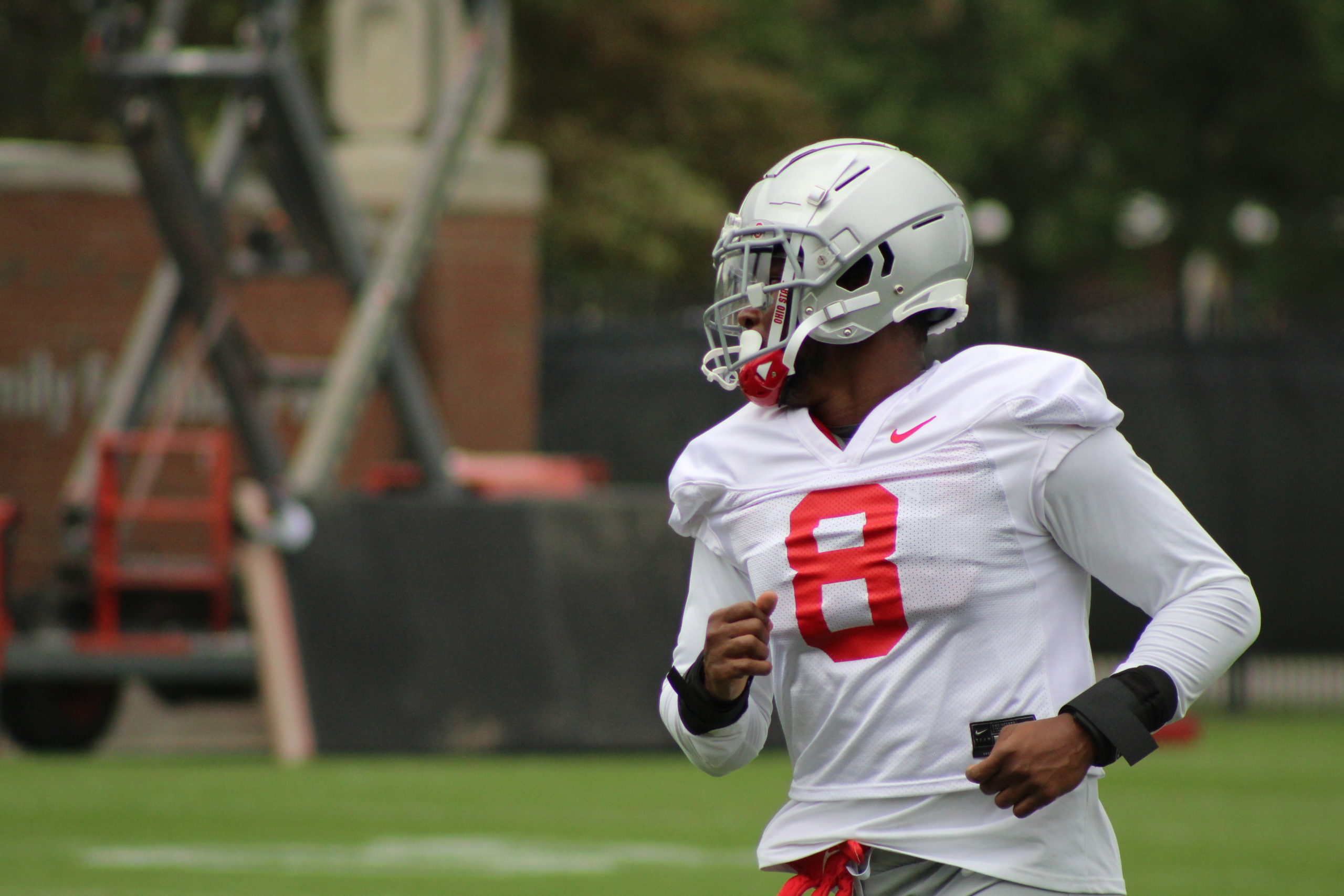 As the days start to dwindle on the countdown clock toward Ohio State’s season-opener against Notre Dame with a little over three weeks until Sept. 3, the Buckeyes wrapped up the seventh day of fall camp on Thursday.

Ohio State worked in some inside-run, 7-on-7 and full team scrimmages on Thursday. Here are some of Buckeye Sports Bulletin’s observations from the defense.

A notable storyline entering Thursday’s practice was Buckeyes’ defensive coordinator Jim Knowles expressing concerns over the overall health of the cornerbacks — a unit that is already stretched thin with only six scholarship athletes — on Wednesday. Sophomore Jordan Hancock did not practice while Jantzen Dunn, a player Knowles said had begun cross-training between safety and cornerback, was limited. Veteran cornerback Cam Brown also spent time with the trainers during practice, but returned for the team’s scrimmage at the end of the session. Head coach Ryan Day said after practice that Brown still has “a pitch count” in regards to repetitions.

While the Buckeyes’ cornerbacks have been decimated by injuries, a few unsung heroes stepped up on Thursday. Sophomore J.K. Johnson saw first-team repetitions during 7-on-7 and also rotated in with the first team during team drills, splitting time with Brown. He also collected an interception during 7-on-7s, alongside graduate Lloyd McFarquhar.

While the cornerbacks battle with the injury bug, the safeties appear to be as deep as advertised. The veterans continue to impress as Josh Proctor, Tanner McCalister and Ronnie Hickman all received the most snaps in the unit on Thursday. Another feature that jumped out from the veterans was the collective leadership among the trio, notably Ronnie Hickman — who coached up some younger safeties during several drills. Beyond Proctor, McCalister and Hickman, Lathan Ransom was joined by Cam Martinez and Kourt Williams in the No. 2 group. Freshman Kye Stokes continued to impress on Thursday, as he showed his prowess in the running game during the inside run drill — laying down a huge hit on a running back during the session.

There were no surprises at linebacker, as Steele Chambers and Tommy Eichenberg took all of the first team repetitions. Chip Trayanum appeared to be a solid depth piece for the unit on Thursday, flashing his speed and athleticism.

The defensive line’s rotation changed once again on Thursday, showing that the room is still in flux and will likely play with depth.