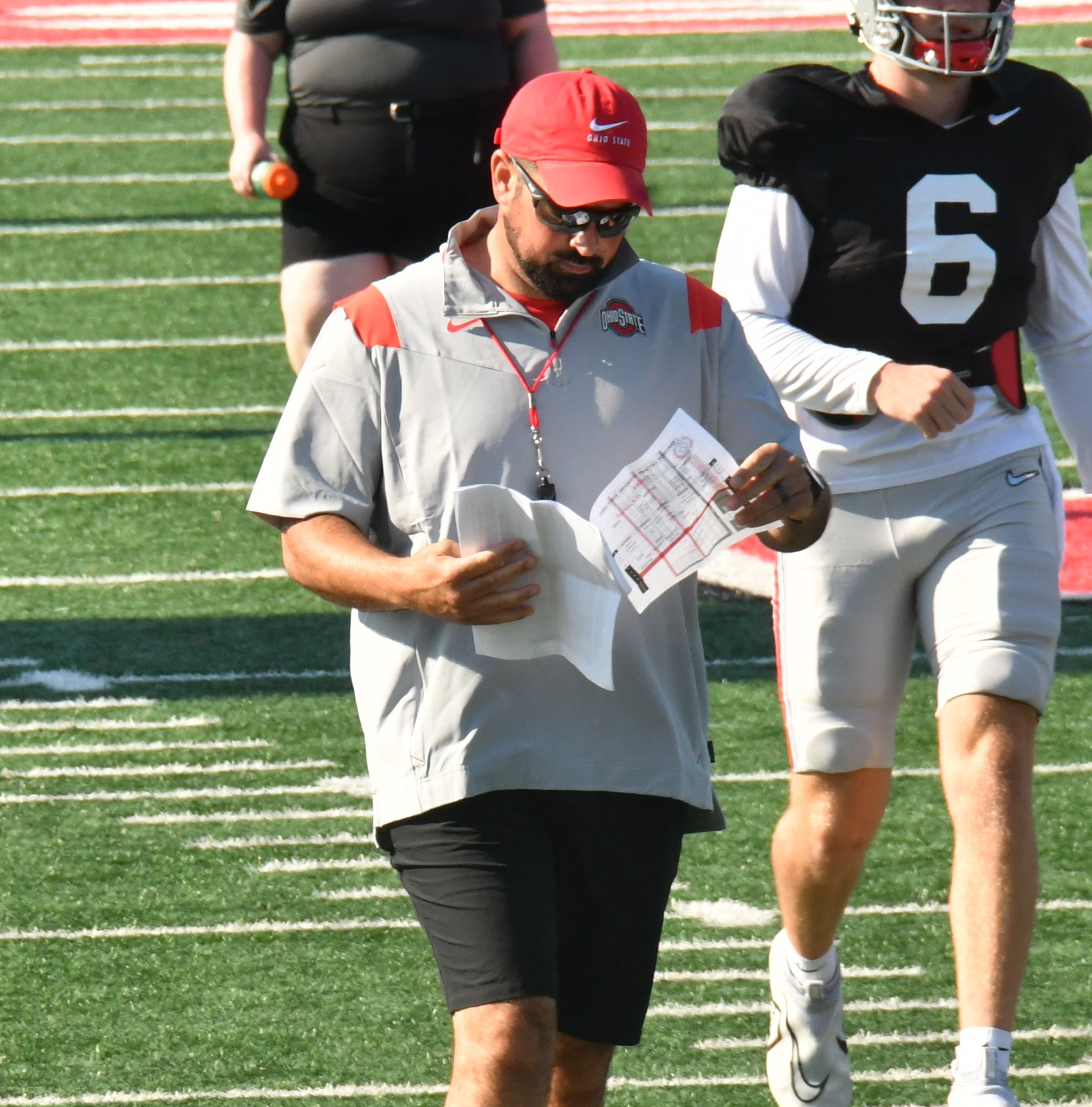 Ohio State started camp off with nearly the entire roster healthy and participating, but a few Buckeyes have recently come up hobbled within the last few practices, specifically at cornerback where Ohio State came into the fall with limited depth.

Sophomore Jordan Hancock limped off the field following practice on Monday and was in attendance at Thursday’s practice in full pads, though he did not participate in any drills, instead opting to hang around the sideline. Cameron Brown, Ohio State’s other presumed starter at corner along with sophomore Denzel Burke, remains on a pitch count during fall camp, but he still participated in Ohio State’s most recent practice.

Head coach Ryan Day said neither situation is expected to be long term, but he is still concerned about Ohio State’s depth at cornerback.

“It’s (a top-three concern),” Day said on Thursday following Ohio State’s seventh fall camp practice. “We need to make sure we’re building depth there. We certainly have some candidates there. A couple of guys are bumped and bruised, but hopefully we’ll get them back soon and keep working.”

Johnson had some extended reps with the ones on Thursday with Brown and Hancock on the mend, and Day said those are the types of contributions that he and the defensive staff are looking for with numbers low for the room.

The lack of bodies at cornerback have led to several personnel changes. Kicker Jake Seibert added a cornerback designation on Ohio State’s roster, presumably to help out in practice, and defensive coordinator Jim Knowles said on Wednesday that third- and second-year safeties Cameron Martinez and Jantzen Dunn have been cross training at safety and cornerback to help fill depth.

“They both have cover skills,” Day said. “At the position they play they have to do a lot of covering. Every time they’re out there they’re learning that skill of playing man-to-man and covering guys, and that says a lot about their skill set. The more versatility they have, the more they can do and the more valuable they are for the defense.”