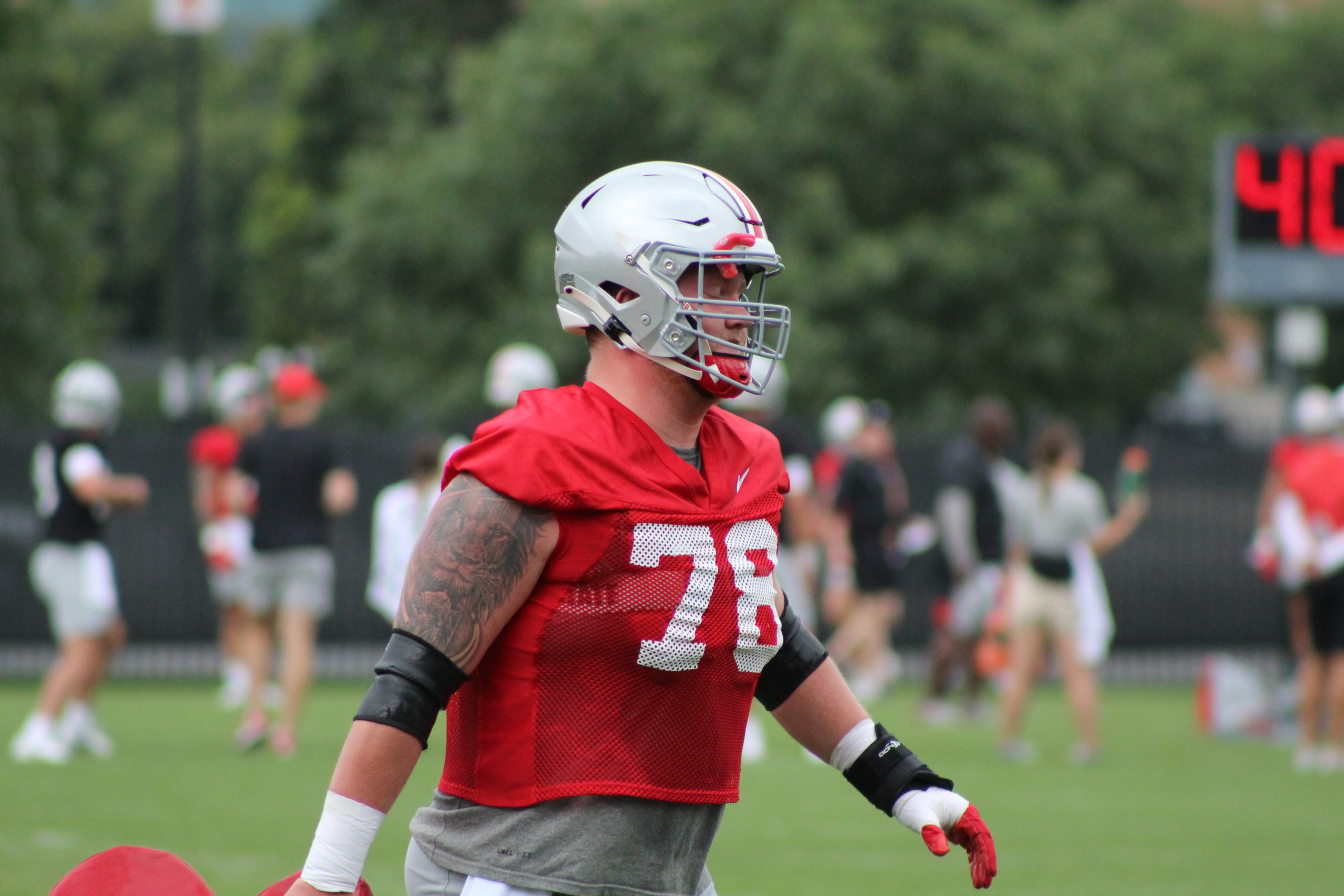 Ohio State’s fall camp continued on Friday as the Buckeyes took the field at the Woody Hayes Athletic Center for the second time this preseason. The Buckeyes will ultimately complete 25 practices over the next month, so things will like look different by the time the season opener against Notre Dame is set to kick off, but here are several observations from Ohio State’s practice session.

The rotation at tight end was mostly consistent with Thursday, with Cade Stover leading the way followed by Gee Scott Jr., Mitch Rossi, though Sam Hart ran fourth on Friday followed by Joe Royer, Bennett Christian, who did not participate on Thursday, Patrick Gurd and Zak Herbstreit.

We also got to see several throws from the quarterbacks. C.J. Stroud was as advertised and presumed backup Kyle McCord looked solid in his brief outing, but it was hard not to notice the talent that Devin Brown posses and the ease at which he ran through drills despite only being on campus for a little over six months.

“I think the first thing is that we have to get C.J. game ready,” Day said Thursday. “That’s the first priority. Then we try to get the other guys as many reps as possible and try to get them in there. Kyle had a really good offseason, so that was great. Devin has worked really hard as well. That’s another guy who has only been here since January. You have to develop those guys. These are a huge three weeks to bring those guys along.”

Of the receivers that Stroud, McCord and Brown threw to, perhaps most notable was Kamryn Babb, who appears to be completely healthy after recovering from several injuries over the past few seasons.