No. 3 LSU Provides Challenge Inside For No. 6 Ohio State 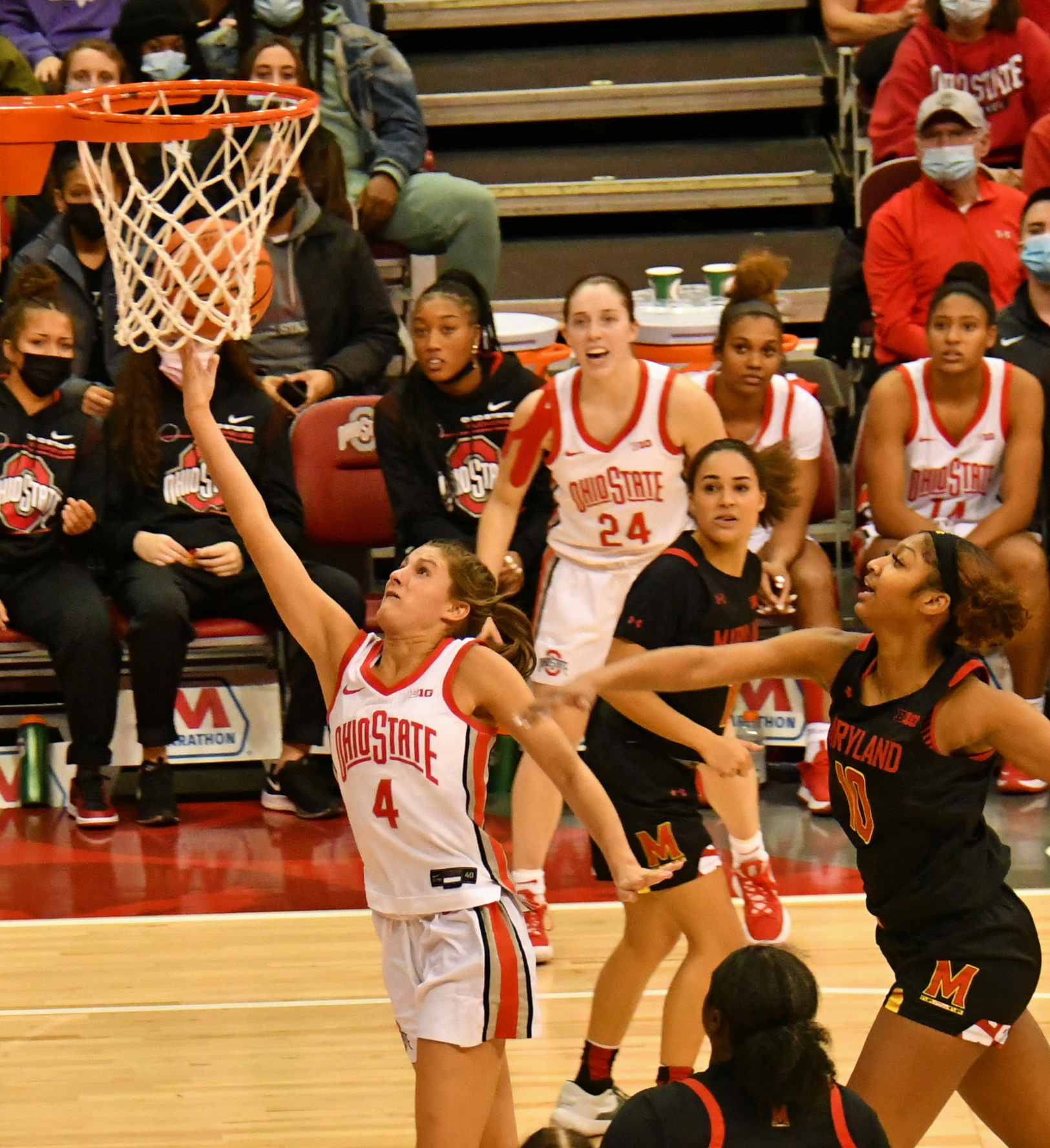 With Ohio State’s high-powered offense and steadily improving defense throughout the season, the one mark against the Buckeyes that they still haven’t figured out is the battle on the boards.

The transfer this past offseason of Dorka Juhasz to UConn and Aaliyah Patty to Texas A&M left the Buckeyes at a significant height disadvantage in most games this season. However, with the exception of four losses this year to Indiana, Michigan (twice) and Maryland in which Ohio State was outrebounded 172-115 in those games, they’ve been able to make things work on the glass.

“I think they’re a really great team,” Ohio State senior guard Braxtin Miller said. “I think it’s definitely going to be a struggle. They crash the boards really hard. Their guards are really skilled and fast. Trying to play defense, box out, get a lot of rebounds, I think is going to be really crucial for us.”

While LSU will look to keep play near the basket, scoring nearly 70 percent of its points this season inside the arc, Ohio State would be wise to focus on the perimeter where the Tigers are among the worst teams in the country defending the deep shot, allowing opponents to shoot 35.2 percent. The Buckeyes are shooting 37.4 percent from deep this season, which ranks sixth in the country.

“I think the biggest thing is to try to limit them,” LSU center Faustine Aifuwa said. “They shoot about eight threes a game. (We) kind of want to cut that in half, and doing that and limiting them to one shot with our rebounding and defense and not allowing them to get easy shots, that’s the biggest thing.”

To get to the second round, the Buckeyes defeated No. 11 Missouri State 63-56, while LSU survived a scare from No. 14 Jackson State, 83-77, after leading by as many as 17. Ohio State’s defense showed further improvement against the Bears, forcing 22 turnovers and holding them to just 33.3 percent from the field.

“I thought their 2-2-1 created a lot of problems (for Missouri State),” LSU head coach Kim Mulkey said. “They tried to beat it on dribble penetration, and they would trap and turn it over. And they stay with their 2-2-1. It’s not just something they do out of desperation. It’s something they’ve committed to. I’ve seen them do it on a missed free throw. So they’re committed to it.”

The Tigers, meanwhile, were outrebounded 46-42 in their opening-round matchup but had three finish in double digits with guards Khayla Pointer and Jailin Cherry going for 26 and 24 points, respctively.

“LSU did what they always do and what Kim’s teams always do,” Ohio State head coach Kevin McGuff said. “They played incredibly hard. They were physical. They defended at a high level. They were really, really aggressive on the boards. Then they had a combination of driving the ball and making open shots from their perimeter players who were very, very talented.”

Tonight’s contest between Ohio State and LSU will tip off at 8 p.m. on ESPN2 from the Maravich Center in Baton Rouge, La., home of the Tigers, who earned the right to host games in the first two rounds as one of the NCAA’s top 16 seeds.