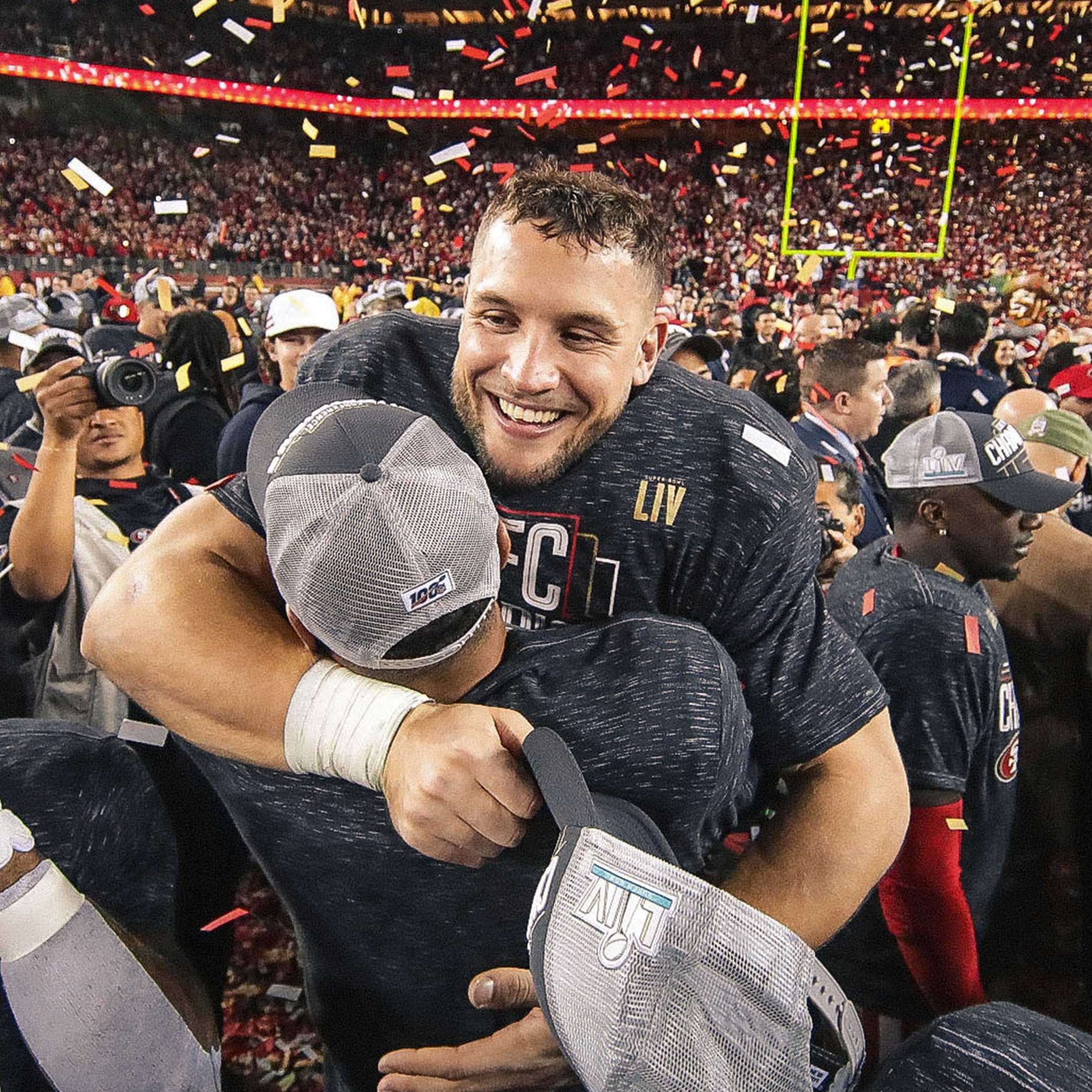 After a NFL Defensive Rookie of the Year season, San Francisco 49ers defensive end Nick Bosa is in Miami hoping to lead the Niners to their sixth Super Bowl win, and first since 1994.

Bosa is the star of the three former Ohio State players that will be playing for the most important trophy in football, with the other two being on his opponent, the Kansas City Chiefs.

In his first year at the professional level, Bosa immediately proved worthy of the No. 2 pick in the NFL Draft,

During the regular season, in which San Francisco finished 13-3 and won the NFC West, Bosa finished with 47 tackles (32 solo), 16 tackles for loss, nine sacks and 25 quarterback hits. And though he did not attend because of the Super Bowl, the former Big Ten Defensive Lineman of the Year was selected to the Pro Bowl.

Bosa also forced a fumble, had two fumble recoveries, two pass deflections and an interception that he returned 46 yards during the regular season.

In his two postseason games against the Packers and the Vikings, Bosa has 10 tackles, (eight solo), three sacks, four quarterback hits and a pass deflection.

Linebacker Darron Lee may see time in the big game, specifically on special teams, and has been used sparsely throughout the season for the AFC Champions.

Lee played in all 16 games for the Chiefs and finished the regular season with 31 tackles, 22 of which were solo. This comes after three consecutive seasons of 73 tackles or more with the New York Jets.

Running back Mike Weber is also a part of the Chiefs’ roster, but will likely not be used during the Super Bowl. Weber was brought on the Chiefs’ practice squad on Jan. 8, and was initially tasked with impersonating Houston Texans running back Carlos Hyde, another Ohio State product, for that playoff matchup.