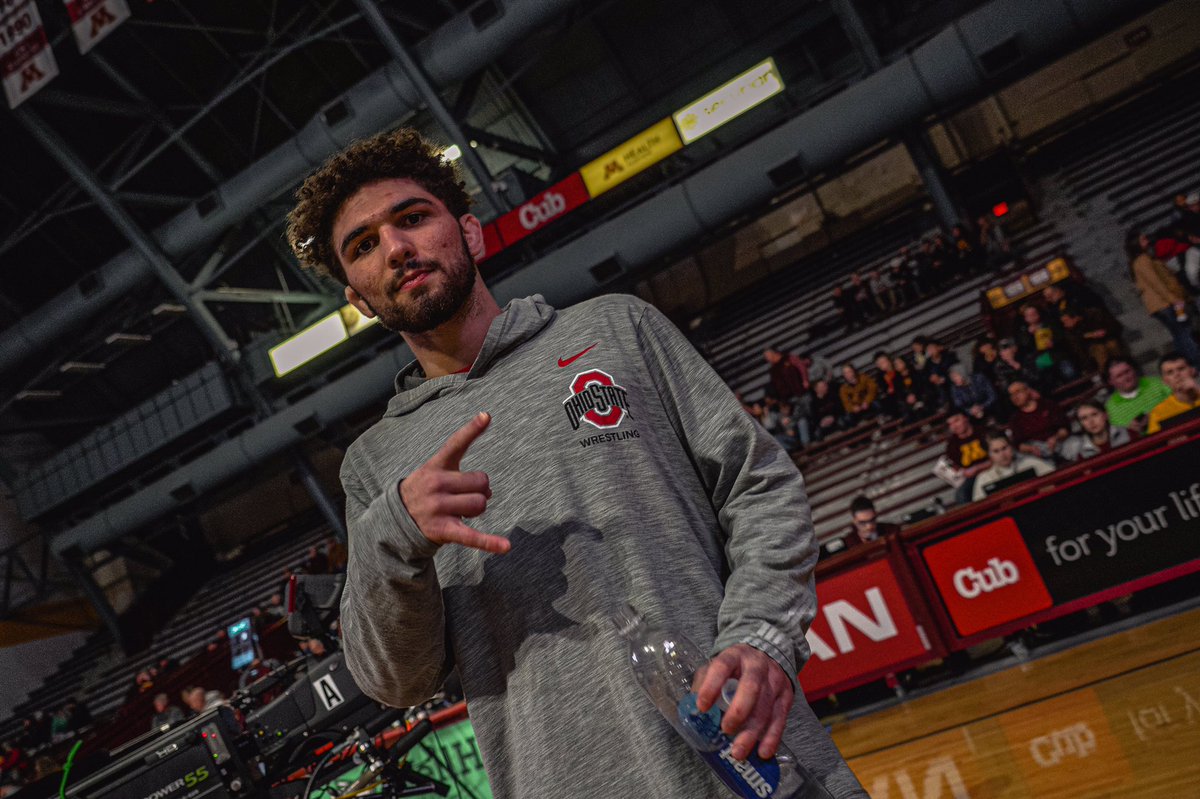 Ohio State may have seen the arrival of its next star on Jan. 24 in Carver Hawkeye Arena, despite a 24-10 team score that saw the Buckeyes beaten solidly by top-ranked Iowa. In the match, No. 4 ranked Ohio State was able to find just three victories, as Iowa’s star-ridden lineup played into the odds and handed the Buckeyes their first conference loss.

Two of those Buckeye victories were certainly expected, with top-ranked stars Luke Pletcher and Kollin Moore facing Iowa’s equivalent of sacrificial lambs at 141 and 197 pounds. The duo combined for for seven of Ohio State’s 10 total points, with Pletcher claiming a bonus point over Carter Happel in a 14-5 major decision.

The final three points were far less expected. Redshirt freshman Sammy Sasso entered Iowa City as the No. 6 wrestler in the 149-pound weight class and left with a legitimate claim to the throne, as he upset top-ranked Pat Lugo in what could have easily been confused for a title bout. The two exchanged excellent defense for three regular periods and two overtime periods, with Sasso coming out on top at the end, 2-1.

One win over a top opponent would have been enough to spark serious conversation about moving the Buckeye up in the weekly FloWrestling rankings, but Sasso wasn’t done. With another opportunity for a top-five victory on Jan. 26 against Minnesota’s Brayton, Lee, Sasso took advantage, avenging his 6-4 loss to Lee in the Cliff Keen Las Vegas Invitational in December.

It was another defensive battle that led to a narrow 4-2 decision over the Golden Gophers star, but it was enough to help catapult the Buckeyes back into the dual win column, while giving Sasso an important individual boost to his overall (18-2) and dual records (9-1), as well as cementing his resume as one of the best wrestlers in the country. The victory over Lee gave Sasso three top 10 victories on the year — no other 149-pounder has more than one.

Despite plenty of chatter, Sasso’s victories weren’t enough to move him into the top slot, as he checked in in the latest polls at No. 2, behind Oklahoma State’s undefeated Boo Lewallen.

“Still, our first instinct was to reward Sasso for the recent success and for having wrestled nearly double the meaningful matches that Lewallen has had so far,” FloWrestling explained. “But in the end, Lewallen had enough wins (he added a victory over All-American Max Thomsen this weekend) and Sasso still had the blemish to Brent Moore in the fall to tip the scales ever so slightly in Lewallen’s favor. ”

Pletcher (141 pounds, No. 1), Moore (197 pounds, No. 1) and Gary Traub (HWT, No. 23) all remained in place in the latest rankings. As a team, the Buckeyes moved to No. 3 in the country in both the Coaches Poll and FloWrestling’s tournament rankings.