Men’s Tennis: Ohio State Looking For Revenge Against No. 1 Texas 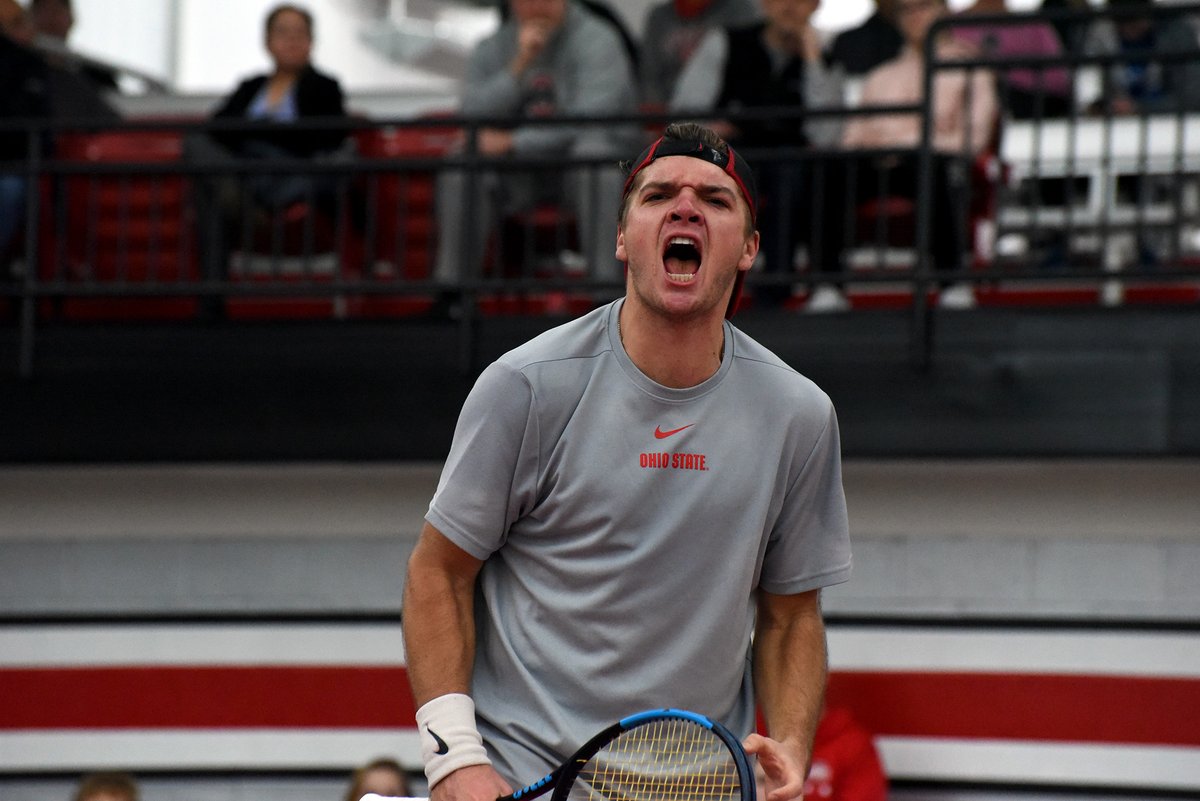 Ohio State men’s tennis is putting one of the nation’s most impressive home records on the line on Feb. 1, as it will play host to the top ranked Texas Longhorns. The Buckeyes, which are 287-1 at home since April of 2003, will have revenge on their minds as they look to topple a Texas team that beat them in Austin last season.

It’s a good time for the match to come up on the schedule for Ohio State, which has started its winter season as well as it could have asked for. The Buckeyes sit at 7-0 on the season and fresh off of a win at the ITA Kickoff Championship, where the sixth-ranked Buckeyes tore through Purdue, Tulsa, and Toledo on the way to the win.

Ohio State has also featured strong individual play early in the winter season, with junior John McNally being named Big Ten Athlete Of The Week on Jan. 28 after a strong showing at the ITA Kickoff. McNally will play in the No. 1 spot for the Buckeyes, and will be expected to thrive if Ohio State is able to pull off the upset on Saturday.

While the opponent may have quite the impressive number next to its name, Ohio State has no plans to change preparation leading up to the matchup.

“Usually on Tuesdays we go pretty hard, first day of the week because Monday is our off day so we go pretty hard,” head coach Ty Tucker elaborated. “Wednesday we go hard for the first hour and a half and then we break down into point play, but we’re not changing up the preparation. Tomorrow we’ll focus more on wha Texas brings to the table, what the strategy for Texas will be and we’ll go from there.”

Ohio State didn’t earn that astounding home record without a strong home court advantage, and Tucker is anticipating another big crowd in the upcoming weekend. With that one loss since 2003 coming against another top-ranked Big 12 team, Oklahoma, in 2015, Ohio State is on high alert.

“When we fill up the varsity tennis center here it’s a pretty good feeling,” Tucker said. “You get five, six-hundred people out here to watch, we’ve never played a bad match when we’ve got a full crowd. It’s hard, when the whole crowd is for you, to not step up and have the energy behind you.
“At the same time, one, two, three inches will separate us from the Longhorns and we’re just hoping to come out on top.”
While it may not be in the front of the minds of Buckeye coaches or players, there is a sense that this match can serve as a chance to establish Ohio State as a legitimate title contender, as well as a real opportunity to claim a key victory in what has become a bit of a rivalry between two of the NCAA’s top teams. There’s an air of importance around the matchup that Ohio State is embracing, and that it hopes fans will feel too.
“Hopefully we can get a big crowd here,” McNally said. “Usually for our big matches we have pretty decent crowds and I think we play our best tennis when our crowds are big. Last year we played at their place and they packed it on us and made us feel the pressure and they beat us when we were number one in the country. I think it’s time to return the favor.”
The Buckeyes and Longhorns will square off at Noon at the Varsity Tennis Center.