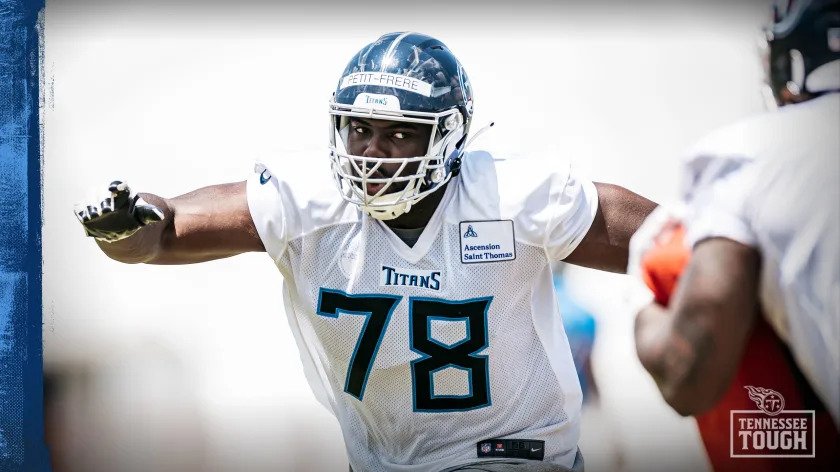 Former Ohio State offensive lineman Nicholas Petit-Frere agreed to terms on Thursday with the Tennessee Titans, who drafted Petit-Frere with the 69th overall pick in the 2022 NFL Draft.

Financial details were not released, but it’s a good assumption that Petit-Frere – who appeared in 35 games with 20 starts at Ohio State and earned first-team All-American honors and was named first-team All-Big Ten by the coaches and media in 2021 – will be well-compensated for his services.

Petit-Frere becomes the fifth member of Ohio State’s six-man draft class to sign his contract, leaving former tight end Jeremy Ruckert as the only one yet to ink his contract. Ruckert, who was taken by the New York Jets with the No. 101 overall pick, is the only former Buckeye to remain unsigned.

Garrett Wilson, who was taken with the No. 10 overall selection by the Jets, signed the largest contract among his Ohio State peers, inking a four-year, $20.55 million contracts. Chris Olave was not far behind Wilson, selected one pick later by the New Orleans Saints and signing a four-year deal worth just north of $19.2 million.

Defensive end Tyreke Smith was taken by the Seattle Seahawks in the fifth round and signed a four-year deal worth $3,980,975 with a $320,976 signing bonus, while offensive lineman Thayer Munford, who was selected in the seventh round by the Las Vegas Raiders and signed for four years and $3,757,060.