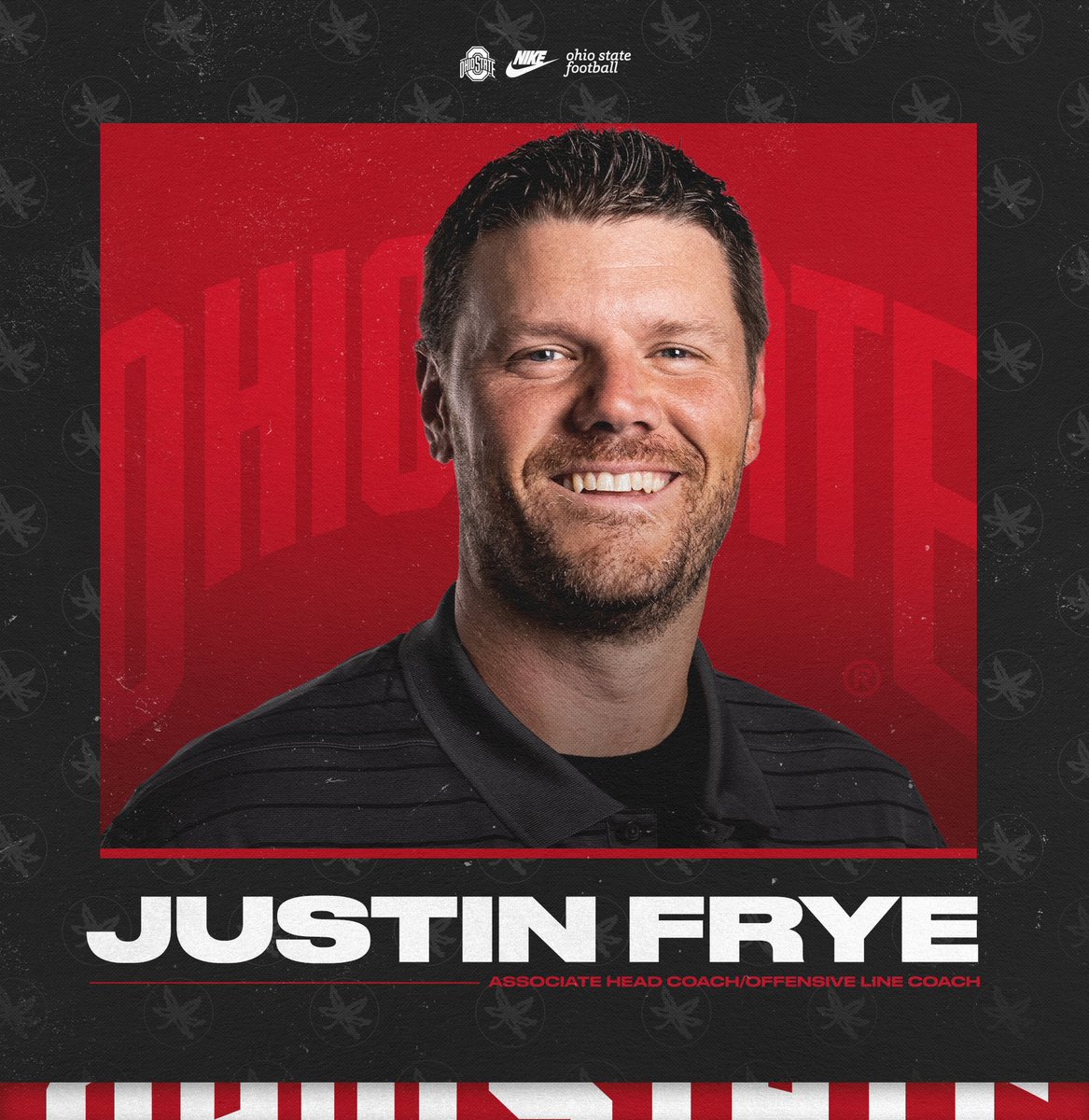 One of the first things Ohio State offensive line coach Justin Frye realized when he joined the Buckeyes was the impact of the Block O on his attire. When you walk through the front door of a school, he said, it’s something that people notice.

Now, with several months on the recruiting trail for Ohio State and a pair of 2023 offensive line commitments under his belt in Findlay, Ohio, four-star Luke Montgomery and Middletown (Ohio) Lakota East four-star Austin Siereveld, he’s noticed not just the pedigree of his new school, but the quality of recruits that he is pursuing.

“The crossover from where I came from to here, we weren’t a lot of the same guys, so just get on the road and get running,” he said earlier this month. “Talk to the coaches, talk to the kids, try to get as many guys on campus as you can. I mean, recruiting is recruiting. It’s just going after bigger, better fish here. The adjustment for that was guys that you see on the internet and watch their tape and you’re like, ‘Wow, it’d be really good to coach those guys.’ Now you get to go after those guys a little bit.”

Though Frye is involved with more four- and five-star prospects at Ohio State than he was at UCLA or Boston College – namely Braintree (Mass.) Thayer Academy five-star Samson Okunlola (6-6, 295), Ramsey (N.J.) Don Bosco Prep four-star Chase Bistonis (6-5, 290) and Windsor (Conn.) Loomis Chaffee four-star Olaus Alinen (6-6, 315), among others – the recruiting process has not changed.

It begins and ends with explaining how a recruit would be developed at Ohio State, and the pitch writes itself for the Buckeyes who have seen eight offensive lineman taken in the last five NFL Drafts, with Nicholas Petit-Frere and Thayer Munford hearing their names called in the most recent draft.

“You’ve just got to tell these guys how you’re going to develop them. Tell them about this place. And you really don’t sell kids in recruiting – it’s information. You give it to them,” Frye said. “So, if you’re a high-caliber kid that wants to play at the top level, compete for national championships and conference championships, that’s what this place is. And then how can we get you there based off how we feed them, how we train and how we coach them.

“So, you just kind of try to pepper him with all the different information that they can have, so that they feel good about it. And then along the way, you build a really good relationship with, you know, their likes or dislikes, buttons to push for the kid, what drives them, kind of those types of things.”

Right now, Frye said the focus is on finishing the 2023 class, looking at guys in 2024 and beginning to evaluate the 2025 crop, as well as filling up spots for Ohio State’s upcoming June camps.

“You’re trying to go out and see kids again. The biggest thing, especially (with) linemen, is you can see a kid in the fall that maybe he was 240 and now you go back and see him in a spring and he’s 280, and that’s natural maturation,” he said. “All of a sudden that guy becomes a guy, he gets on the radar. You can never stop recruiting.”

Part of the process is ensuring that he’s seeing as many schools as he can and covering his area. He said earlier in May that he had spent the last couple of weeks hitting every high school in his area because that’s a focus for both himself and head coach Ryan Day.

“It never stops,” he said. “Recruiting’s like brushing your teeth – you’ve got to get up in the morning and do it every day.”