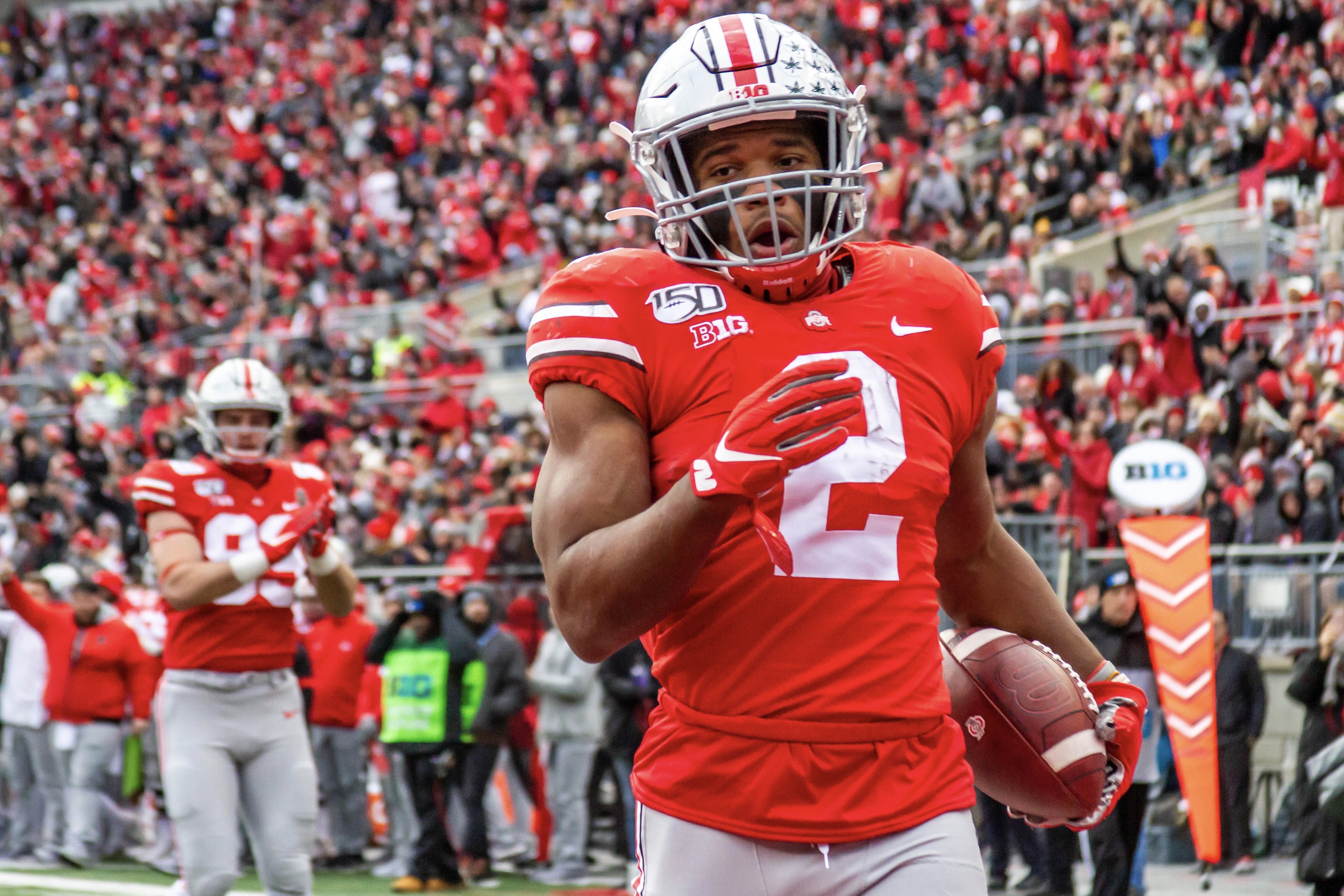 Defensive end Chase Young and cornerback Jeff Okudah continue to show up at the top of the first round in every single mock draft – albeit, with some interesting placements in a few of them – while running back J.K. Dobbins appears to have the potential to sneak into the opening round with his two defensive teammates.

Here are five mock drafts, ranging from just the first round to all seven rounds, and where Ohio State players are expected to go within them when the draft finally arrives on April 23.

No surprises here, with Young and Okudah going back to back in the top three as many are predicting. But Ventras does say that those picks, especially Okudah at third, feel less than secure.

“The Lions are a prime trade-down candidate (an effort they may have been trying to grease the wheels of with the news of their pre-draft teleconferences with QBs),” Ventras wrote. “If they stay put, I’ll join the chorus of mock drafts linking them to Okudah, a complete corner who is both good in coverage and a willing tackler.”

Meanwhile, for Young, Ventras said that while there might be some quarterback controversy between newly acquired Kyle Allen and former Ohio State signal caller Dwayne Haskins, Ron Rivera likely can’t pass up the talent that the Heisman Trophy finalist defensive end possesses.

Same old, same old for the pair of consensus All-Americans. Middlehurst-Schwartz echoes a lot of the same sentiments as Ventras did on how these two picks are looking.

“While leaving the door open for a possible trade, Ron Rivera made clear in a news conference last week he wouldn’t sacrifice the opportunity to draft a “high-impact” player, of which he said there were only “a few” in this class,” Middlehurst-Schwartz wrote. “Chalk that up as another indicator that Washington is bound to take Young, the premier pass rusher and defensive prospect this year.”

Chaos, that’s what Fornelli sees in the opening portion of the round, and it is all because of the desire for teams to trade up for a quarterback.

Fornelli has picks No. 1, 2 and 3 all being dished out to quarterbacks, with the Cincinnati Bengals taking LSU’s Joe Burrow first, Miami trading up to the second spot to take Oregon’s Justin Herbert and then Jacksonville moving up to three and taking Alabama’s Tua Tagovailoa.

That leaves the Giants with Young, arguably the most talented player in the draft, basically falling into their laps. With teams at No. 5 and No. 6 going for offensive line help, that drops Okudah to seventh with the Carolina Panthers, where he can team up with another former Buckeye in Curtis Samuel.

Jeff Okudah, First Round, Pick No. 5 (DET via trade)

At the front, Young and Okudah again go to Washington and Detroit, though the Ohio State corner falls to fifth here after the Lions traded with the Miami Dolphins to take Tagovailoa.

From there, only Ohio State’s key nose tackle gets selected in the second round. Hamilton is one of two Buckeyes in this mock draft to be projected as taken by the home-state Cleveland Browns, with the other being offensive lineman Jonah Jackson late in the third round.

Dobbins slips to the third round in this mock, while a pair of difference makers on the defensive side of the ball in Arnette and Harrison make their ways to the Dallas Cowboys and Denver Broncos, respectively.

Brugler’s full mock draft has nine Buckeyes selected, starting with the usual suspects of Young and Okudah at the top. But Brugler also has Dobbins selected late in the first round by the Miami Dolphins, who would be making their third selection of the round.

Dobbins took a late visit to Miami right before the NFL canceled all visits due to spread of the coronavirus, so the interest is there. Following Dobbins is Arnette, whose selection late in the second round to the Tennessee Titans represents the only Ohio State player selected in that round.

Three more Buckeyes are slotted in the third round, with Hamilton, Harrison and wide receiver K.J. Hill, who goes to the New England Patriots as they move on from Tom Brady.

Jackson is projected to join Okudah in Detroit at the 109th pick, and rounding out the Ohio State selections is safety Jordan Fuller, who goes to the Dallas Cowboys with the last pick in the fifth round.